RACE: 55th Running of the Rolex 24 At Daytona

A LOOK BACK AT DAYTONA HISTORY: Though new to the GTD class, Michael Shank Racing is one of the most experienced in the paddock when it comes to the rigorous Rolex 24 At Daytona. The team has competed in the event since 2004 and as the winners of the 2012 50th Anniversary running of the Rolex 24, Michael Shank Racing knows the combination it takes to come out on top. 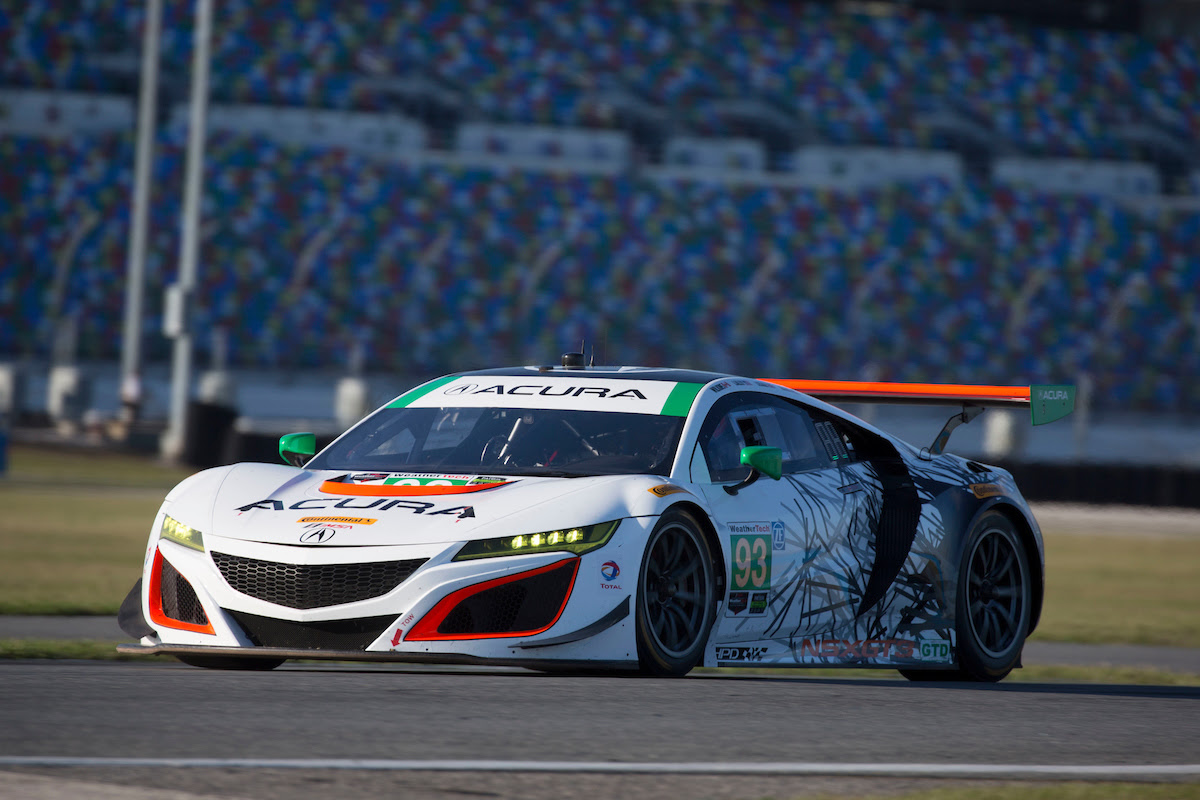 NEW FOR 2017: In addition to the brand new cars and drivers in the Michael Shank Racing stable, the team has also added seven additional team members for the two car-effort. New for 2017 is Team Manager Tim Keene, who spent time in a management role at DeltaWing Racing and Chip Ganassi 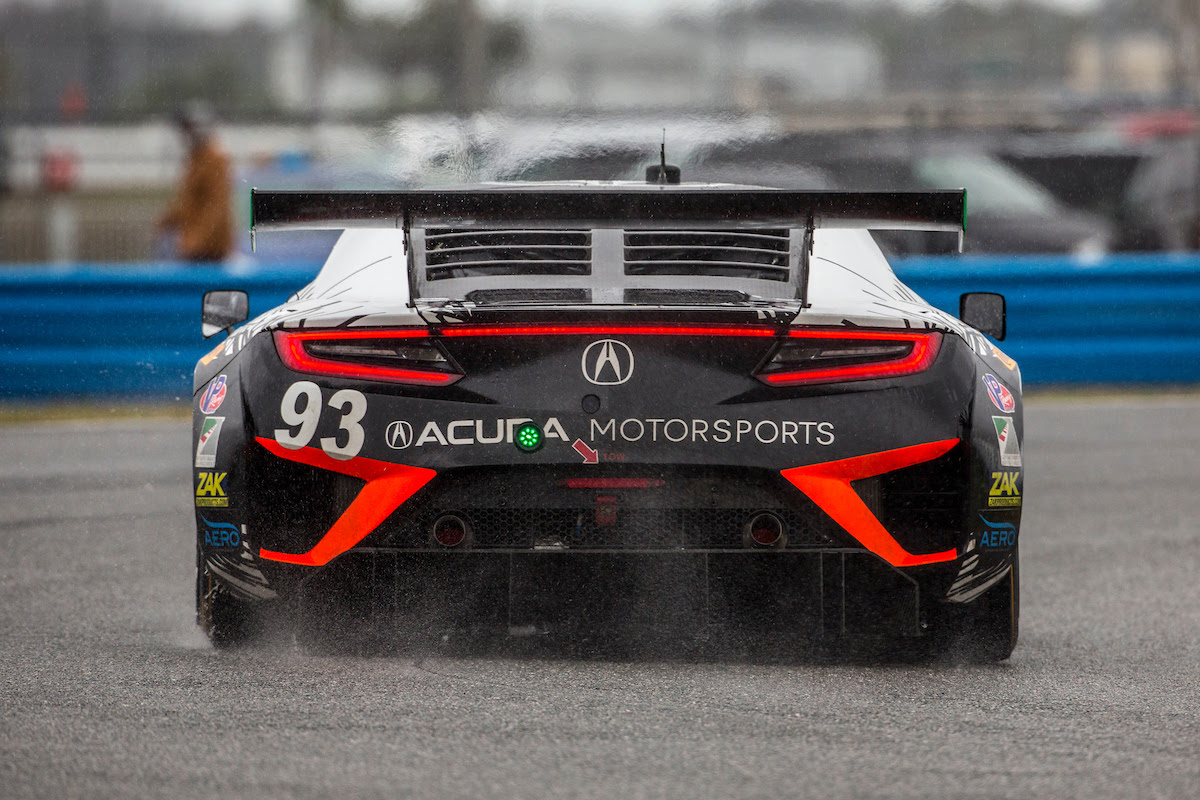 IT’S A FIRST: Tom Dyer will make his first start in the 2017 Rolex 24 At Daytona as he makes his first IMSA WeatherTech SportsCar Championship start. He competed in the IMSA Continental Tire SportsCar Challenge Daytona event twice in 2012 and 2013 with a best finish of fifth in the ST class (2012).

Though new to the Rolex 24, Dyer has plenty of experience in 24 hour races. He’s participated in several 24 Hour events including: 24 Hours of Dubai, 24 Hours of Barcelona, 24 Hours at Paul Ricard, and the 25 Hours of ThunderHill. In addition to the 2017 Rolex 24 At Daytona, Dyer will also compete in 24 hourraces at Paul Ricard (May), Portimao, Portugal (August), COTA (November) and the 25 hours of Thunderhill (December).

FOUR TIMES AROUND THE CLOCK: Though Tom Dyer will make his first Rolex 24 Hour start this weekend, he’s already completed a first twice around the clock event this month. Direct from the Roar, 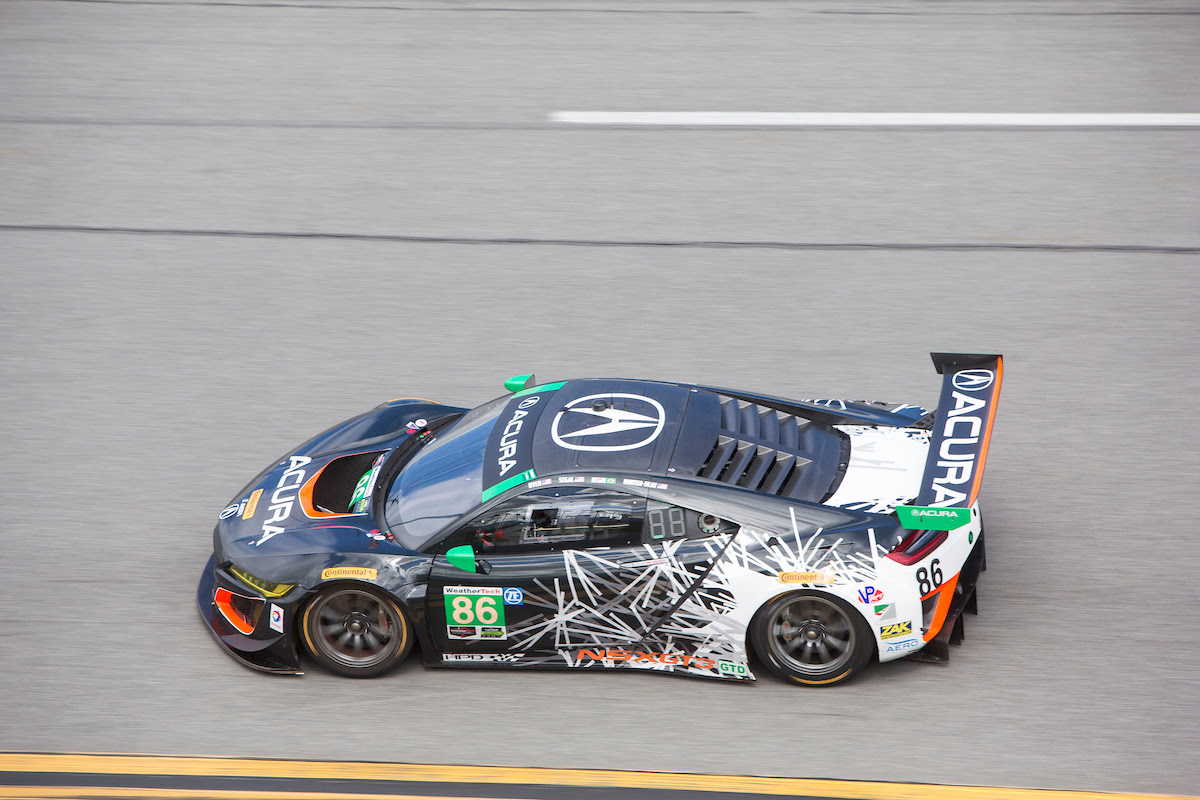 Dyer hopped on a plane to take part in the 24 Hours of Dubai and packed in some serious preparation for his next 24-hour enduro this week at Daytona.

WILKINS, RAHAL, RHR ALL BACK WITH MSR: Endurance drivers Mark Wilkins, Graham Rahal, and Ryan Hunter-Reay have all driven for Michael Shank Racing in previous Rolex 24 events. Wilkins joined the team in 2010 and finished fifth alongside Ozz Negri, Burt Frisselle, and John Pew. Graham Rahal teamed with Michael Shank Racing in the 2008 Rolex 24 for a sixth place finish with Negri, Mark Patterson, and Justin Wilson. Ryan Hunter-Reay was part of the 2008 Rolex 24 effort in which he co-drove with Ozz Negri, Mark Patterson, and Colin Braun.

Ozz Negri, No. 86 Acura NSX GT3: “My role is to do the best job that I can for Michael Shank Racing. Mike Shank is the guy that I’ve been with for such a long time. I’m a professional and he’s my boss. I know he’s got a lot to deliver for Acura and my state of my mind is that I have to do whatever I can to help. I enjoy driving the Acura a lot more than I thought I would coming from racing a Prototype for so long. It’s a cool car. It’s a different approach than what I’m used to in the Prototype but it’s a race car and I’m a race car driver so I’m adapting to it. Jeff (Segal) has been helping me out so it’s been good.”

Jeff Segal, No. 86 Acura NSX GT3: “This year’s Rolex 24 will be interesting. I think we have a really strong team. We have a lot of experience here. The team has won this race before and we have a lot of drivers on the team that have won this race before. So we certainly know what we need to do. We’re doing everything possible. Right now it’s very difficult to predict – 24 hours is a very long time particularly for a brand new car. All we can do is maximize the things we can control and cross our fingers on some of the other things. We take comfort in the fact that everything that can be done is being done right now, so that’s all that we can do.”

Tom Dyer, No. 86 Acura NSX GT3: “It’s definitely cool to be a part of. As this effort has come together, it’s been growing and getting better. Now that we’ve made a lot of progress, this will be the first opportunity to see where everybody stacks up. It felt good that we could crack the top-10 and top-five with regularity at the Roar, I think that bodes well with the amount of work everybody has been doing. I think we can be considered a contender. This will be my first Rolex 24, and it’s very cool. I’ve done a few 24 hour events before, but this will be my first Rolex 24 and to be part of an effort like this is just icing on the cake.”

Ryan Hunter-Reay, No. 86 Acura NSX GT3: “I’m thrilled to be a part of such an enormous effort on behalf of Acura and Michael Shank Racing. It’s been a long anticipated debut of the NSX. People have been waiting almost a decade for this car to come out. It’s great to finally be on track and having been a part of the development process has been rewarding and fun. Hopefully we can have a first good race for it. It certainly looks the part and every session on track we’ve been getting closer to making it a car that can contend for the race win. One step at a time. I’m just thrilled to be a part of this and to be back with my Honda/Acura family.”

Andy Lally, No. 93 Acura NSX GT3: “Daytona is such a unique circuit because it is essentially two circuits in one. It’s a long track at 3.56 miles and we have so much of it where we’re flat out on the high banks of Daytona and so much of it where we’re on the completely flat, tight hairpin switchbacks on the infield. So there’s always a compromise with the chassis set up where we have to make the best of both worlds and kind of find where we need our strong points to be. That’s not only a lap time thing, it’s a strategic thing when we race – where the lap time may not be as strong, but when we’re in a pack we may be able to battle better and find the weak points of our competitors.”

Katherine Legge, No. 93 Acura NSX GT3: “It’s really exciting to be a part of such a good team for the Rolex 24. The professionalism of everyone at Michael Shank Racing and HPD is just a really neat experience. As far as our expectations, nobody really knows. Until we get into the actual race, managing expectations is going to be key because nobody really knows where everyone else is at.”

Mark Wilkins, No. 93 Acura NSX GT3: “It’s great to be back with Michael Shank Racing, we just have a fantastic driving line up in the No. 93. I’m really excited to drive with this group. We had a strong test at the Roar – we did a ton of work. It’s been a huge effort and we all really appreciate it. The car is working really well. I am very excited.”

Graham Rahal, No. 93 Acura NSX GT3: “It’s great to be back with Mike (Shank) – we’re a couple of central Ohio guys. This team has done a tremendous job over the years so it’s cool to see them get the opportunity to run the NSX for Acura. Having been a little bit involved in the development of the car originally – the street car and now to get the first taste of the GT3 car in racing action at Daytona will be pretty cool. It’s a great opportunity for me and I’m excited to continue my relationship with American Honda and Acura and keep this thing going.”