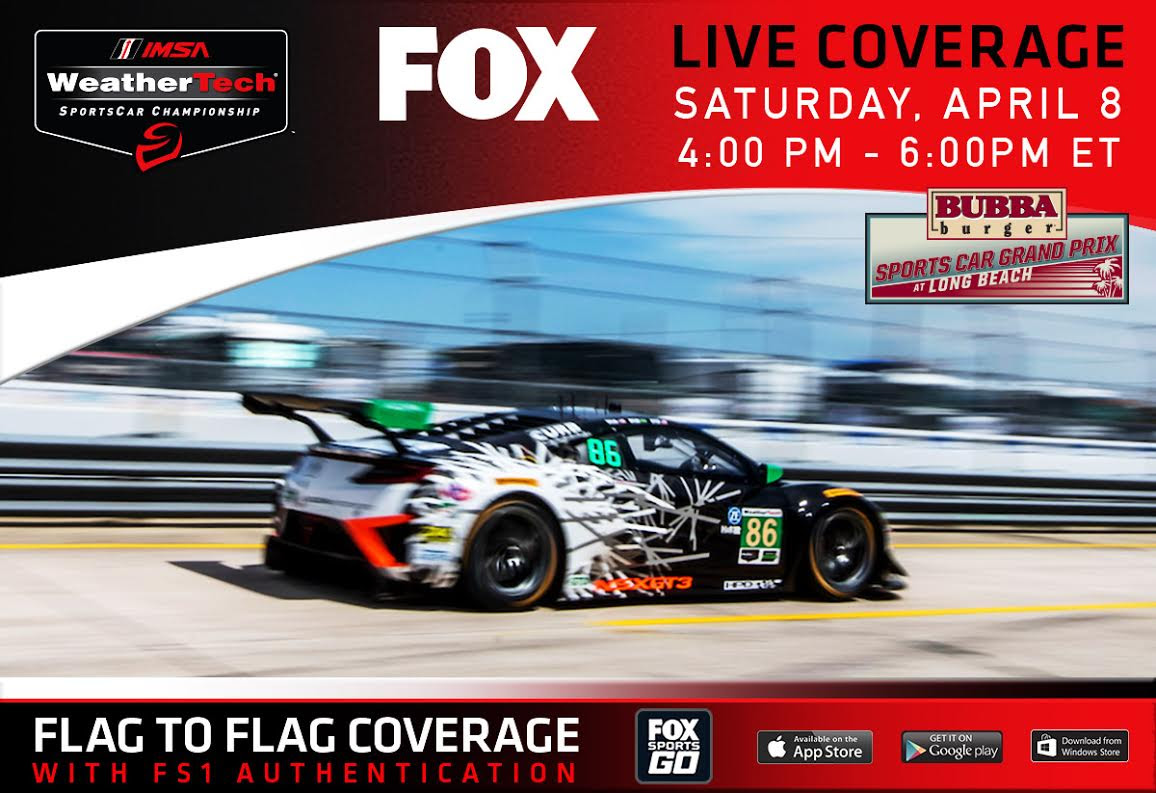 A LOOK AT LONG BEACH HISTORY: Michael Shank Racing’s best start at Long Beach came in 2014 when Ozz Negri put the No. 60 Ford Ecoboost Riley on the front row of the grid with a second place starting position. The car also scored the fastest lap of the race that year with Negri at the wheel.

LONG BEACH DRIVER HIGHLIGHTS:
Katherine Legge: Legge made her first start at Long Beach in 2005 when she won the season-opening Toyota Atlantic race which was her first victory in North America. She went on to compete in two Champ Car races at the track and several more Long Beach events in ALMS and IMSA WeatherTech Prototype competition.

Andy Lally: Lally made his one and only Long Beach start in 2010 when he filled in last minute for Mark Thomas who was unable to make his flight from Germany after an Icelandic volcano eruption. Lally drove the TRG No. 63 Porsche and put it on the front row in qualifying after only one day of practice.

IT’S A FIRST: Jeff Segal will make his first start at Long Beach on Saturday, but he and co-driver Ozz Negri have been working together to make sure the duo is well-prepared. Segal and Negri spent time at GPX Driver Development Lab last week with Negri offering advice to Segal as the duo each took laps 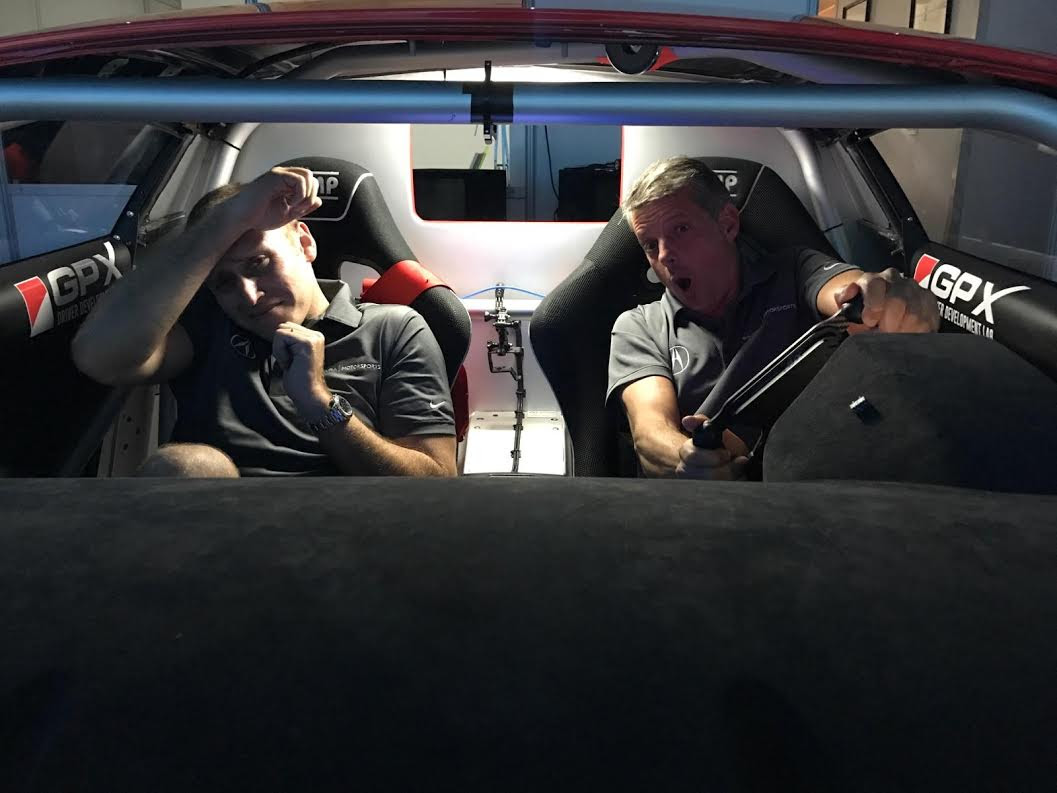 around the Long Beach street circuit in the simulator. GPX utilizes the latest computer simulation technology to revolutionize the driver-coaching processes and accelerate real-life on track performance gains.

Segal: “Working with Ozz (Negri) at the simulator was a really useful experience for me. Imagine doing a track walk with an experienced teammate, and then having the chance to try out a few of the tricks that he has shown to make sure that you understand them properly… that was exactly what we did!  I rode for a bunch of laps with Ozz, he rode for a bunch of laps with me, and in the end I think we both benefited tremendously in being that much more prepared for the first session at Long Beach. Obviously I still need to be respectful of driving a new track, especially when the walls are so close like at Long Beach, but now I feel like I have a great idea of the rhythm, the focal points, and the keys to a fast lap.”

KEENE SUCCESS AT LONG BEACH: As Michael Shank Racing General Manager Tim Keene returns to Long Beach this weekend, he has many fond memories of his time at the circuit. His success at the track includes Jimmy Vasser’s win in 1996 and Alex Zanardi’s come from behind win in 1998 by passing Bryan Herta with just two laps left in the race. He was also part of Juan Montoya’s first CART race win at Long Beach as a rookie in 1999, which then began a march to the championship title. On the sports car side, Keene won with Scott Pruett and Luis Diaz in 2006, which was the first time the GRAND-AM Rolex Series had run the streets of Long Beach.

SEBRING REWIND: Despite facing a few challenges throughout Round 2 of the championship at Sebring International Raceway, the Michael Shank Racing team persevered with its two-car effort as the group took in valuable information about its Acura NSX GT3 machines. 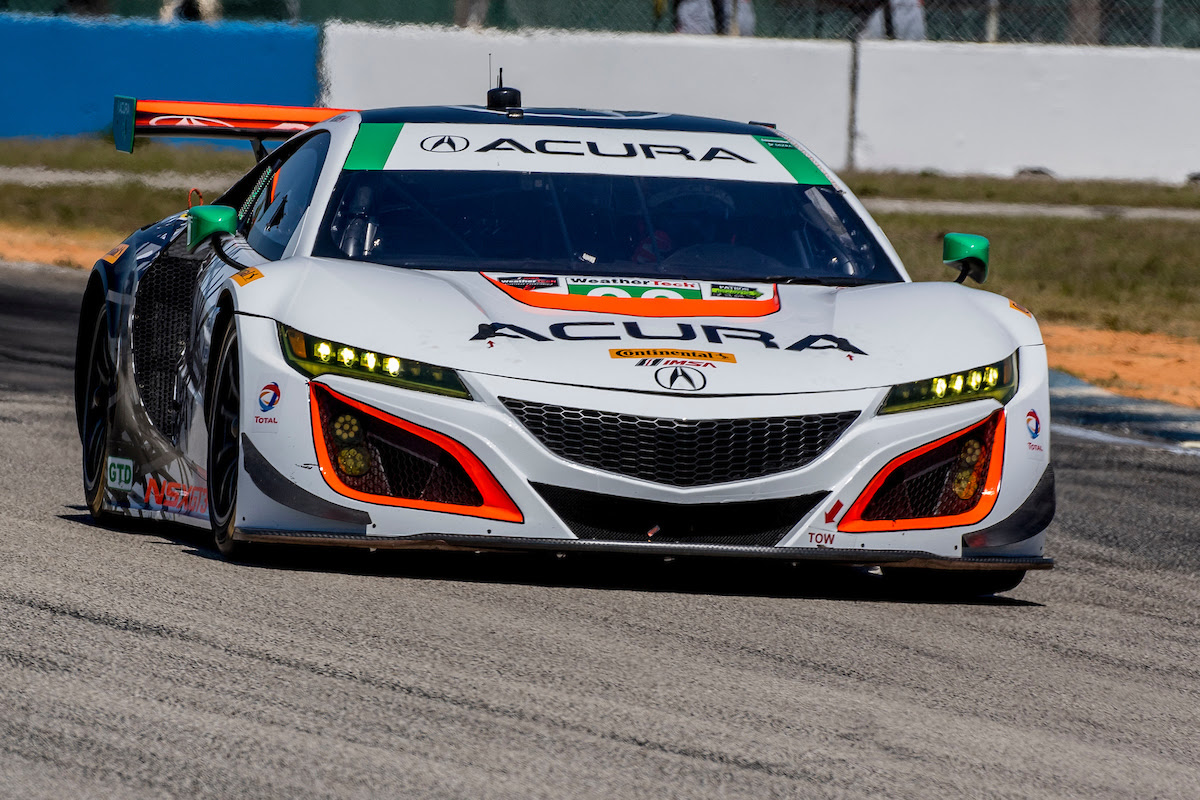 The No. 86 effort came back from issues earlier in the weekend which saw the team’s practice sessions cut short – first by a clutch issue, and then by contact. Key strategy in the final stages of the race saw the No. 86 return to the lead lap when a full course caution was displayed at just the right moment. Once back on the lead lap, Tom Dyer – who was tabbed to anchor the team to the finish – remained in the top-10 and moved up to eighth at the checkered flag.

The No. 93 Acura NSX GT3 once again showed promise in the early going of the race despite some ongoing boost issues. Targeting a top-five finish, disappointment came just prior to the halfway point of the race when the left front shock failed on the Acura machine. The team spent less than 15 minutes on pit lane for the repair, but the time spent stationary was enough to see the car fall several laps down to the GTD class leader and ultimately take 14th at the finish.

EXTENDED STAY: All four Michael Shank Racing drivers will take an extended stay in California to take part in activities at both HPD and American Honda on Monday, April 10. The drivers will participate in Q&A sessions, autograph sessions, and meet with associates of HPD and American Honda along with fellow Honda & Acura drivers from the IndyCar Series and World Challenge. 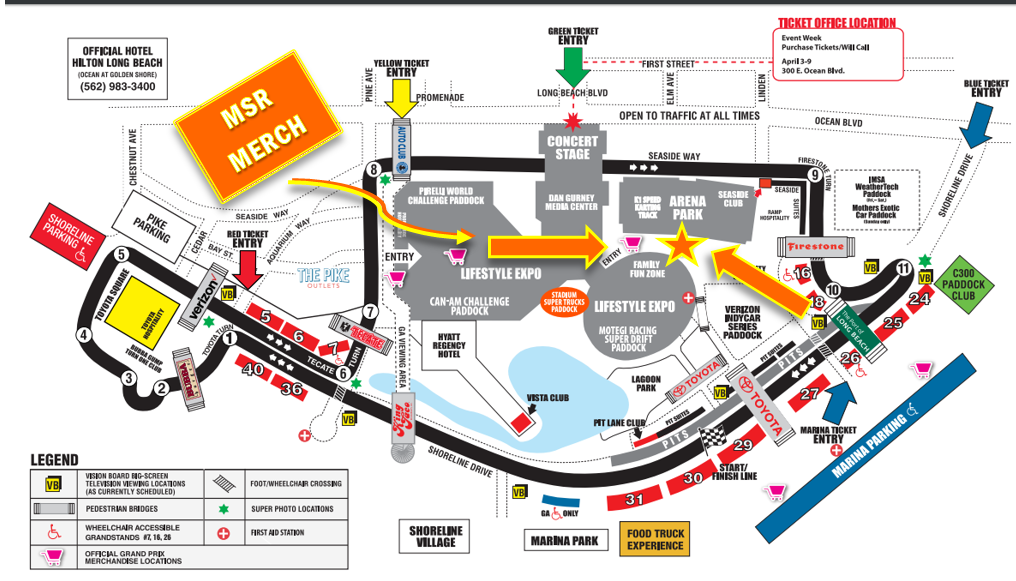 graphic design company, to produce a variety of new items. A range of t-shirts, fleece tops, and hats with various designs will be available with shirt sizes including Men S-3XL, Women XS-2XL, and Kid 2T-Youth L. Merchandise can be purchased at Long Beach in the vendor area located just across from the footbridge that leads to the IMSA paddock.

All four Michael Shank Racing drivers will sign autographs at the merchandise tent on Friday, April 7 from 1:00 PM – 1:30 PM.

DRIVER QUOTES:
Ozz Negri, No. 86 Acura NSX GT3: “As far as racing here for the first time in GTD, I’ve had experience here in other forms of racing so I know where to place the car. I know the track and I know where the worst bumps are. Just like it was for me in Daytona – I have to change my driving style to suit the GTD car and I will have to do it at Long Beach also. I’ve been looking at the onboard video from other GT cars around Long Beach, trying to be as prepared as possible. I really like the Long Beach track so I’m looking forward to it.”

Jeff Segal, No. 86 Acura NSX GT3: “Long Beach should be an interesting one for us. This is the first time that the GTD class has participated at Long Beach, and as such it will also be my debut at that circuit! I’m looking forward to racing at such a storied event, and hoping that the track layout suits the strengths of our Acura NSX GT3. I’m planning to lean on the experience that Ozz (Negri) has to get up to speed quickly, which will be critical with such little track time at this event. A 100-minute race obviously doesn’t leave any time to rebound from any issues, and track position will be vital. We will be hoping for a strong qualifying, and an incident-free race!”

Andy Lally, No. 93 Acura NSX GT3: “I think we will see a step up in performance from our Michael Shank Racing Acura NSX GT3. This is a massive learning process for all involved and we are getting a better idea each time we race about what the car wants. I think everyone will see a slightly evolved NSX as we try our best to charge forward. The strategy for Long Beach will be a bit different than the longer races we just completed. Although every lap will be flat out, just like it has been all year, our strategies for tires and fuel may see some tweaks and adjustments. GT3 cars are so strong in recent years that you have no choice but to be 100% every lap. That said, a street circuit is the first place that will tear your car to bits when you step over the line to 100.1% and Long Beach is no exception.”

Katherine Legge, No. 93 Acura NSX GT3: “Long Beach is one of my favorite tracks and was my first race win in North America. I am hoping for a repeat for Acura at their home race! So far both Daytona and Sebring have basically been long sprint races for us! Both Mike (Shank) and Tim (Keene) are excellent strategists and that will play a big role here, with no room for error in every way in this short street race.”