TRACK: At 3.4-miles, the 20-turn counterclockwise circuit takes advantage of the naturally undulating southwest Texas landscape, including an intimidating 133-foot hill at Turn 1. 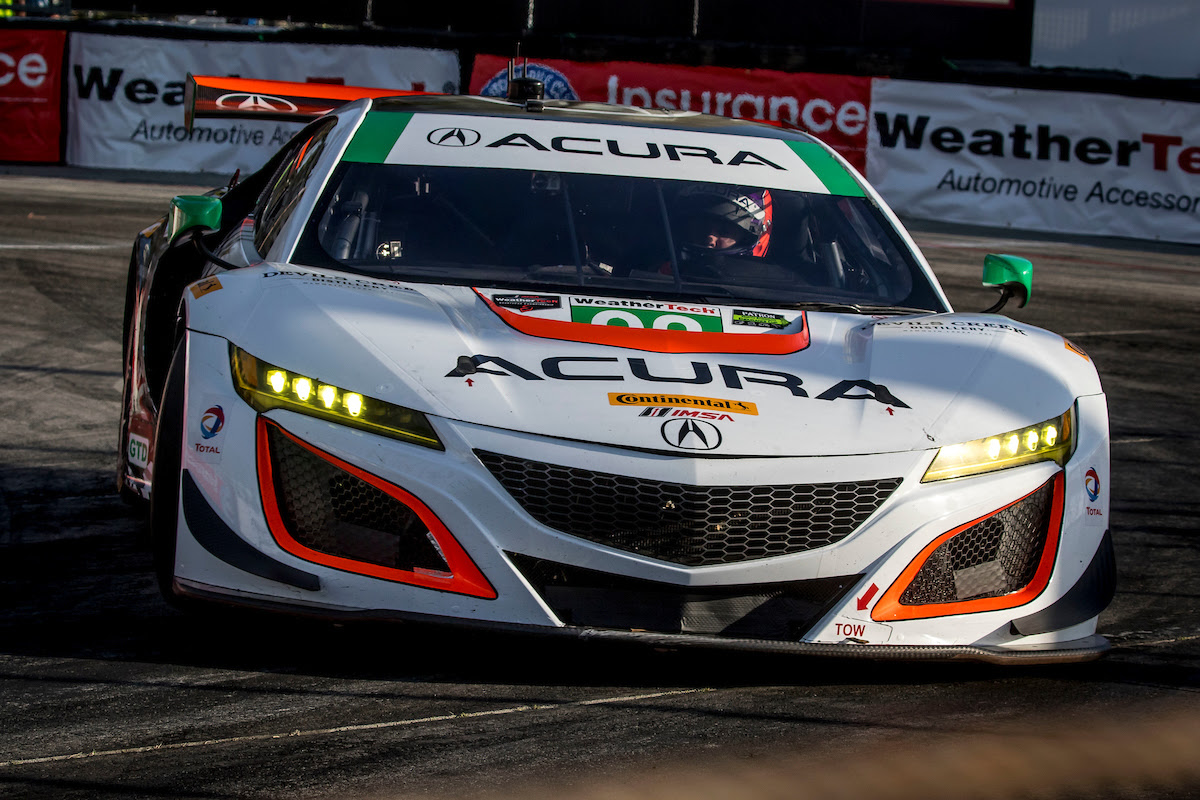 A LOOK AT COTA HISTORY: Having made four starts at Circuit of the Americas in Prototype competition, Michael Shank Racing’s best finish at the track of fourth came in 2015 after Ozz Negri scored a front row starting spot in qualifying.

COTA DRIVER HIGHLIGHTS:
Ozz Negri: Negri has made four starts at Circuit of the Americas in IMSA WeatherTech SportsCar Championship competition. He qualified second in 2015 and finished fourth in the Honda-Ligier.

Andy Lally: Lally has scored three podium finishes at Circuit of the Americas. The first came when the GRAND-AM Series raced at the Austin circuit in 2013 and he took second in the GT class. He finished third that same year in the GTC class when the American Le Mans Series raced at COTA. Lally’s third podium finish came when he placed second in the GTD class in 2014 while driving for Magnus Racing.

Katherine Legge: Legge has made three appearances at Circuit of the Americas each as part of the DeltaWing Racing program. Her best finish at the track came in the 2013 American Le Mans Series race when she and co-driver Andy Meyrick finished second.

Jeff Segal: Segal has made one start at Circuit of the Americas in the IMSA WeatherTech SportsCar Championship. He finished 10th in 2013 while driving for AIM Autosport.

LONG BEACH REWIND: It looked like Michael Shank Racing’s two-car Acura effort was poised for a double top-five result in the 100-minute BUBBA Burger Sports Car Grand Prix when the team visited the streets of Long Beach three weeks ago. But, those anticipated results did not come to fruition when a 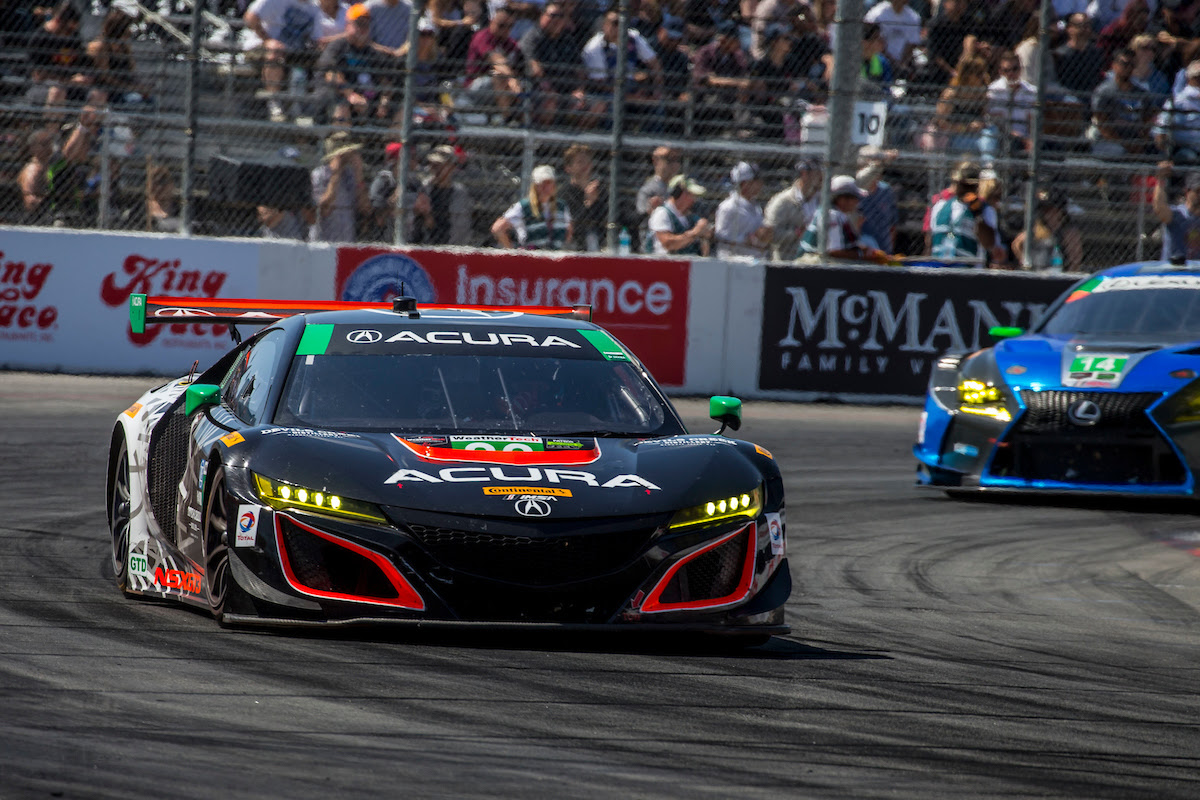 EXTENDED STAY: All four Michael Shank Racing drivers took an extended stay in California after the Long Beach round to take part in activities at both HPD and American Honda on Monday, April 10. The drivers participated in Q&A sessions, autograph sessions, and met with associates of HPD and American Honda along with fellow Honda & Acura drivers from the IndyCar Series and World Challenge.

INDIANAPOLIS 500 NEWS: Following the Long Beach Grand Prix event, Michael Shank Racing announced that it will enter the 101st running of the Indianapolis 500 on May 28 for Andretti Autosport. The team will field the No. 50 Honda Dallara of Jack Harvey, with almost all of the sports car crew members taking part in the team’s debut in the event.

MICHAEL SHANK RACING MERCHANDISE: Reacting to robust fan demand and reflecting the new on-track program, Michael Shank Racing has partnered with Styled Aesthetic, a full service apparel and graphic design company, to produce a variety of new items. A range of t-shirts, fleece tops, and hats with various designs will be available with shirt sizes including Men S-3XL, Women XS-2XL, and Kid 2T-Youth L. Merchandise can be purchased at Circuit of the Americas in the IMSA Fan Zone.

DRIVER QUOTES:
Ozz Negri, No. 86 Acura NSX GT3: “Going to a normal two hour, forty minute race will be better for us. We tested at Laguna and made improvements and learned quite a lot. As we keep saying, this is a new project and the first two races were the longest races at two very unique tracks. Our third race was the shortest one and we were racing on a street track. You get a set up on the car for those tracks, but now going to a permanent race track I think we will be able to get a lot more data and make more progress with the car. I love the place (COTA), I can’t wait to get there. It was a lot of fun driving the DP and P2 cars there and I expect it to be the same with the GTD.”

Jeff Segal, No. 86 Acura NSX GT3: “I’m really looking forward to the race at COTA. In some ways this is the first “normal” race of the year—Daytona and Sebring are oddballs due to the endurance aspect, and Long Beach was a strange one due to the nature of the circuit and the short duration. With COTA being a proper road course and typical “sprint” race length, I’m looking forward to seeing how we stack up against the competition. Things were looking encouraging at Long Beach before we were taken out on the last lap, and the team has been working hard since then to tune the setup for our Acura NSX GT3 for the upcoming races. COTA is a track that I enjoy driving, with a lot of high speed corners and a nice rhythm, so hopefully we can build on our Long Beach performance and bring home a nice result for everyone.”

Andy Lally, No. 93 Acura NSX GT3: “I have had three podium finishes at COTA and some great battles there in the short amount of time that the track has been around. I’m looking forward to seeing what our Acura NSX GT3 can do there. We may have found a good direction at our last test and hopefully it translates well to Circuit of the Americas’ slick surface.”

Katherine Legge, No. 93 Acura NSX GT3: “We are looking forward to showcasing our Acura NSX GT3 at Circuit of the Americas. It’s a world class facility in a very cool and race savvy market for us. We having been making strides in the development of the NSX and have had some really promising outings so we hope to get our first elusive podium there.”