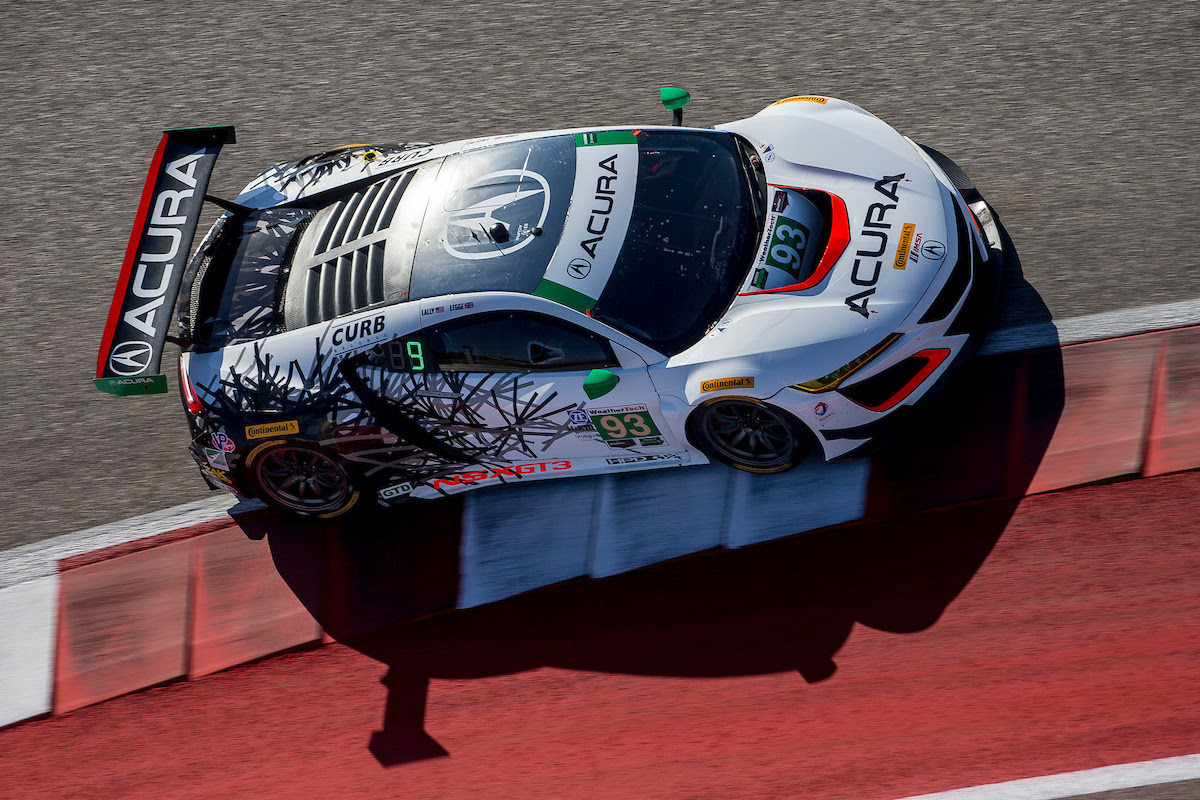 Negri opened the race and avoided some spinning cars in the first turn to run cleanly through the first few laps. Opting for an alternate strategy, the team called Negri to pit lane for fuel and tires with just 27 minutes completed.

As Negri returned to the track, the off sequence pit stop allowed him to run free of traffic and the clear running saw Negri able to gain ground – running as high as seventh in the order. Unfortunately, when a full course caution was displayed some 30 minutes later, it allowed Negri’s fellow GTD runners to pit for fresh Continental Tires.

When the field returned to green flag running, Negri was left to race in full defense mode as he worked to maintain position against those with fresh tires.

Negri handed the Acura NSX GT3 over to Segal with just over an hour remaining in the race. Despite 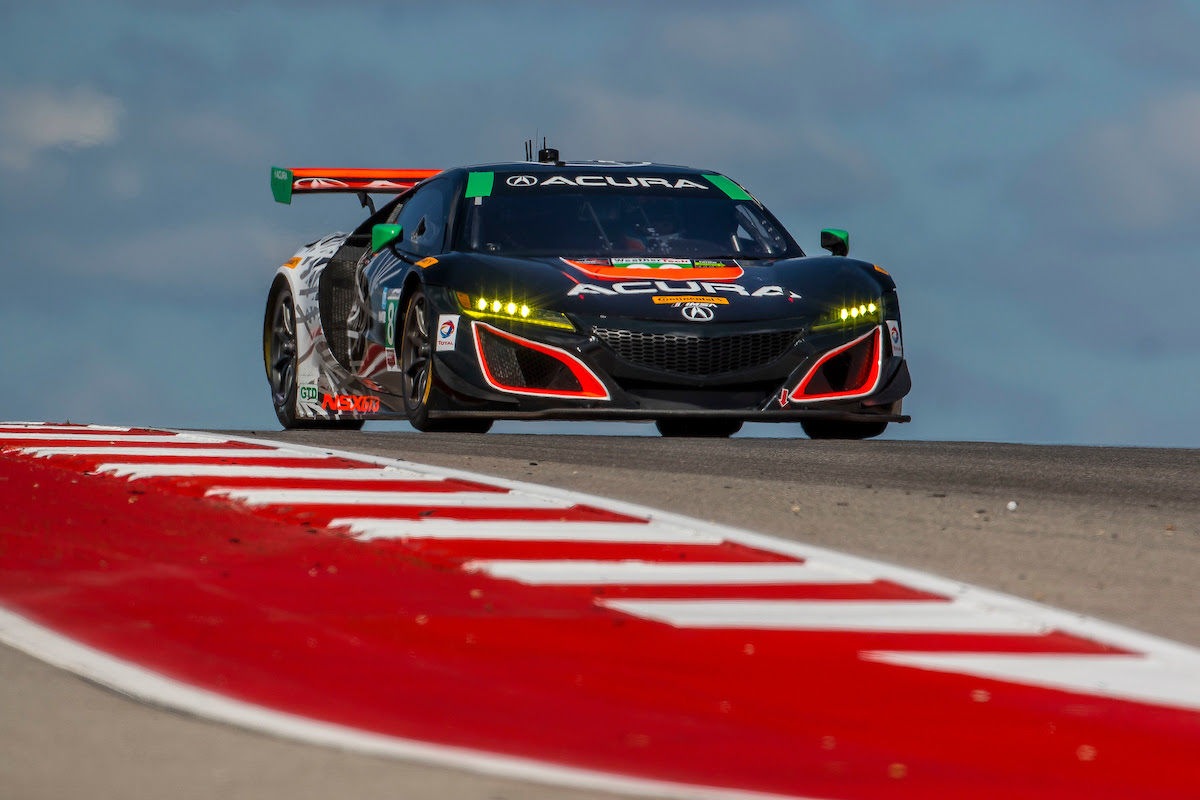 having to save fuel during his long green flag stint in order to make it to the checkered flag, Segal delivered a flawless performance to take 10th at the finish.

“Starting where we did, we had nothing to lose and a lot to gain,” said Team Manager Tim Keene who calls strategy for the No. 86. “After the first pit stop – when we stopped before everybody else – and we stopped so that we could get clear track for about four or five laps, we gained tons of time. After it all cycled through we were in seventh place. The No. 96 Turner car that we came out in front of, they ended up fifth in the race and they were 20 seconds behind us after that. So we were looking really good if it would have stayed green.”

Similarly, the No. 93 Acura NSX GT3 also ran a strong opening stint with Legge avoiding the first turn melee and cycling up to lead the GTD class for four laps during her stint. Unfortunately, right when team owner Mike Shank called her to pit lane for the team’s first pit stop, the full course yellow was displayed 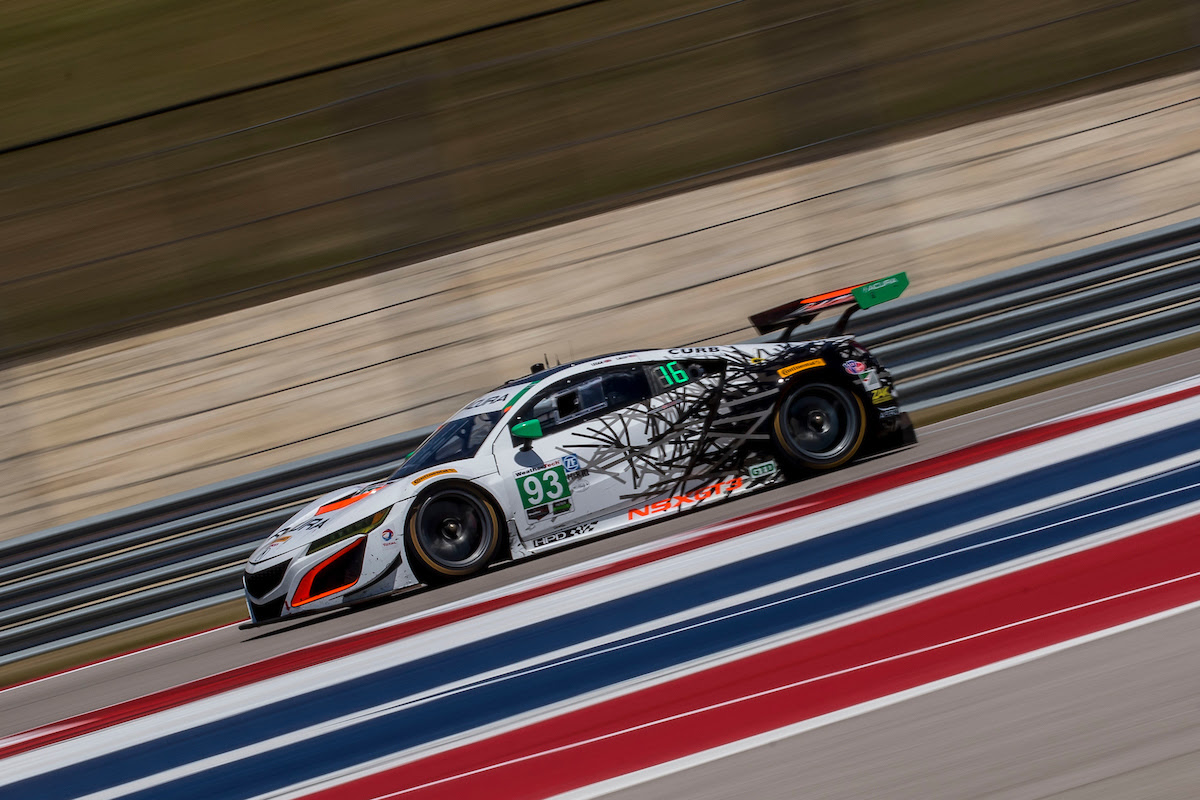 and the pits closed which forced the No. 93 to stay out.

“When the second yellow came out it absolutely killed the (sister Acura) No. 93 car which is unfortunate and it hurt us as well because the cars behind us had fresher tires and they didn’t have to close the gap to us on track – it was just given to them,” said Keene. “From there we pretty much maintained. Both drivers did an outstanding job, but Ozz (Negri) on the old tires to keep those guys behind him for as long as he did was great. We pitted 10th on our second stop and finished 10th so if that yellow hadn’t come out, that strategy was going to make us look like heros! But at the end of the day, you can’t foresee any of that. It’s just unfortunate, we just have to qualify better and then we won’t have to try to make magic happen like that.” 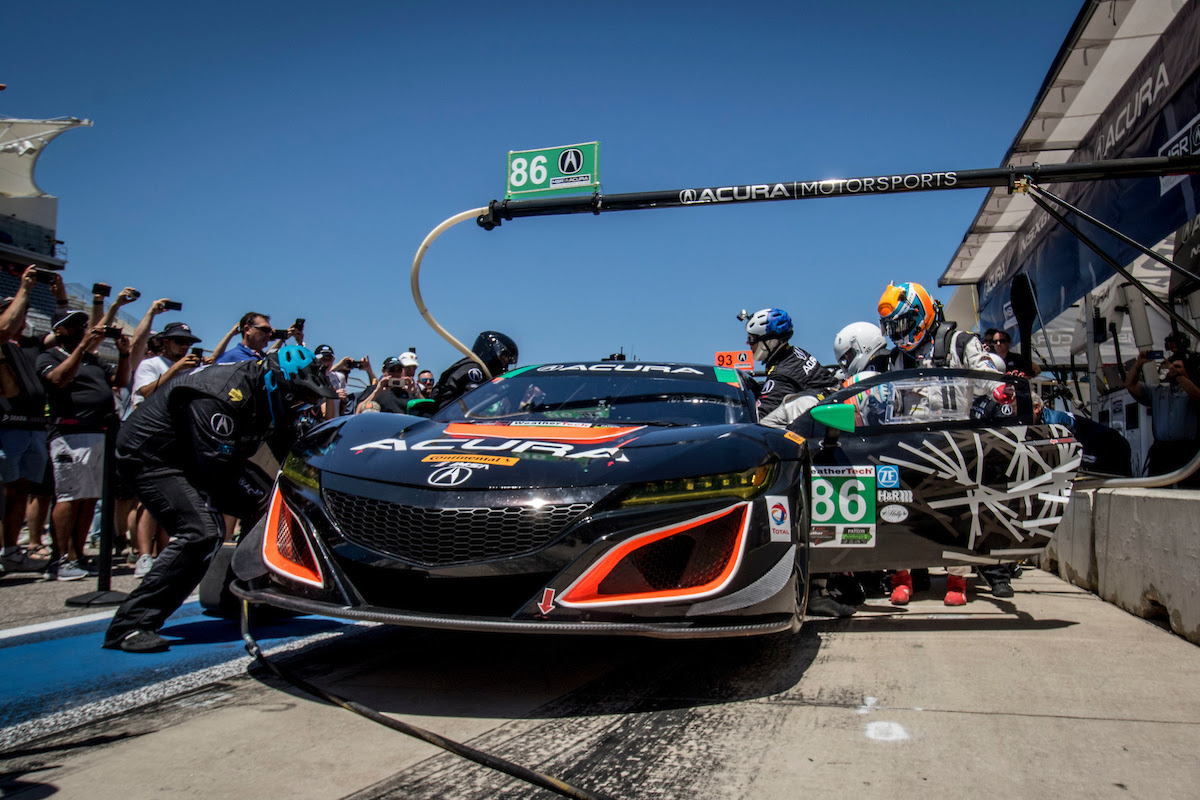 the No. 93 for the remainder of the race. But a miscue at the end of pit lane saw the team handed a ‘stop plus 60 second’ penalty for failing to heed to the red light at pit out.

Despite the agonizing wait on pit lane for the penalty, Lally managed to stay on the lead lap and ultimately the team was credited with a 14th place result.

“We had a strategy that would have helped us a lot if that yellow hadn’t of fallen when it did,” said Shank. “We’re swinging for the fences to get results for this Acura. We were running to plan and without the penalty we’d have finished sixth-eighth. That’s just where we’re at right now. We need to keep working on the car. It’s getting better – we just need to keep at it to get to where we truly belong.”

Next up in the IMSA WeatherTech SportsCar Championship is the streets of Belle Isle, June 2-3. Up next for Michael Shank Racing is the 101st running of the Indianapolis 500 on May 28.

DRIVER QUOTES:
Ozz Negri, No. 86 Acura NSX GT3: “It was hard out there. With our strategy everybody behind me had better tires and I just had to hold them off as much as I could – that was what the team was asking me to do. I was just trying to drive very defensively without putting the car at risk. I think we had a good car and we are making progress for sure. It sure was a lot of hard work for P10 today but hard work works and I’m looking forward to the next few races because we’re getting there.”

Jeff Segal, No. 86 Acura NSX GT3: “It was a tough day. Unfortunately I hate to keep saying this but the result doesn’t fit the effort that went into this. The Michael Shank Racing team did an incredible job. We started off okay – not great – this weekend. We were in a little bit of a hole and we pulled ourselves right out. We had a good racecar, the Acura NSX GT3 was a match for anybody out there and we had great pit stops. It was just a hot greasy day, and we never had the track position. We were hanging in there trying to save a little bit of fuel. We made a pretty aggressive fuel number, so thanks to the engine guys for digging deep and finding us that. Unfortunately this finish just doesn’t feel right today.”

Katherine Legge, No. 93 Acura NSX GT3: “My run was difficult – there was a melee at the start. I was able to make my way through but I dropped a couple of places. We were on heat cycle (qualifying) tires and I had done over an hour on that stint so it was like driving on ice – all I was doing was trying not to make any mistakes which I didn’t. From my standpoint I’m learning and I think we were doing well. We were just unlucky with that yellow. We didn’t have the outright pace to fight for a race win, but we could have been a lot better than we were. We just have to keep fighting.”

Andy Lally, No. 93 Acura NSX GT3: “I understand the (penalty) call but the situation was tough. We had a good stop, the BMW car came out and chopped our nose off, and I gave a little up because it’s a class above us so it’s almost not better for you to be in front. So I was right on his bumper and the thing is huge so there’s no seeing through it. Then the Porsche came out and it blended right to our door and it’s supposed to blend behind us so I’m watching both of them and the red light was low so it’s a tough one. The Acura ran fast. We got the lead, I was getting a delta to the leader every time and we opened it and that’s the first time we’ve done that. For Race 4, that’s our silver lining because the car was pretty good. This was one of our best qualifying sessions, Katherine (Legge) did a good job. If the yellow had come just two minutes later we would have been in and out of the pits and we would have had the shortest second pit stop and would have been in good shape. I think we would have been battling for a top-five, easy. We opened up on those guys and right when we went green, I passed three cars – three decent cars and three good passes – I was psyched about that. The car was handling well and it was racing better.”