RACE: Round 5 of the IMSA WeatherTech SportsCar Championship 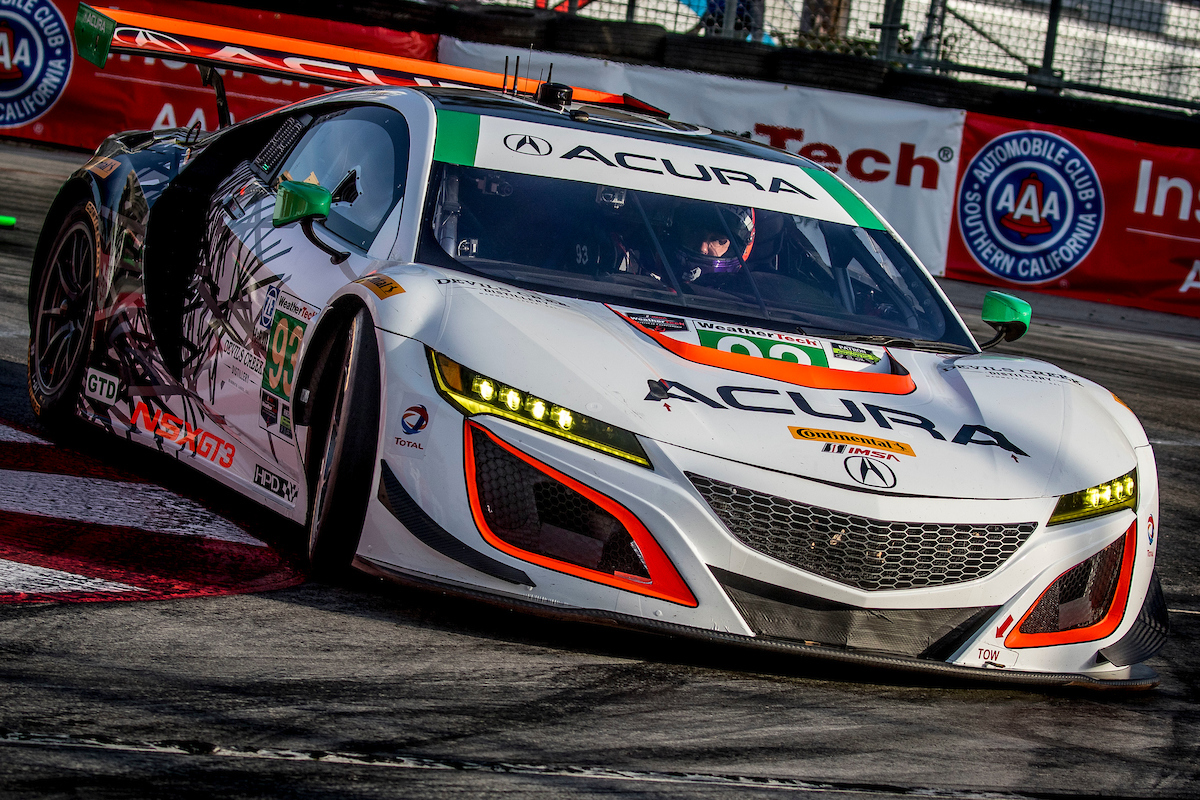 A LOOK AT MSR BELLE ISLE HISTORY: Having made five starts through the Streets of Belle Isle in Prototype competition, Michael Shank Racing’s best finish at the track is second. John Pew and Ozz Negri drove the team’s Honda Ligier to a runner-up result at Detroit in 2015.

FOND MEMORIES FOR KATHERINE LEGGE: Last year, Katherine Legge took her first-ever start with Michael Shank Racing through the streets of Belle Isle when she joined Ozz Negri behind the wheel of the team’s Honda Ligier Prototype. With part of the Michael Shank Racing team remaining in Le Mans, France for the Le Mans Test Day, Legge filled in for John Pew. It was also Legge’s debut through the streets of Belle Isle. She and Negri finished fifth in the event.

SWITCHING GEARS: Following the COTA event, half of the Michael Shank Racing team continued its work on the Acura NSX GT3 program at the team’s shop in Patskala, Ohio, while the other half was in Indianapolis prepping the No. 50 Honda Dallara for the team’s debut run in the Indianapolis 500. But when Indy 500 race week came, the entire team converged at the Speedway for a team effort. Following the race, the Michael Shank Racing transporter headed back to Ohio Sunday night where it was loaded for Detroit by Tuesday.

INDIANAPOLIS 500 DEBUT: While Michael Shank Racing’s Indy 500 debut didn’t yield the result the team had been targeting, the organization learned a lot and reflects back on the Month of May with fond memories. The No. 50 Michael Shank Racing with Andretti Autosport Honda Dallara of Jack Harvey 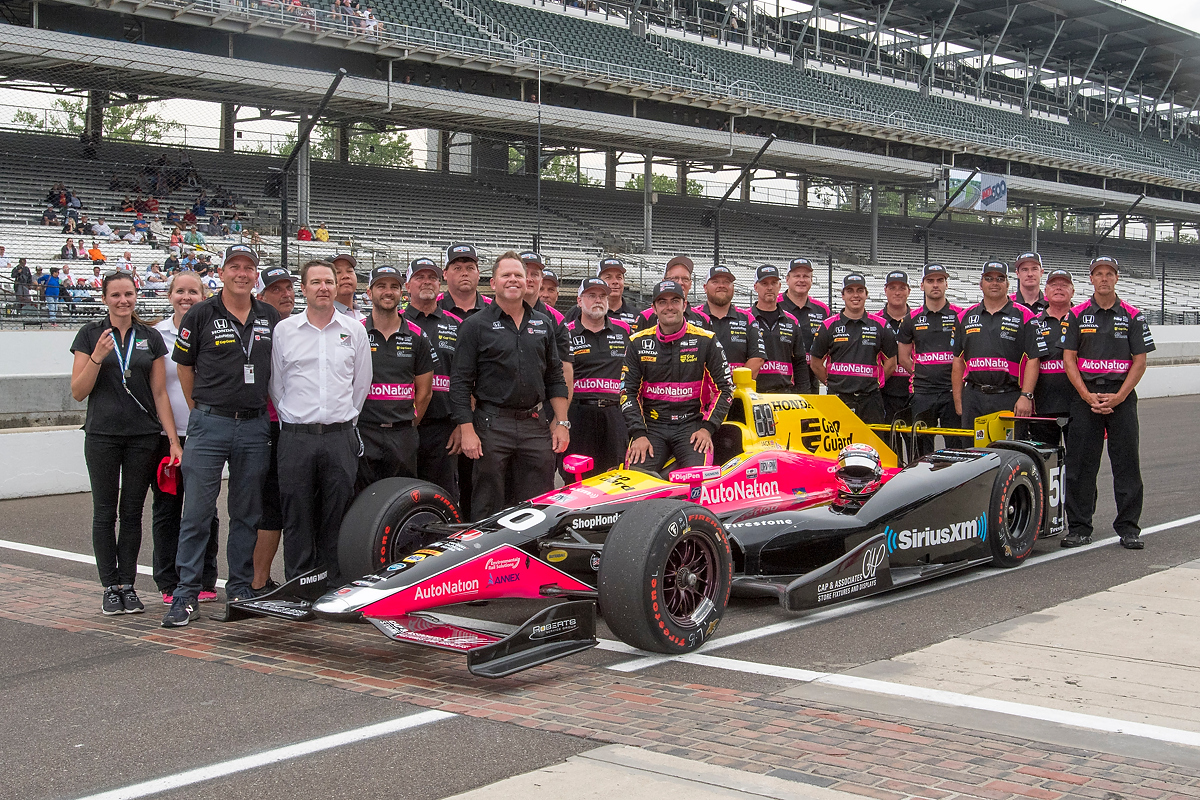 faced an early end to the day when the car hit debris from a crash ahead, but the entire Michael Shank Racing group is pleased to add the Indianapolis 500 to the list of big races that the team has competed in, and will work to have the opportunity to apply those lessons learned in the future.

Driver Jack Harvey will be a guest of Michael Shank Racing at Detroit.

MSR IMSA CREW TURNED INDYCAR CREW: The No. 50 Honda Dallara was crewed by almost every member of Michael Shank Racing’s IMSA team. The following is a list of the team’s IndyCar roles.

Crew Chief Adam Rovazzini Receives Award at Indy 500: Adam Rovazzini, who serves as the crew chief on the No. 86 Acura NSX GT3, won the Clint Brawner Award for his efforts as the crew chief on the team’s IndyCar program. Rovazzini was selected by the Clint Brawner Foundation which recognizes an Indy 500 chief mechanic who “exemplifies the mechanical and scientific creativity, ingenuity, perseverance, dedication, enthusiasm and expertise” of its legendary namesake. Clint Brawner was chief mechanic on winning cars in 51 AAA- and USAC-sanctioned national championship races, and six season champions. Rovazzini was recognized on the IMS victory podium just below the iconic Pagoda and presented a $5,000 check for his contributions to the Michael Shank Racing team’s debut Indianapolis 500 effort. In addition, Rovazzini will have a plaque with his name added to a permanent trophy housed in the Indianapolis Motor Speedway Hall of Fame Museum. 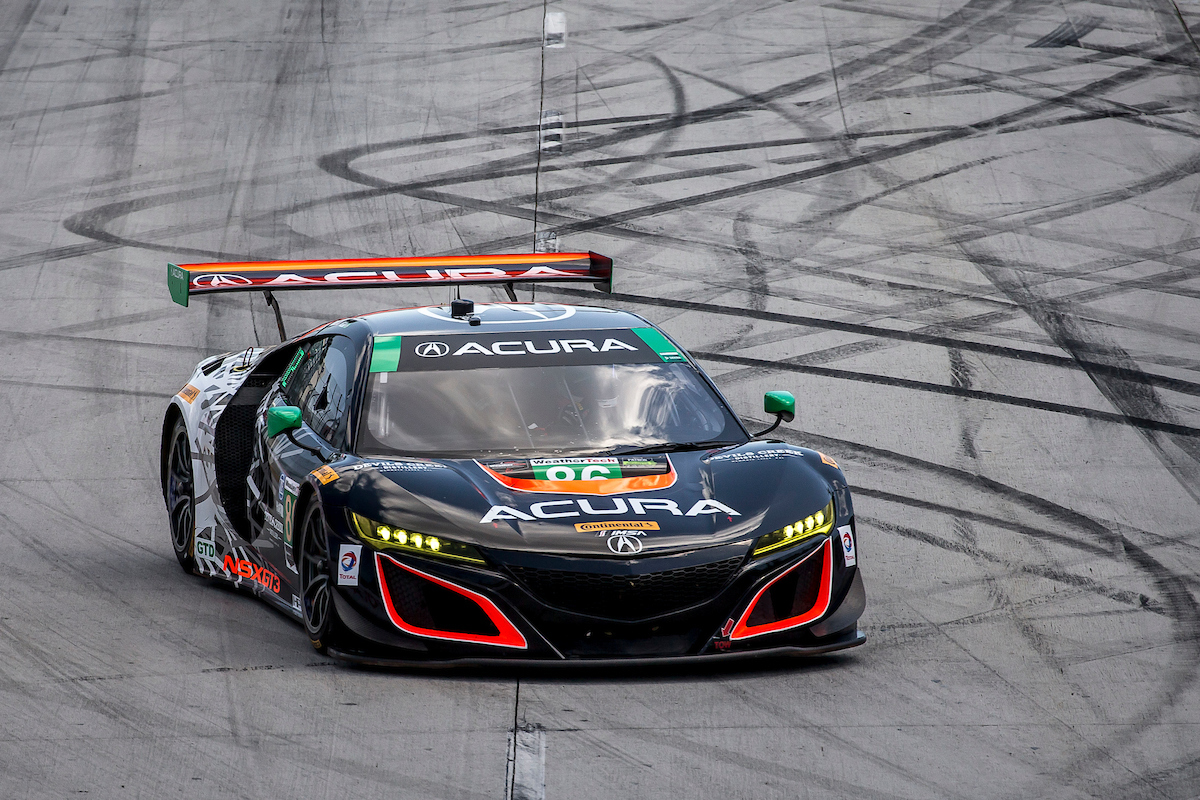 Andy Lally: Lally has made five starts at Belle Isle Park in the GTD class. His best finish at the track came in 2013 when he finished fourth in a Porsche for Magnus Racing.

Katherine Legge: Legge made her very first start in the Detroit race last year when she filled in for John Pew at the event in a Honda Ligier. Marking her first start for Michael Shank Racing, she and Ozz Negri finished fifth.

Jeff Segal: Segal has two starts in the Detroit event and finished among the top-five both times. In 2013, Segal took a podium finish of third and in 2012 took a fourth place result – both times racing a Ferrari.

COTA REWIND: In what looked to be a promising run at Circuit of the Americas for both of the Michael Shank Racing Acura NSX GT3 machines, an ill-timed full course caution cost the team a likely strong result, as the No. 86 and No. 93 each took on a different strategy. With a 10th place result for the No. 86 Acura NSX GT3 of Ozz Negri and Jeff Segal, and a hard fought 14th place finish for the No. 93 Acura NSX GT3 of Katherine Legge and Andy Lally, the Michael Shank Racing team was left to wonder about what could have been in Round 4 of the IMSA WeatherTech SportsCar Championship at COTA.

Ozz Negri, No. 86 Acura NSX GT3: “Detroit isn’t necessarily our strongest track because there are a lot of slow corners and acceleration after them. We’re not particularly strong there right now. It is definitely the bumpiest track we go to and we have improved immensely. The bumps at Detroit are at higher speed than at Long Beach – not in the form of outright speed but in the velocity on the shock so it’s a little bit different. We are making progress every race. It is a new program and we are doing the best we can – hopefully we will be lucky there. Long Beach wasn’t a track that suited us the best but we were on track for a sixth place finish.”

Jeff Segal, No. 86 Acura NSX GT3: “I’m looking forward to Detroit. At long beach we didn’t have the result we were looking for but we ran pretty strong. We were poised for maybe a top-five finish which would have been okay. It’s not the aspirations of any of us here but it’s a step in the right direction. Both cars looked pretty strong there at Long Beach so if that’s any indication about Detroit than we should be in good shape but we know we still have a lot of work to do. We’re still learning every session about the cars. We’re still finding things in terms of set up that’s really valuable. We’ll keep heading in that direction and the results will come.”

Katherine Legge, No. 93 Acura NSX GT3: “I was immensely grateful to drive the Prototype car for Mike (Shank) and for HPD last year – and now I know the track! It’s great to have had that experience last year and I think it will help this year as well. It’s just really cool that it was the place where it all started to happen with Michael Shank Racing. I think we should be good in Detroit – were relatively competitive in Long Beach – and if that’s anything to go on, we should be right there and fighting.”

Andy Lally, No. 93 Acura NSX GT3: “Detroit is one of the most challenging street circuits in North America. It actually has a little bit of elevation change here and there and it has quite a different array of corners including some fast sweepers which you don’t really see on a lot of street circuits today. I’m looking forward to the amazing event that Detroit always puts on – not just on the track but off the track as well.”