RACE: Round 7 of the IMSA WeatherTech SportsCar Championship

TRACK: At 2.459-miles long, the Canadian Tire Motorsport Park circuit is a challenging one – well known for its high speed segments. 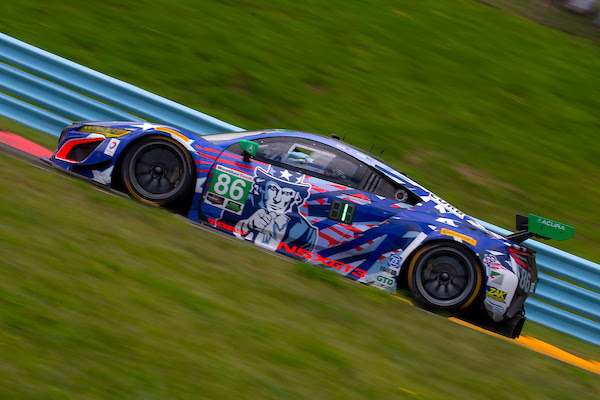 GOING FOR THREE: Racing with the brand-new Acura NSX GT3 in just the team’s fifth GTD-class event, Michael Shank Racing with Curb/Agajanian broke through for victory as drivers Andy Lally and Katherine Legge combined to win the Detroit Grand Prix. The squad added to the win tally with a victory in the Sahlen’s Six Hours of the Glen when the No. 93 once again took the win last weekend as the team added another victory in a big endurance event to its record of success.

In both races, the No. 86 Acura NSX GT3 ran in podium contention for nearly the entire event with the good racing luck running out just shy of the finish line in both races.

A LOOK AT MSR CTMP HISTORY: With just three starts at Canadian Tire Motorsport Park in the Prototype category, Michael Shank Racing will visit the Canadian road course for the first time as a GTD team.

IRONMAN OZZ: In the 2015 CTMP event, Ozz Negri delivered an Ironman performance behind the 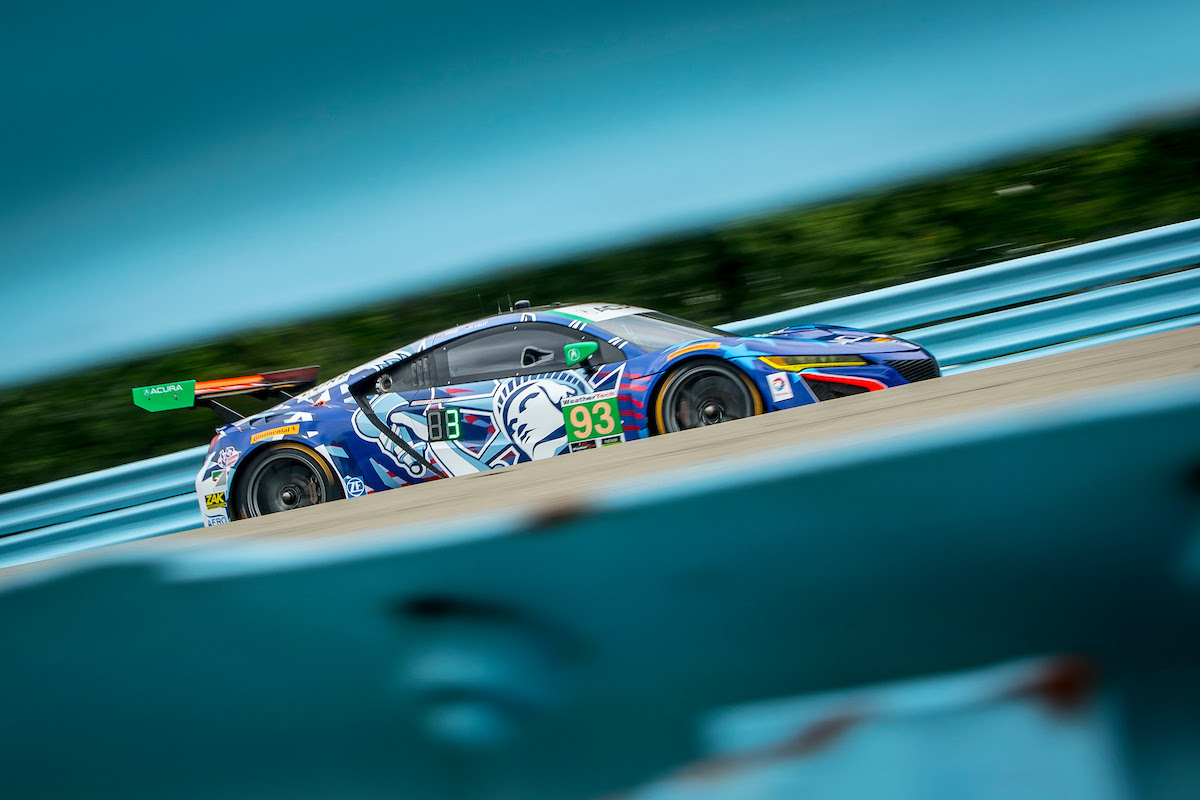 wheel of the Michael Shank Racing Honda-Ligier. Driving at the track with extensive high g-loading and long periods of steering input, the machine’s power steering failed. Despite some intense heat and the difficulty in steering, Negri powered through to keep the team in podium contention and take third at the finish. Following the race, Negri needed to be helped from the car and receive medical attention before participating in the podium ceremonies.

Katherine Legge: Racing with the DeltaWing program, Legge has made four starts at CTMP – including a podium finish of third in 2013.

AMERICA THE BEAUTIFUL: Both Michael Shank Racing Acura NSX GT3s have a new look in celebration of the Fourth of July holiday. Each features a new red, white, and blue color scheme 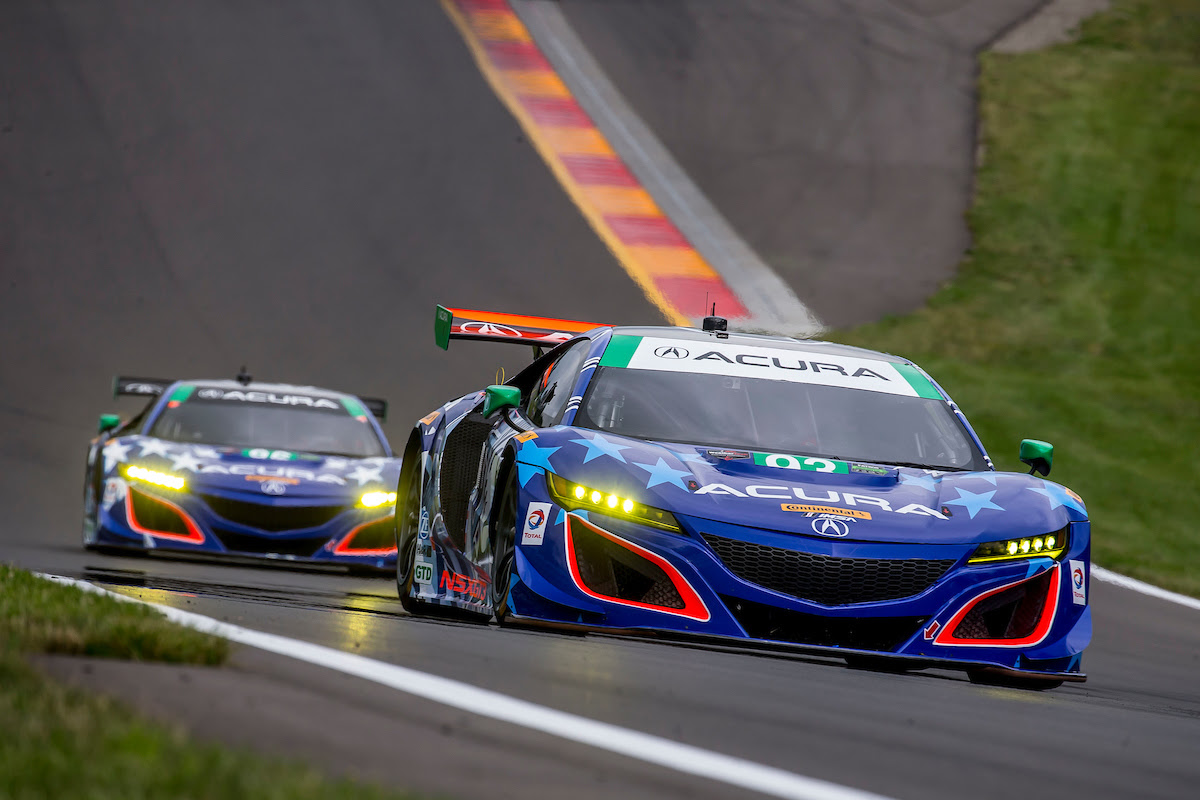 that incorporates much of the same design accents of the original Michael Shank Racing full-season livery. The livery on the No. 93 Acura NSX GT3 won IMSA’s fan competition when fans were asked to vote on their favorite livery during the Watkins Glen event.

Andy Lally, No. 93 Acura NSX GT3: “I’m looking forward to Canada even more now after our win at the Glen because it’s a very similar high speed style circuit to the Glen. With what we developed in New York, I think we can take that to Canada and try to improve on it. I love Canadian Tire Motorsport Park. It is one of my favorite places. It’s the home of a handful of really cool moments for me in my career and it’s always good racing. I’ve won three or four races there but it’s been a few years (2014, Continental Tire SportsCar Challenge). I’ve had some good battles there in the past, so I can’t wait.”

Katherine Legge, No. 93 Acura NSX GT3: “Canadian Tire Motorsport Park is a high speed track and I think we’ll do well there. Our high speed balance is pretty good. We’re definitely bringing some good momentum into this event. Our Michael Shank Racing team and everyone at Acura and HPD have just been working nonstop. We’re optimistic about what we’ll be able to do in Canada.”

Ozz Negri, No. 86 Acura NSX GT3: “Every track that I’ve been to this year in a GT car, I found it so different from what I’m used to. It’s something that I’ve had to rework. I think Canadian Tire Motorsport Park is one of the toughest tracks because of the speed. We have been improving the car and it has been fast at smooth fast tracks like the Glen. Now we will see the other combination – bumpy and fast. It’s an old school track and is mega fast.”

Jeff Segal, No. 86 Acura NSX GT3: “Mosport (CTMP) should be a fun track. It’s a very high-speed, proper old school track. There is nothing artificial about it – in fact I don’t think the track layout has changed ever. So it’s very cool to be driving the exact same track from the grand prix races back in the day. You look at all the big names that have raced there and the facility is almost exactly the same. I’m looking forward to it. It’s going to be a tricky track – it’s a bit bumpy in a lot of places which will be a challenge. Traffic will also be a challenge because the track is quite narrow, but we should be good.”