Monterey, Calif. (24 September 2017) – Returning to a place where the team was triumphant last year, Michael Shank Racing with Curb/Agajanian was back on the Mazda Raceway Laguna Seca podium on Sunday when Katherine Legge and Andy Lally took second in the No. 93 Acura NSX GT3. 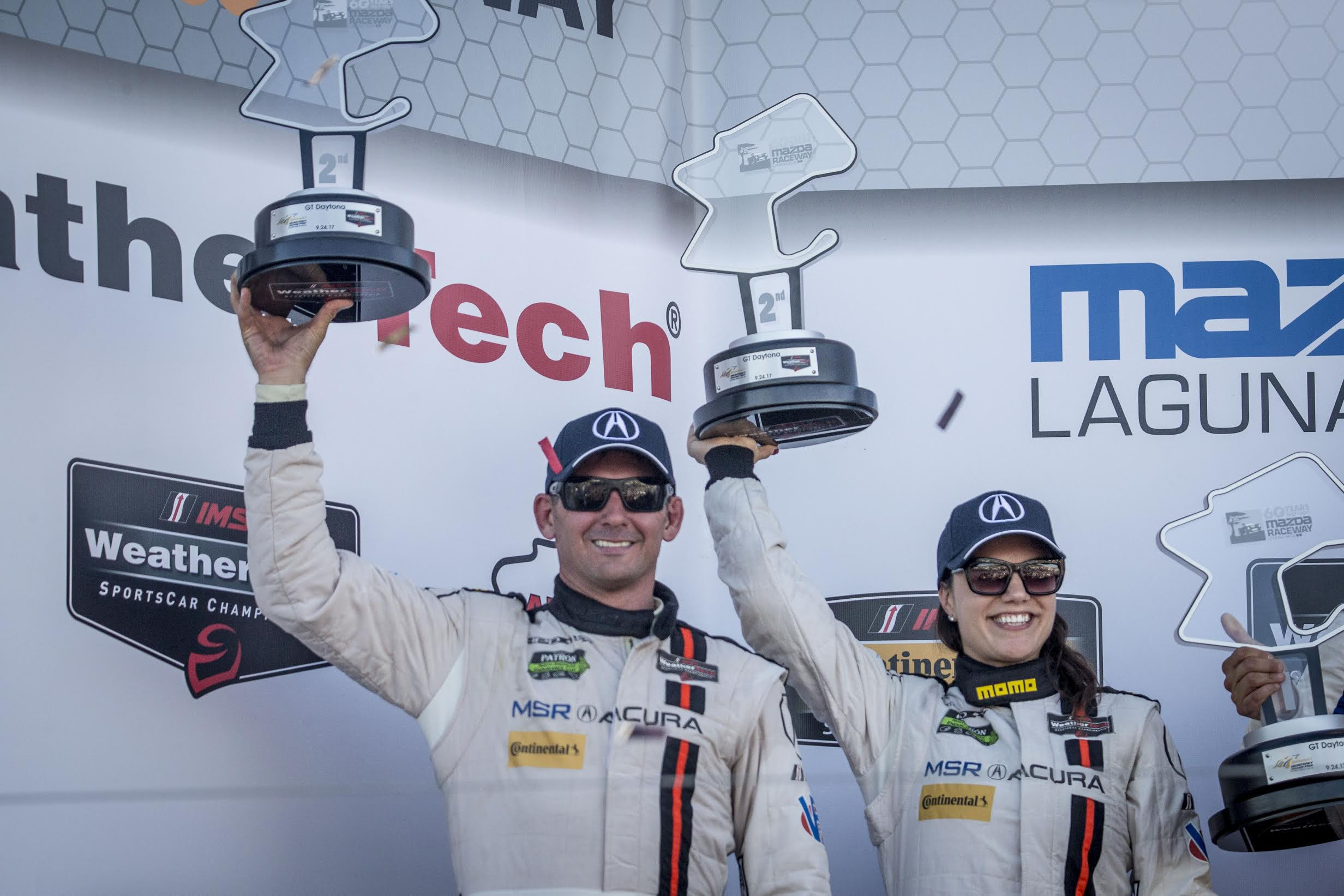 The podium result was the fourth of the season for the Legge and Lally combination, after the duo broke through for a victory in Detroit earlier this season with the Acura NSX GT3.

The return to the podium was a welcome result, boosting Acura’s position in the manufacturer championship standings as well as moving Legge and Lally up one position in the provisional driver standings.

“Michael Shank Racing called an awesome race and it’s the strategy that put us there,” said Lally. “We came out of the box struggling this weekend. Dale (Wise, team 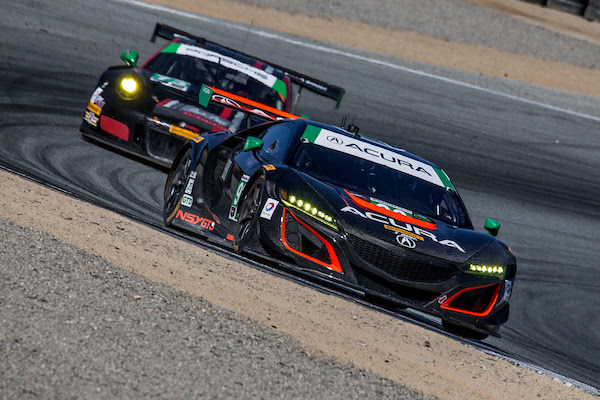 technical director) and the guys put their heads together and gave us a really good set up in the morning warm up and it paid off. The NSX did a really great job maintaining its tires. It’s nice to stand on the podium and spray a little champagne. We came into this weekend thinking that we would be lucky to get a top five. These guys played a really smart strategy and we came out with a second place result.”

The key to the positive race result was fuel mileage and the team’s ability to save fuel when it needed to. 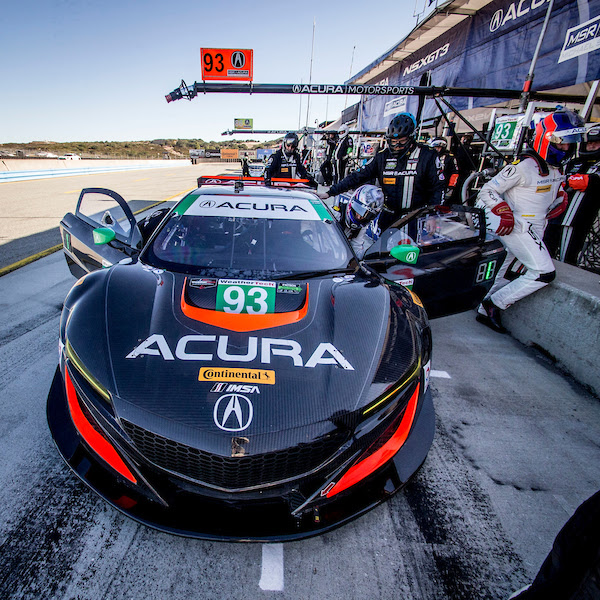 “It was very unexpected but it’s just a testament to the strength of the Michael Shank Racing Acura team,” offered Legge of the podium result. “It was all to do with strategy and saving fuel. We didn’t have the outright speed but we pulled it out. We ran as fast as we could while saving as much fuel as we could. Hopefully this will give us some momentum going to Petit Le Mans. We still need a little bit more speed, we didn’t have it here, but it makes things a little bit easier. Hopefully we can go to Road Atlanta and finish the season off on a high note.”

Both team entries had strong races as the No. 86 and No. 93 raced in podium 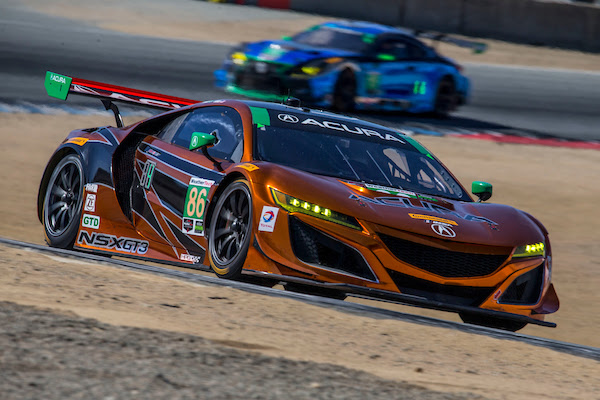 position just under an hour into the race. But the two cars utilized divergent strategies, and experienced different racing luck to reach two different outcomes.

Having shown strong pace all weekend long, save for a frustrating run to seventh in qualifying, Negri started the race from seventh on the grid and immediately moved up to fifth in the order at the start. Negri, who topped the second practice of the weekend and won the 2016 edition of the race for Michael Shank Racing with co-driver John Pew, raced forward to run in second position before turning the car over to Segal on Lap 39. 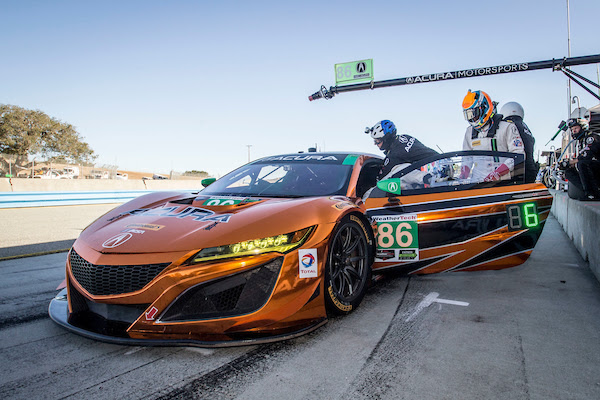 Segal returned to the field in 10th position and began to claw his way forward, moving to the lead of the race on Lap 64 as different strategies played out during a full course caution. Taking to the pits a few laps later under green, Segal was fueled to the finish. But the long lead strategy didn’t pay off as the duo came home 10th at the finish.

“We got the bad end of this one,” lamented Negri. “I had my mind set on the start and I knew what to do. I passed two cars and drove hard and up front. I thought that we 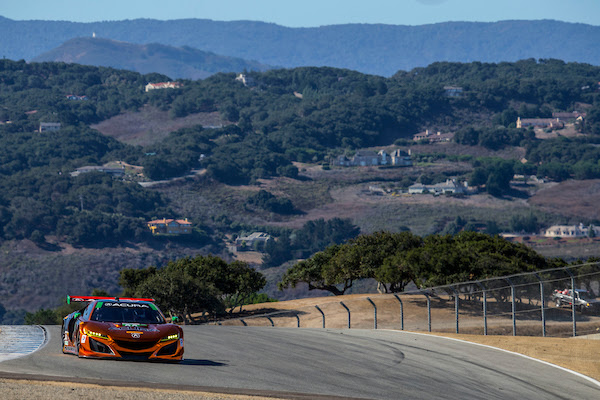 were looking good since we were up in the front. Then Jeff (Segal) got in and was able to keep the car up front as well. Unfortunately, strategy didn’t go our way and it’s not how we imagined our race ending.”

“In the car you have a really limited view of the overall race and everyone’s strategy,” said Segal. “So you get in the car and you go as fast as you can. We had huge tire degradation, all of the cars did and the lap times were getting slower and slower. At the end it was really like driving on ice. I don’t exactly understand what unfolded and I don’t understand how it got away from us that badly. P10 is not at all representative of what we had this weekend. We were fast every session. It is a bit of a head scratcher for me.” 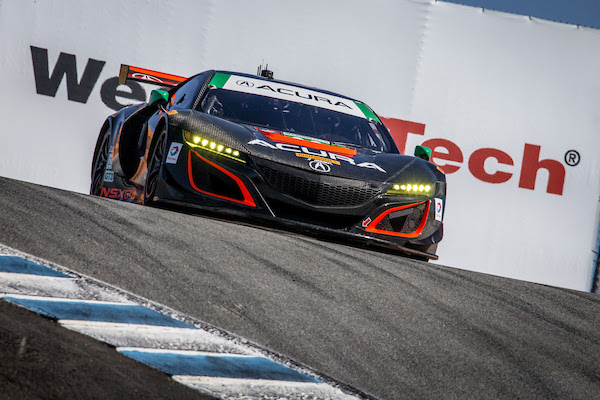 “It really comes down to fuel mileage,” said team owner Mike Shank. “The 86 needed five laps of fuel and the 93 only needed two laps. We took the chance with the 93 that the 86 couldn’t. It’s unfortunate because Ozz (Negri) and Jeff (Segal) have been fast all weekend. I am pretty pleased just because we didn’t know where we were. We were struggling keeping up with the track and getting a happy car. At the end of the day the NSX came right for us this morning for both of us. It been great to be back on the podium. We haven’t got through the first hour in a couple of races. This weekend is a great example of what we need to do to be successful so I think this was a good way to go into Petit.”

The final race of the 2017 IMSA WeatherTech SportsCar Championship is in two weeks with the Petit Le Mans October 4-7.