TPNAEC CHAMPIONSHIP: The Michael Shank Racing No. 86 Acura NSX GT3 entry heads into the final round of the Tequila Patron North American Endurance Cup (TPNAEC) championship third in the GTD category. The team has 27 points – just three points out of the championship lead. The No. 93 Acura NSX GT3 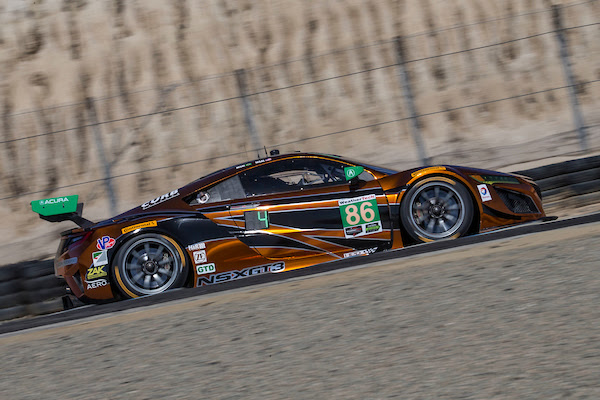 entry is fourth with 23 points. Both teams are in contention to take the TPNAEC championship title at Petit. The TPNAEC is a championship within a championship which includes rounds held at each of the four endurance events on the IMSA calendar (Daytona, Sebring, Watkins Glen, and Petit Le Mans). Points are distributed based on track position during designated segments of each race. For the Petit Le Mans, points are allocated at the four hour & eight hour marks as well as at the finish.

CALLING ALL MSR FANS! For the third year in a row, Michael Shank Racing invites fans to sign the team cars ahead of the Petit Le Mans for the season-finale Road Atlanta event. Stop by the Michael Shank Racing transporter on Friday after qualifying or on Saturday during the Grid Walk which takes place at 9:45 AM ET on the front straight. Have your signature ride along with the team during the 10-hour enduro!

HOME SWEET HOME: Road Atlanta is the home track for both Katherine Legge and Andy Lally, who each reside in the Atlanta metro area.

A LOOK BACK AT PETIT: In the team’s third entry into the Petit Le Mans last year, Michael Shank Racing, which was celebrating its 250th Prototype class 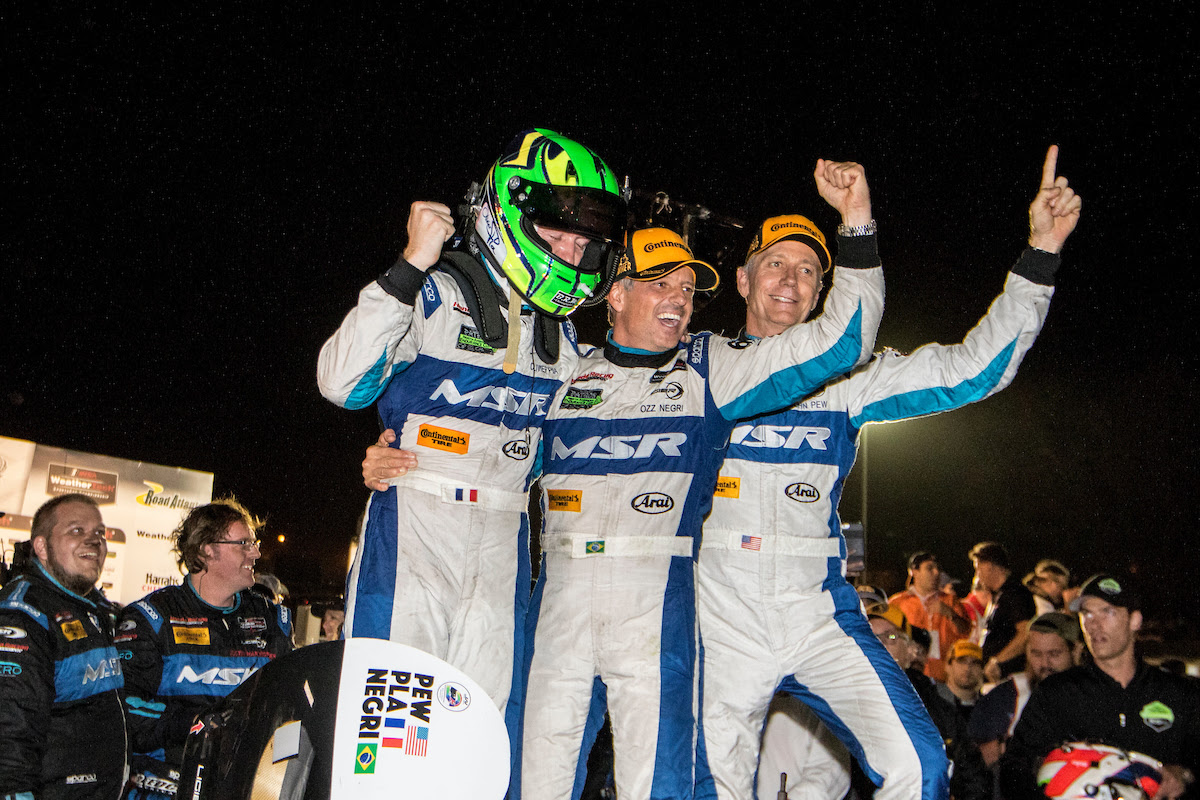 race start, utilized its Honda-powered Ligier to lead every practice session, score the pole position in qualifying, lead the most laps in the race and go on to set the fastest race lap. Drivers Olivier Pla (France), Ozz Negri (Brazil/USA), and John Pew (USA) combined to score a dramatic victory, winning by just under four seconds after 10 hours of racing.

Ozz Negri: Negri won last year’s Petit Le Mans event in the No. 60 Honda-Ligier. He has five starts at Road Atlanta and claimed a podium finish of second in 2013 while racing in the American Le Mans Series for 8Star Motorsports. 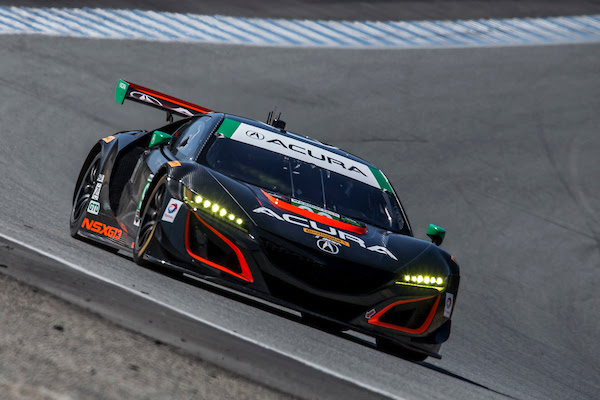 and 2015. He also has several IMSA Continental Tire SportsCar Challenge starts at the track.

Katherine Legge: Legge’s competed at Road Atlanta over the previous four years with a best finish of third while racing in the ALMS in 2013. She competed in both the ALMS and Rolex Series events that year.

Mark Wilkins: With just three starts at Road Atlanta, Wilkins has never finished outside of the top-five at the track. Scoring fourth in 2010, he went on to win in 2012 and take a podium finish of third in 2013 – both with CORE Autosport in the LMPC category.

Tom Dyer: The 2017 Petit Le Mans marks Dyer’s first appearance in the event. He has made several starts at the track in IMSA Continental Tire SportsCar Challenge competition.

NEW FOR 2017: In addition to the brand new cars and drivers in the Michael Shank Racing stable, the team added seven additional team members for the two car-effort.

Andy Lally, No. 93 Acura NSX GT3: “I have unfinished business at Petit Le Mans. We won this race in 2010 and then crossed the finish line first last year after a pass for the lead with two laps to go. We had the win taken away after a drive time violation and that has left me with a bad taste in my mouth all year. I want to clear that up and stand on the top of the podium again at Road Atlanta. We tested here and the car was pretty good and all of our teammates were very close in time. I want to close out this season with a ‘W’ for Michael Shank Racing, HPD and everyone at Acura.”

Katherine Legge, No. 93 Acura NSX GT3: “Petit is a home race for me and one that I enjoy very much! We had a successful test here with our NAEC driver Mark Wilkins, and we are looking forward to putting what we learned there into the last race of the year. The track is one of my favorites and I would love to give MSR another victory to end the season on a high note!”

Mark Wilkins, No. 93 Acura NSX GT3: “After kicking off the season at the Rolex 24 and the Sebring 12 hour and following the many successes achieved by MSR Acura throughout the season, I’m thrilled to be back behind the wheel for Petit. This is a tremendous event with a great vibe thanks to the loyal motorsport fans and in my view, one of the most challenging and rewarding circuits around. Undoubtedly, our goal will be to end the season with a fantastic result for Acura and further showcase the capabilities of the NSX GT3.”

Ozz Negri, No. 86 Acura NSX GT3: “It is our last race of the year and I’m looking forward to it. Road Atlanta is a track that has been good to me in the past. Last year we won and I finished second in 2013 driving in PC with Sean Rayhall. I just hope the track will be nice to us this year like it has in the past. We did a test there a month ago and I thought our Acura NSX GT3 was pretty good. I just hope that everything works out. So many times this year we knocked on the door but it never opened. We are sitting pretty good in the NAEC championship right now – so if we can win that, let’s do it!”

Jeff Segal, No. 86 Acura NSX GT3: “Road Atlanta is a tough and challenging track. We had a good test there and I think we have a good baseline for the weekend. We’re looking forward to getting back out there one final time this season and giving it all that we have to push for a victory in the season-finale as well as go for the NAEC title.”

Tom Dyer, No. 86 Acura NSX GT3: “I’m looking forward to returning to the IMSA WeatherTech paddock and competition this weekend at the Petit Le Mans event with Michael Shank Racing and the Acura NSX GT3 cars. While I’ve stayed busy racing this year it seems like forever since my last race back in March with MSR at the 12 Hours of Sebring. Watching the team’s progression throughout the 2017 year has been very impressive as they’ve made the Acura NSX GT3 a winner and regular podium visitor in its debut season in the ultracompetitive GTD category. That’s no small feat and a testament to the relentless nature of the MSR guys to dig for more and make it the best car possible to this point. It will be great to rejoin Jeff (Segal) and Ozz (Negri) in the No. 86 car for this classic event with the goal of continuing the trend of keeping MSR Acura NSX cars on the podium in the season-finale.”