Pataskala, Ohio (23 January 2018) – In an effort to give back to the best fans in the paddock, long time Michael Shank Racing partner Rocky Fork Company has announced the “Rocky Fork Company Best Fans in the Land” giveaway which will take place at every IMSA WeatherTech and Verizon IndyCar race weekends that the team competes in.  Michael Shank Racing will contest the full IMSA WeatherTech SportsCar championship as well as a select schedule of Verizon IndyCar events in 2018 as the Columbus-based team continues to grow.

As a sponsor, partner and supporter of Michael Shank Racing for nearly a decade, Rocky Fork Company (www.rockyfork.com) and MSR will be teaming up to award dedicated race fans with exclusive team items each race weekend. Each giveaway item will be hand picked by one of the Michael Shank Racing crew members and as an item that is recognized as one-of-a-kind, be it a race car part or something from the MSR team gear collection.

Rocky Fork Company – along with many of the Michael Shank Racing partners – have stepped up this race season to not only continue to support the team’s two-car IMSA program but to also its IndyCar campaign. 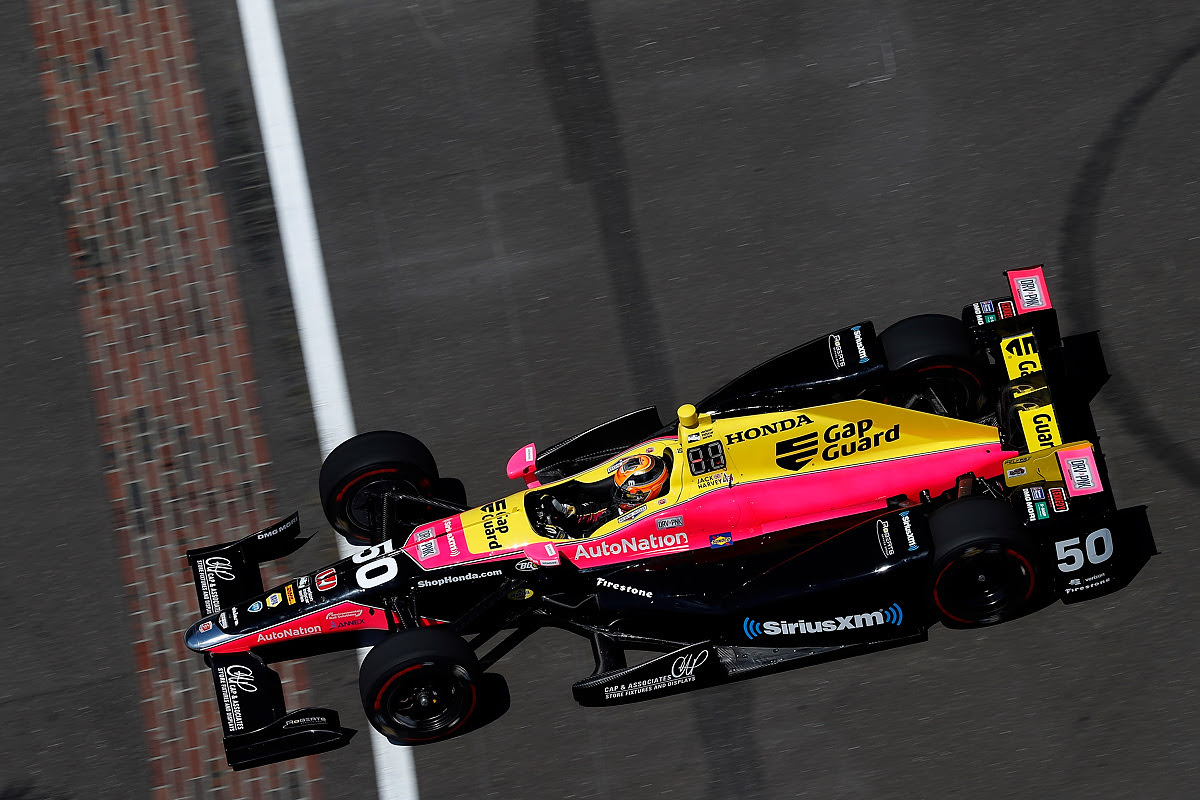 So how does it work? Each IMSA and IndyCar race weekend that Michael Shank Racing goes racing, MSR will pose a question on its official twitter page (www.twitter.com/MichaelShankRac) for fans to respond to and become eligible to win. The questions will cover everything from team history and trivia to questions about memorable accomplishments that the team has racked up over its career. Other questions may even be as simple as fans sharing their own stories about the team.

On the Sunday of each race weekend, one random winner will be chosen to receive a piece of Michael Shank Racing memorabilia that the crew has selected as the prize.

Brian Bailey, longtime friend of Mike Shank and owner of the Rocky Fork Company, launched the project to give back to fans and highlight many of the dedicated crew members from the MSR squad by letting them hand pick the giveaway prizes.

The Rocky Fork Company specializes in fence and landscape services in central Ohio. With nearly 30-years in the industry, Rocky Fork Company has established a reputation of not only being the best in the business but also as a top-class establishment to pursue a career in. The company was ranked in the Top Five Landscape and Maintenance Providers by Business First and are continually recognized as an A+ ranked member of the Better Business Bureau.

“Fans are such an integral part to racing and we want to thank them for all the support that they have shown the team,” said Bailey.  “This is why we came up with the ‘Rocky Fork Company Best Fans in the Land’ giveaway, so that we can award fans for their years of following along with the team. And to be able to have a crew member hand pick something from the team I think makes it that much cooler.”

Bailey not only attends as many races as he can, but he can also lay claim to being of the most devoted partners in the sport. He has routinely taken on a role in pit stops for the team and this year will be on fire bottle duty for the 56th running of the Rolex 24 At Daytona.

“I love it!” said Bailey. “I just love everything about racing and being involved in the sport. Many people don’t realize the business aspect of Motorsports. To have this level of competition and have so many businesses be successful on and off the track just fascinates me. Our partnership with Mike (Shank) has been very successful and even though we are not a big national company, we’ve had a great return and we want to give something back with this program.”

The first Rocky Fork Company Best Fans in the Land giveaway will kick off this Friday at the Rolex 24 At Daytona weekend. Keep an eye on the Michael Shank Racing twitter page for the giveaway question.