Braselton, Ga. (12 October 2018) – The final event of the IMSA WeatherTech SportsCar Championship season has brought Meyer Shank Racing (MSR) to Road Atlanta for the Motul Petit Le Mans finale event where the team qualified on the second and third rows for the 10 hour endurance classic.

Returning with its dual Acura NSX GT3 line up, MSR was ready to attack the race weekend. The No. 93 MSR Acura NSX GT3 had promising practice pace with Lawson Aschenbach, Justin Marks and Mario Farnbacher wheeling the team car. Farnbacher took the wheel for qualifying and was able to maximize the performance of his Continental Tires to bring home a fourth-place starting position, posting a 1:19.877-second lap, just two-tenths off of the pole.

“The handling of the car during qualifying really has nothing to do with the handling of the car in the race,” explained Farnbacher. “I’m happy with qualifying, it’s just really tough to put one complete lap together. The Continental Tires have such a small window where you can really use the tire and not slide, and to be in that window and get it all right is tough. In the end, you need to find the balance, so you have a car that is good until the end of the stint and doesn’t lose so much over the time of the stint either. It’s a good position to start because it’s hard to overtake here but the starting position has little to do with your race. I have a positive mindset about it!” 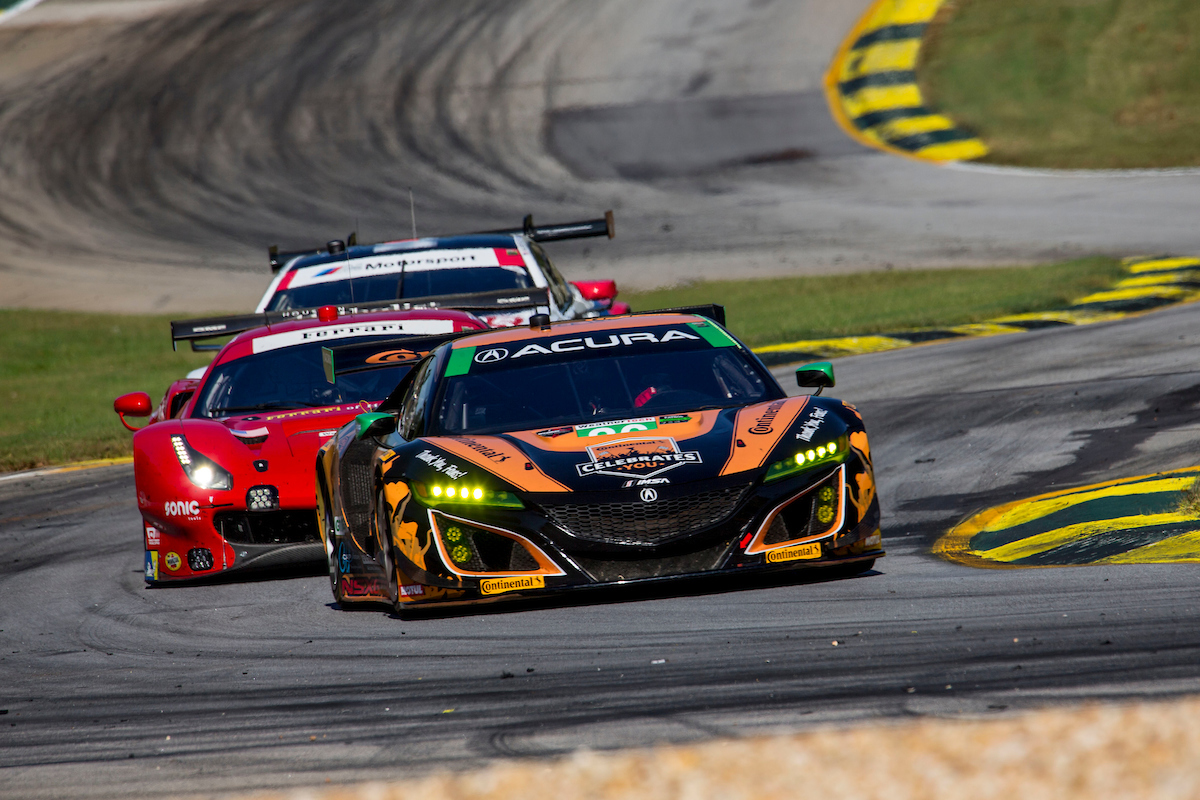 With the GTD championship within arm’s reach, just 6-points behind the leading Lamborghini, the No. 86 MSR Acura NSX GT3 of Katherine Legge, Alvaro Parente and Trent Hindman made progress early on in the weekend during Thursday’s practice. The team focused on finding a consistent balance during practice, something that will be integral in the 10 hour race. With Parente set for qualifying duties, finding the optimal window was difficult as he brought home a sixth place starting position, posting a 1:20.095-second lap.

“Hopefully we did a good job preparing the car so there is not too much tire degradation during the stint,” said Parente. “It’s a long race where anything can happen so we just need to be smart. My goal is have a clean start and hand over a good car to Katherine (Legge) and Trent (Hindman) so we are in the best spot possible for the championship. We’ll see what we can do tomorrow!”

In addition to the team’s final weekend of racing this season, Meyer Shank Racing made a groundbreaking team announcement on Friday. The team will enter the 2019 season with the No. 57 MSR Acura NSX GT3 which will be driven by the all-female line up of Jackie Heinricher and Katherine Legge for the full season. The team is also welcoming Ana Beatriz to contest in the four Michelin Endurance Cup events with Simona De Silvestro signed for the season opener at the Daytona International Speedway.

Meyer Shank Racing is continuing tradition of welcoming its fans to sign both team Acuras during the Fan Walk on Saturday morning at 9:45 am ET.