Lakeville, Conn. (22 July 2017) – Michael Shank Racing with Curb/Agajanian showed the team’s proven never give up attitude with its two-car Acura NSX GT3 effort at Lime Rock Park on Saturday, fighting back from multiple setbacks to score a double top-10 result on Saturday. The No. 93 Acura NSX GT3 of 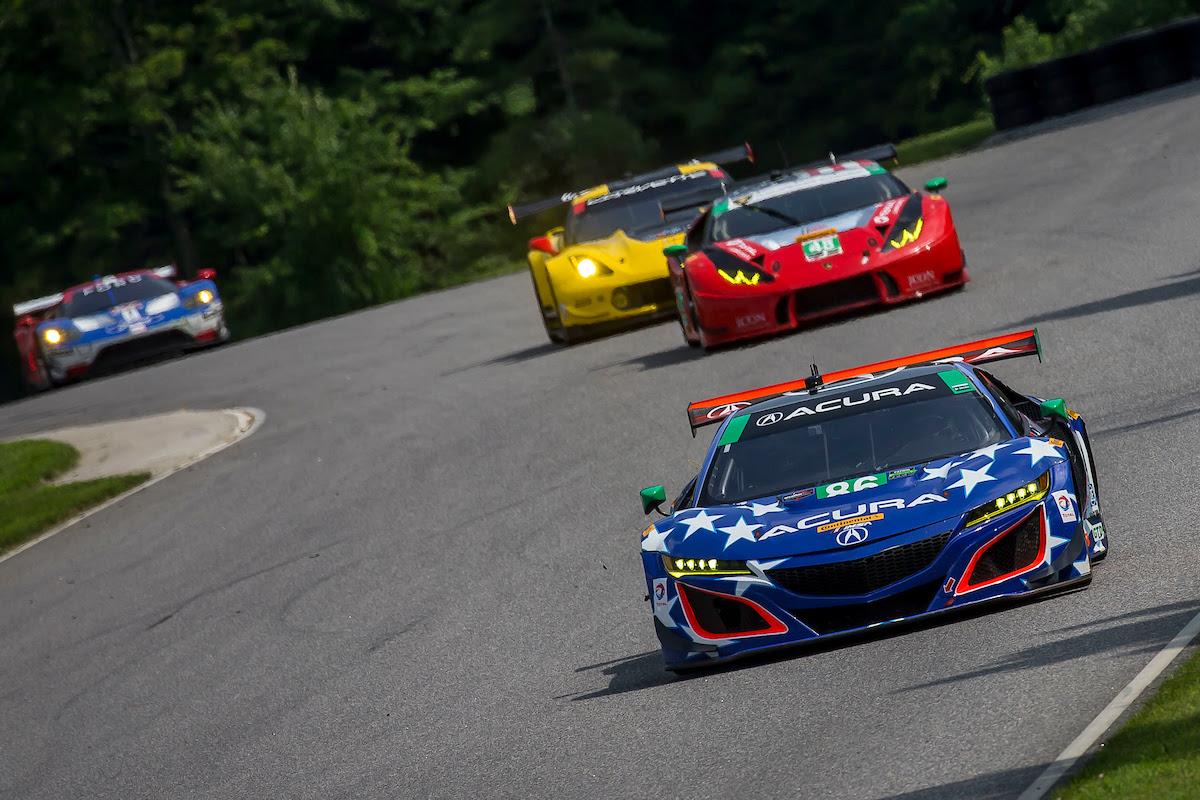 Katherine Legge and Andy Lally came home fifth, while the No. 86 Acura NSX GT3 of Ozz Negri and Jeff Segal was ninth.

The team remains third but made up ground in the provisional championship points and now has 205 points with four races yet to run.

After going down a lap early in the race, Lally and Legge brought the No. 93 Acura NSX GT3 entry across the line in fifth place. Lally, looking to add to his strong record of success at the track, made a dogged 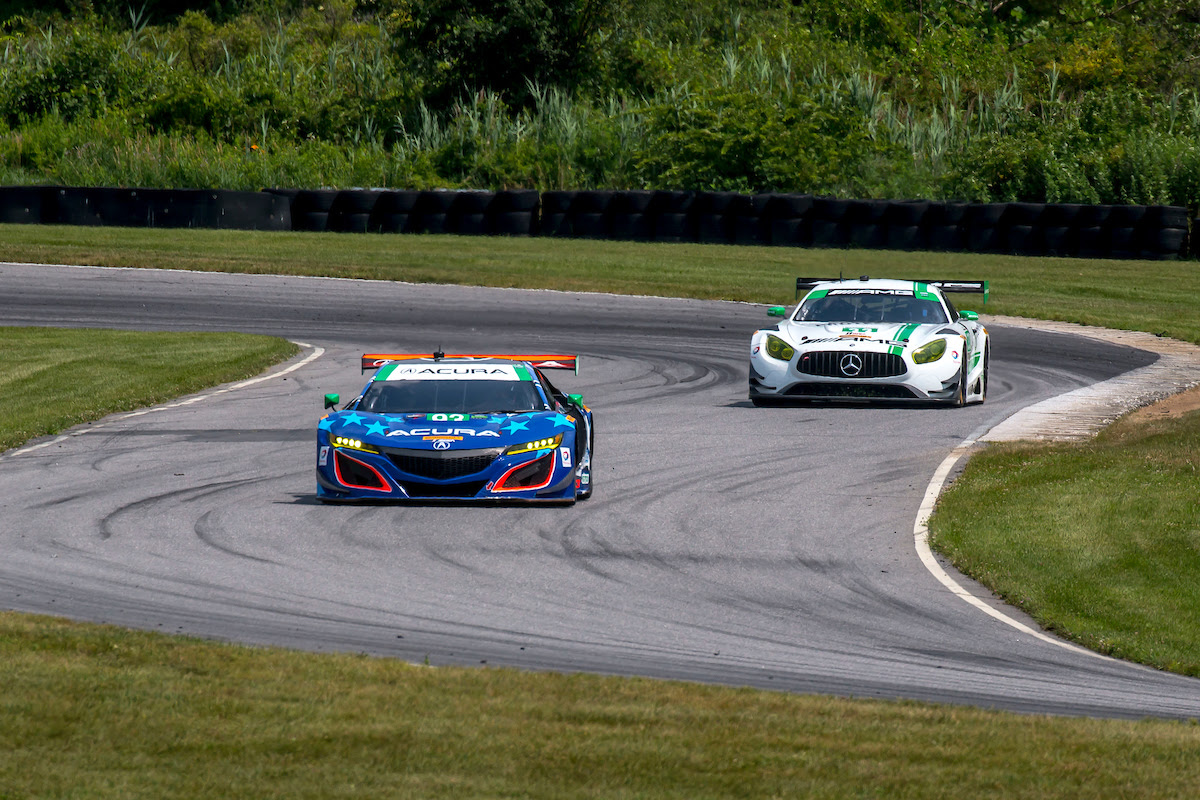 pursuit of the competition in the two class (GTD and GTLM) race after the No. 93 fell to 24th overall in the early stages of the race.

The race ran at a furious pace without a full course caution – the first for the IMSA WeatherTech SportsCar Championship since VIR of 2015. Without a yellow to slow the field, Lally was able to make an impressive amount of time up to not only un-lap himself but also move forward once back on the lead lap to take fifth at the checkered flag.

“Unfortunately we had some penalties early on that put us a lap down and we made it all back up minus 19 seconds,” said Team Owner Mike Shank, who calls strategy for the No. 93 Acura NSX GT3. “I’m going to give this one to Andy Lally today. I think everything today should be focused on what Andy was able to do out there. He had to unlap himself the hard way and he did it. We only gave him two tires at the end. That’s what we had to do to get him to the front. I am so immensely proud of him – just showing his ability and desire – it’s so impressive. It was a great points day for the championship. We made up points on both of the teams in front of us, so it’s going to get interesting now.” 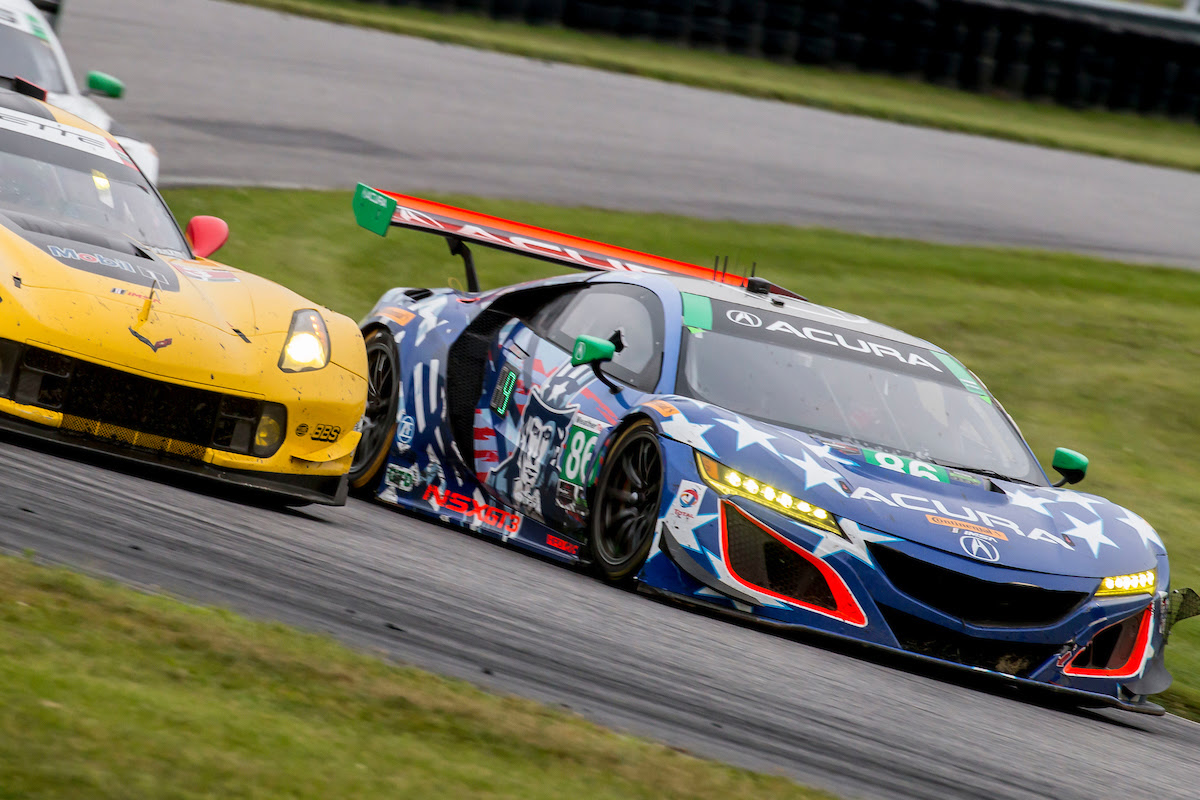 The No. 86 Acura NSX GT3 entry of Jeff Segal and Ozz Negri were dealt their own hand of bad racing luck as Segal was punted off track late in the race.

After Negri started the race 12th in the order, he was able to make forward progress, moving up to race in third before the 60th lap when he handed the car over to Segal. The green-flag pit stop saw Segal return to the fray deep in the pack. Segal was able to race up to seventh, but was hit and spun off track and lost a significant amount of track position in the process. While the competitor earned a penalty, Segal had to earn his way forward once again as he put his head down to race to the ninth position at the checkered flag.

DRIVER QUOTES:
Andy Lally, No. 93 Acura NSX GT3: “It was a rough day but that’s what we expect from Lime Rock. Like I said coming into the event, this is the Bristol of endurance racing. We did some beating and banging today. Katherine (Legge) hadn’t been here a whole lot and I got after her to be aggressive early and she was. And she really helped me learn something today with TC (traction control) management. I’m usually pretty stubborn and shut it all off, but at a place like Lime Rock where you really abuse that left rear lap after lap she came up with something early in the race and was the fastest car at the end of her stint. I jumped onboard with her strategy and driver style and it helped us go forward from there. This NSX did a really good job for its first time at Lime Rock – it’s first time ever at a circuit like this. I’m looking forward to Road America where we’ll be a little more like where we were at Watkins Glen, but this one is a fun one to do once a year!”

Katherine Legge, No. 93 Acura NSX GT3: “I’m just super disappointed in my stint in the race because I think we could have had a lot more. We had the fastest lap of the race at that time. Luckily, the team and Andy (Lally) did a great job and we got a top-five out of it.”

Jeff Segal, No. 86 Acura NSX GT3: “It’s definitely the least satisfying top-10 finish. It kills me for everyone involved in this program. Everyone from Michael Shank Racing, HPD, Acura, we work so hard and this class is so competitive that you can be right at the front one weekend and if one little thing goes your way – it doesn’t matter if it’s your fault or not – you’re moved to the back. It was hot, this is a bullring and this is our Bristol. I was hoping we wouldn’t be on the receiving end of it. We don’t drive dirty that’s not the way we do it. It doesn’t put the result back in our hands, but what can you do?”

Ozz Negri, No. 86 Acura NSX GT3: “It’s a disappointing result for sure. Jeff (Segal) and I worked our butts off and the team deserves better than a ninth place result today. As always the Michael Shank Racing guys did great pit stops and strategy, but it was tough out there. We’ll go onto Road America and see what we can do there.”