Heartbreak at Road America for Michael Shank Racing with Curb/Agajanian

Elkhart Lake, Wisc. (6 August 2017) – It was a rollercoaster of a weekend for Michael Shank Racing with Curb/Agajanian as the team entered Round 9 of the IMSA WeatherTech SportsCar Championship at Road America. Having entered the event third in the championship standings, the team hoped to continue its IMSA championship charge with another positive outing for the double Acura NSX GT3 squad.

It was a huge effort from the Michael Shank Racing crew members on Saturday following a practice crash in the morning session that saw the No. 93 Acura NSX GT3 of Katherine Legge and Andy Lally suffer significant damage. The team was able to make the massive repairs in some six hours – a remarkable time frame considering the work load – and the car was primed and ready for Sunday’s morning warm up session ahead of the race.

Normal operations continued on the No. 86 Acura NSX GT3 of Ozz Negri and Jeff Segal. Negri put the car sixth on the grid for the 2 hour and 40 minute race during Saturday’s qualifying session. 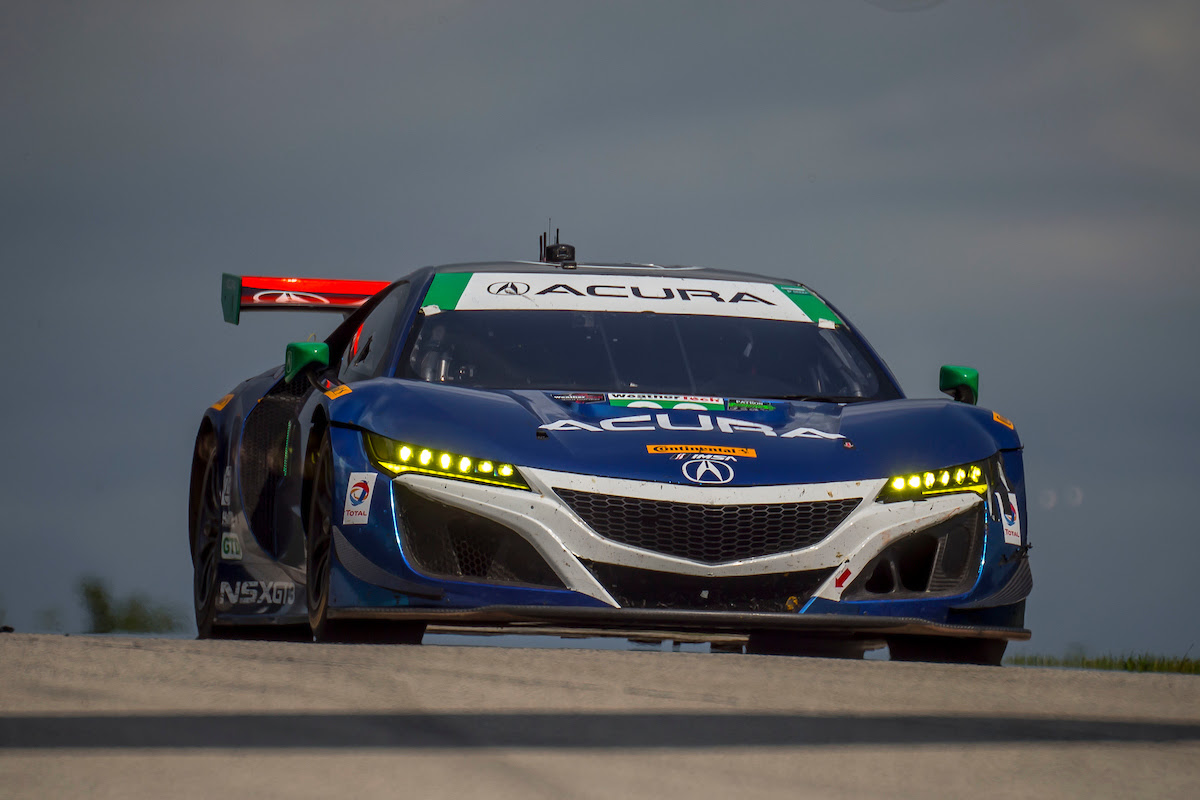 as she ran behind her Michael Shank Racing teammate Negri, who was eighth in the No. 86 Acura machine.

Unfortunately that forward progress was thrown away when a hit from the No. 48 GTD car spun Legge off track. Though the 48 car was handed a penalty for the contact, the track position had already been lost. Not long after, Legge reported that the right rear suspension was amiss and the team was forced behind the wall for the repair.

In what would normally be a lengthy fix, the Michael Shank Racing crew rallied together and repaired the suspension in just 25 minutes. The No. 93 Acura NSX GT3 returned to the track with the goal of collecting as many championship points as possible until contact during Lally’s closing stint caused heavy damage late in the race and ended the day early.

Meanwhile, the No. 86 Acura NSX GT3 was running flawlessly with Negri showing strong race behind the wheel of the chrome red machine. Negri had moved his way up to fifth in the order in one of his best drives of the year when he was called to pit lane at the 45 minute mark for full service and a driver 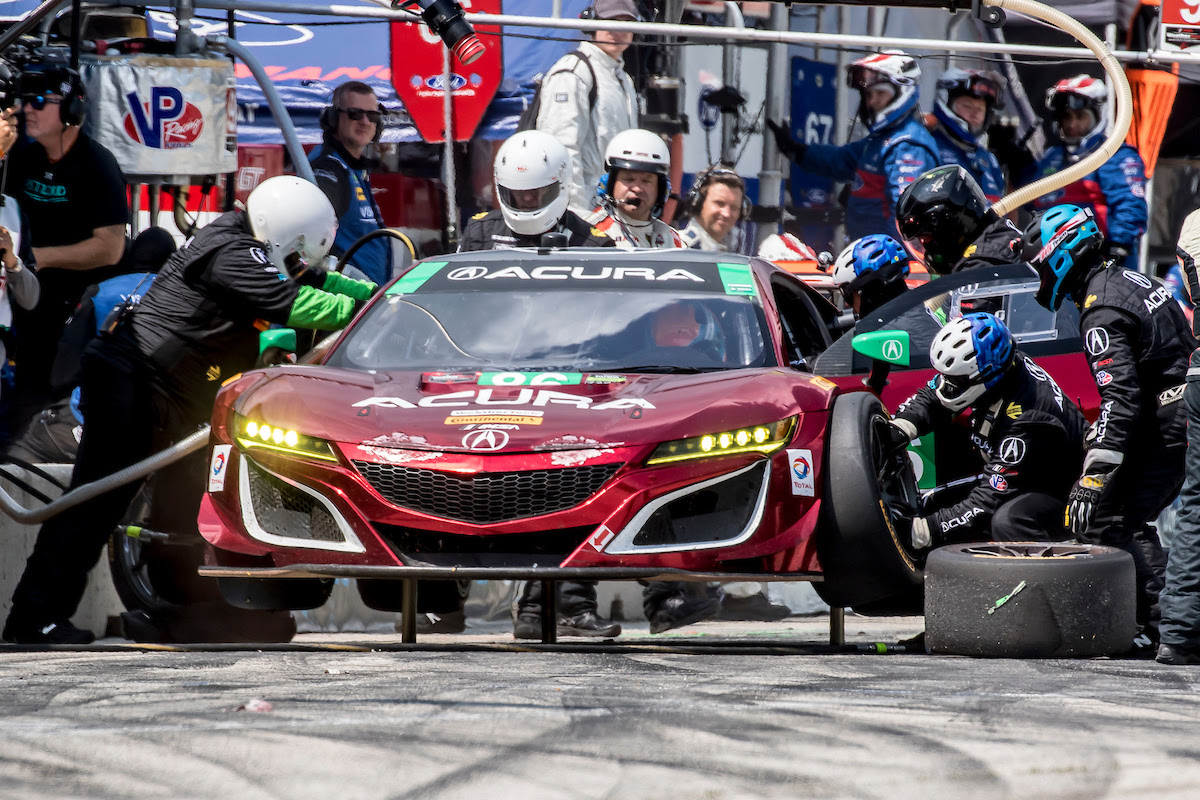 A perfect pit stop and an incredible out lap from Segal saw the No. 86 Acura NSX GT3 leapfrog up to second in the order. As Segal continued to run second during his stint, a sudden tire puncture saw Segal not only make a remarkable save to keep the car on track, but it subsequently saw Segal forced to limp the car back to pit lane and lose multiple positions on track as well as laps to the GTD leader.

The team utilized the remainder of the 2 hour and 40 minute race as a test session by continuing to learn the intricacies of the Acura platform until it was determined that the risk wasn’t worth the reward with the damage to car caused by the flat tire.

“I don’t know what we have to do to have our luck go our way, honestly, I feel terrible for all the guys,” said Team Manager Tim Keene. “It’s kind of something that seemed like it was out of our control on the 86 car – I don’t know if it was curbing or what it was – we weren’t doing anything different than we did in practice. The guys had an amazing pit stop from Ozz (Negri) to Jeff (Segal) and we got up to P2. Jeff had 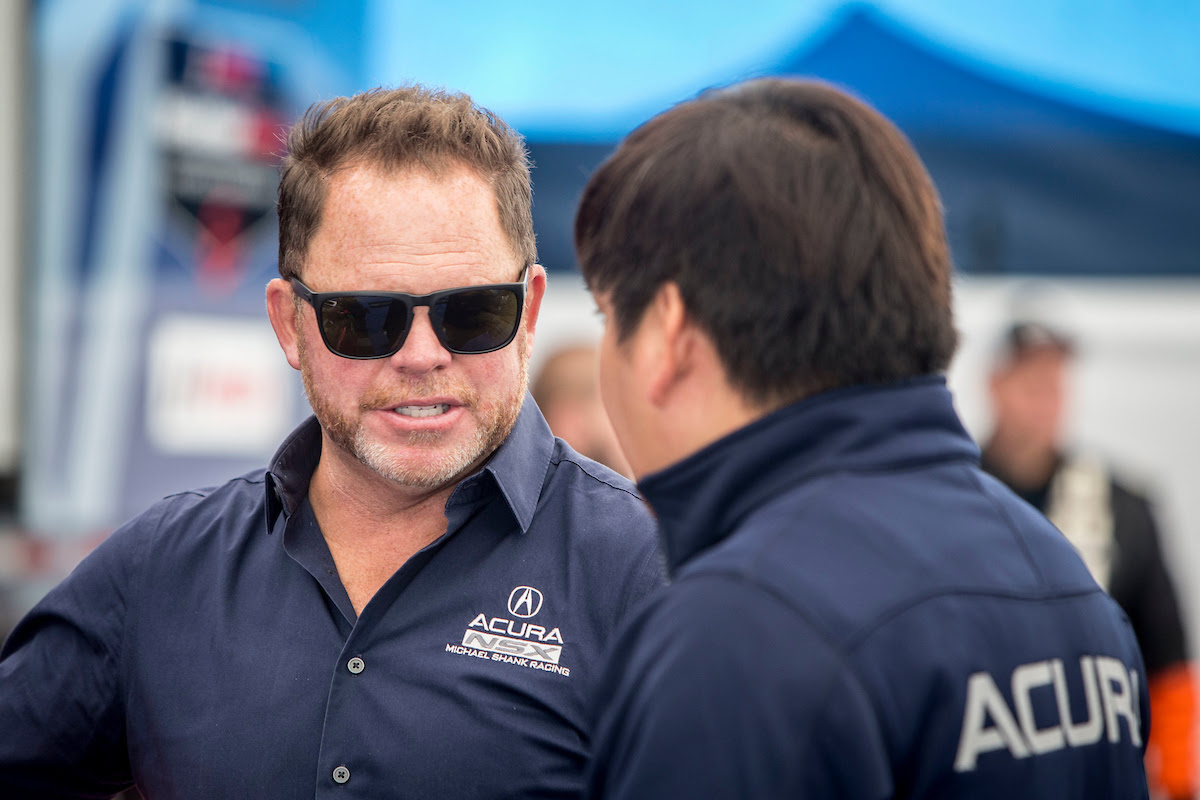 a great out lap and everything looked like it was going our way and that it was going to be our day. The sun was shining, and it just all went south there at the end. We decided that the risk wasn’t worth the reward at that point. We’ll put our heads down. These guys never stop working. We have to keep working hard and focus on the final three races – we’re still looking for that good result for the 86.”

The Michael Shank Racing No. 86 and No. 93 Acura NSX GT3s were credited with 14th and 15th respectively, at the checkered flag.

“It was a really tough weekend,” lamented Team Owner Mike Shank. “The biggest thing I have to say is how bad I feel for the 86 car guys – they deserved a podium today and they were well on their way. We don’t know what was causing the left rears to fail. The No. 93 at the end was really bad (with the crash) and I’m just glad Andy (Lally) is okay. We will regroup, we will rebuild, and we will be at VIR.”

Michael Shank Racing with Curb/Agajanian will look to rebound in the next IMSA WeatherTech SportsCar Championship event at Virginia International Raceway: August 25-27.