Race: 56th running of the Rolex 24 At Daytona 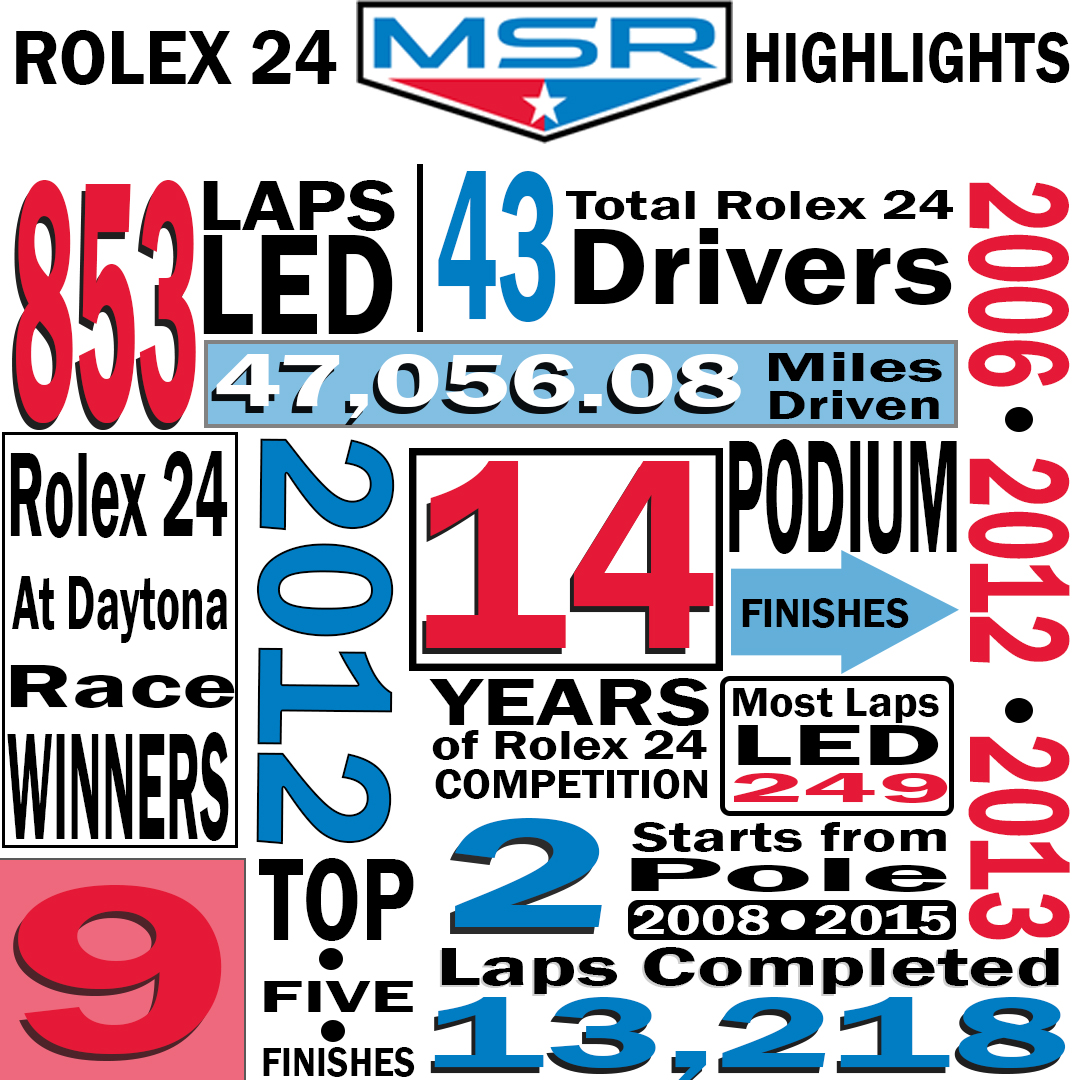 24 Entries Through 15 Rolex 24 Events:
Michael Shank Racing has had a car entered every Rolex 24 At Daytona since 2004, finding success in the Prototype field before switching over to GT competition in 2017 with Acura. The 2018 two-car program marks the 24th entry for the Ohio-based team in the 24.

Return of the Dinger: 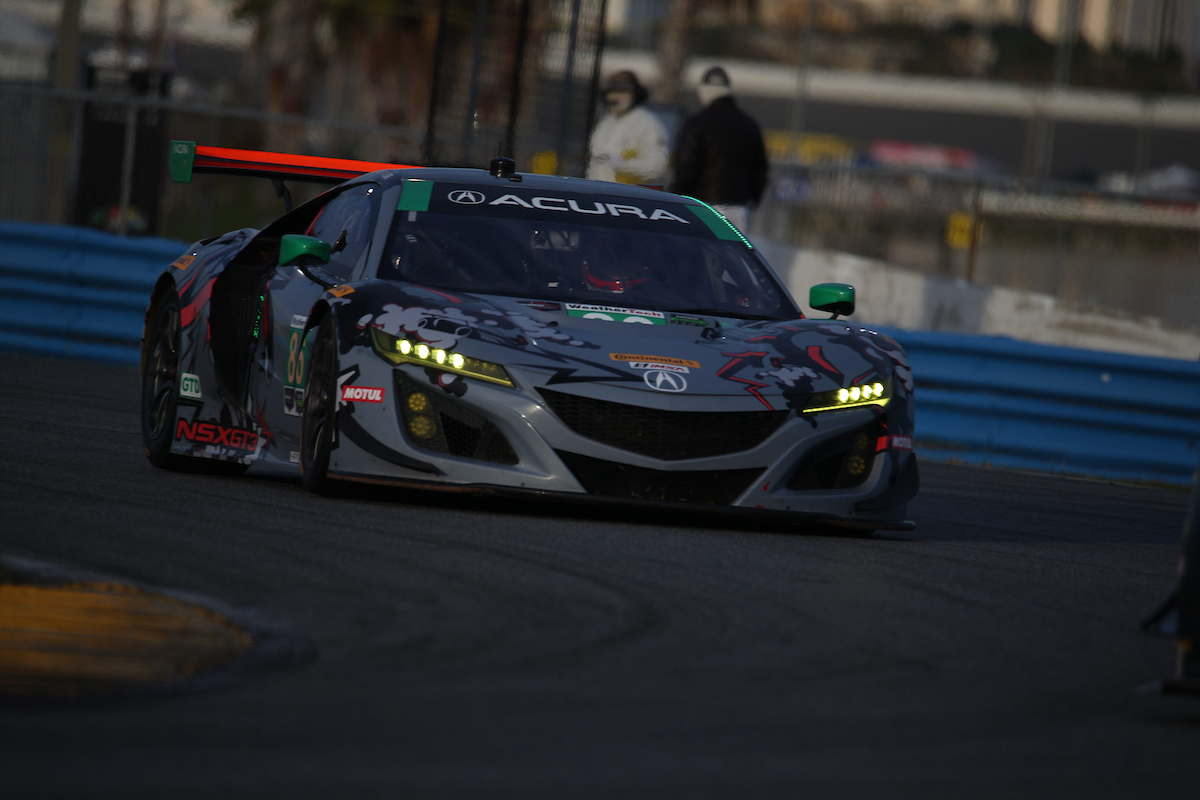 AJ Allmendinger has been a staple for Rolex 24 Prototype competition with Michael Shank Racing, having competed in 11 24-hour events with the Ohio-based team since 2006. Allmendinger will be making his return to Rolex 24 At Daytona competition this season after a scheduling conflict last year prevented him from partaking. This year will also mark Allmendinger’s first ever race outing competing in a GT car.

New Year, New Drivers:
Michael Shank Racing has routinely arrived in Daytona for the Rolex 24 with a large stable of drivers, and for the second year in a row, eight star drivers will be representing the team’s two-car Acura NSX GT3 effort. An ace in sports car competition and most recently crowned Pirelli World Challenge champion, Lawson Aschenbach will be driving in the No. 93 Michael Shank Racing Acura NSX GT3 alongside longtime friend and NASCAR competitor, Justin Marks. To join that entry will be endurance racing pro and reigning IMSA TPNAEC champion, Mario Farnbacher and French champion, Côme Ledogar. 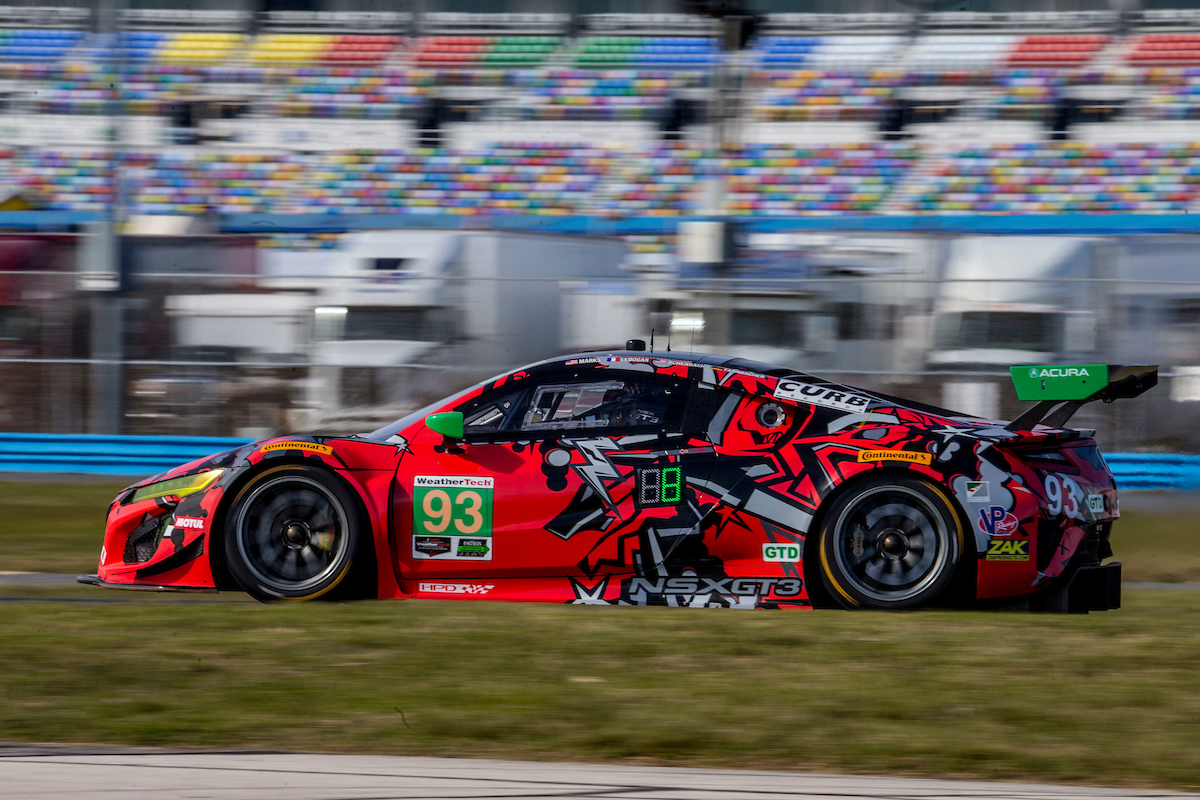 Michael Shank Racing’s second Acura NSX GT3 car will be piloted by returning Acura driver Katherine Legge, who helped earn Acura its first two wins last year. Legge will be joined by Alvaro Parente who has won endurance races including the Bathurst 12 Hour. The final two drivers in the No. 86 Michael Shank Racing Acura NSX GT3 will be American Trent Hindman who may be young but has already scored a championship in Lamborghini Super Trofeo. Finally, AJ Allmendinger will make his return to Michael Shank Racing.

Alive from Aconcagua:
Most drivers enjoy spending their time away from the track staying fit in the gym or going on cycle rides, but Justin Marks likes to take things to a new extreme. In between the Roar Before the 24 and the Rolex 24, Marks climbed the Aconcagua mountain – the highest mountain range in the Western Hemisphere – along the Andes mountain range in Argentina. Marks spent a total of 13 hours climbing to just under 22,000ft. 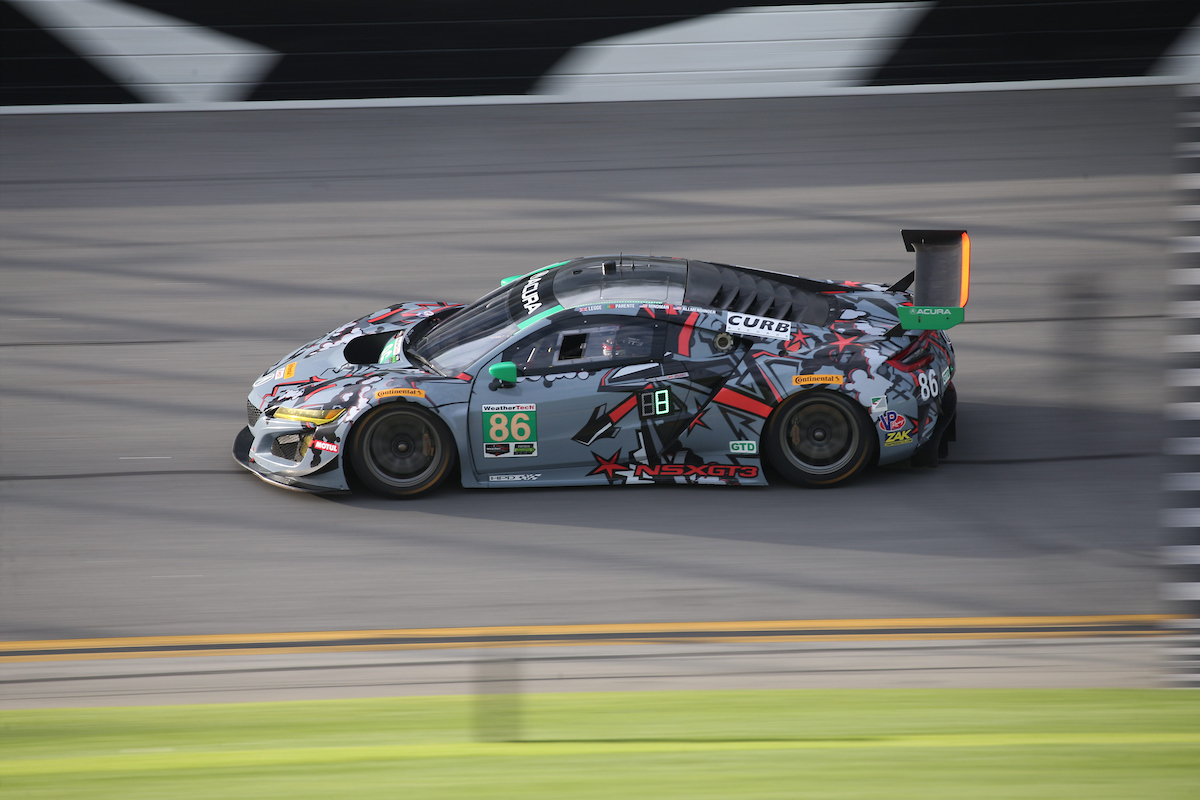 Featured Rolex Winners:
Many people compete at the Rolex 24 At Daytona, but very few can walk away with the famed Rolex watch and title of Rolex 24 winner. Michael Shank Racing – a Rolex winner itself – is fortunate to include two previous race winners in its 2018 lineup.

It’s a First:
Michael Shank Racing will be joined by two first time Rolex 24 At Daytona participants, Alvaro Parente and Côme Ledogar. Despite having never competed in the annual event, both Parente and Ledogar have both speed and experience when it comes to endurance racing. Parente has been entered in two 24 Hours Le Mans as well as emerging as Champion of the 2016 12 Hours of Bathurst. Similarly, Ledogar has his share of accolades to bring to the team this season. Ledogar scored a podium finish at the 2017 12 Hours of Bathurst and was champion of the 2016 Blancpain Endurance Championship.

Race Coverage:
*All times in ET

Radio IMSA will also provide live coverage of the race via imsa.com

Driver Quotes:
Lawson Aschenbach, No. 93 Michael Shank Racing Acura NSX GT3: “I think the car is quite capable of winning the race. It’s plain and simple that the car has come a long way in a year. The combination of Michael Shank Racing and Acura NSX GT3 is a dream scenario. Everyone has been working really well. All of the co-drivers have been working together trying to fine tune the car and make it better here and there. We are also working with each other to try and make each other faster too. I’m very optimistic that we are going to have a strong run and I don’t see any reason why we can’t get on the podium.”

Justin Marks, No. 93 Michael Shank Racing Acura NSX GT3: “I think the Michael Shank Racing team and the Acura NSXs are well prepared for the 24. The Roar test went really well, we made a lot of progress and the team is stacked with talent. The Daytona 24 is one of my favorite events in the sport. Winning the race takes a lot of discipline, good strategy, focus and intensity level that is unmatched anywhere else. This effort encompasses everything required to successful.”

Mario Farnbacher, No. 93 Michael Shank Racing Acura NSX GT3: “We all know that the Acura is a great car. The team and the car proved itself last year and has shown that it is pretty quick and got a couple of wins. The expectation is always high in my opinion because I am a positive thinker. I plan on being openminded going into the race. Our goal is for sure to finish on the podium and collect as many points as we can for the full season drivers.”

Côme Ledogar, No. 93 Michael Shank Racing Acura NSX GT3: “I try not to think too much about the race. We have been focusing on setting up the car and thinking about the strategy. We will of course adjust as the race goes. We are looking to set up the car so that it has a good pace throughout the entire race. For sure the expectations are to win because we have a very good driver lineup. For me it is definitely one of the best packages; the car is very strong.”

Katherine Legge, No. 86 Michael Shank Racing Acura NSX GT3: “I am really looking forward to the race. It has been a year since the car made its debut. The team, Acura and HPD have done a fantastic job at developing it from there. It’s great to come back and have a shot at winning. It’s also really cool to be racing with a longtime friend, AJ (Allmendinger).”

Alvaro Parente, No. 86 Michael Shank Racing Acura NSX GT3: “It has been a really good atmosphere between the team and the drivers which always makes the race weekend that much easier. The main thing is getting the car as stable as possible and as quick as possible for the 24-hour. Sharing the car with AJ (Allmendinger), Katherine (Legge) and Trent (Hindman) has been great, they are all such nice people. Obviously, Kat and AJ are super experienced, and Trent is also learning super quick and adapting really well. I think it’s a good atmosphere, we are just working on getting the car as comfortable as possible for the race.”

Trent Hindman, No. 86 Michael Shank Racing Acura NSX GT3: “I kind of figured that coming into this that the transition would be pretty seamless just from working on Conti and with some other teams and going back and forth between paddocks. It’s been that and then some. Working with Mike (Shank), Ryan (McCarthy) our engineer, Vince (Forges), Katherine (Legge), Alvaro (Parente), AJ (Allmendinger) it’s been nothing but a huge learning experience for me. That was really the only expectation that I had, which was to learn as much as possible. Everyone here has a lot of experience in these long-distance races, and that is where I am learning quite a bit. I am just doing my best to pick up on that and follow along as much as I can.”

AJ Allmendinger, No. 86 Michael Shank Racing Acura NSX GT3: “I am looking forward to the race. You know, missing the race last year was I think the first time in 10 years that I hadn’t been with him (Mike Shank). The cars are fast and are going to be competitive. We definitely have a shot at the win. The biggest thing for me, having never driven a GT car, is really the traffic. I’ve always been on the other side with the prototype and you are the aggressor where you can pick and choose your moves. I think there is a real artform with the GT car to allow guys to get by you but still minimize your time loss throughout the course of the race. Just being here at the Rolex 24 with Mike (Shank) and everybody, it’s always a great way to start off my year and a really great way to kick off my Daytona adventure of three or four weeks for the 500 and I always enjoy it.”