The No. 60 AutoNation / SiriusXM Honda IndyCar will be piloted by Jack Harvey
Images courtesy of IndyCar / Brian Cleary 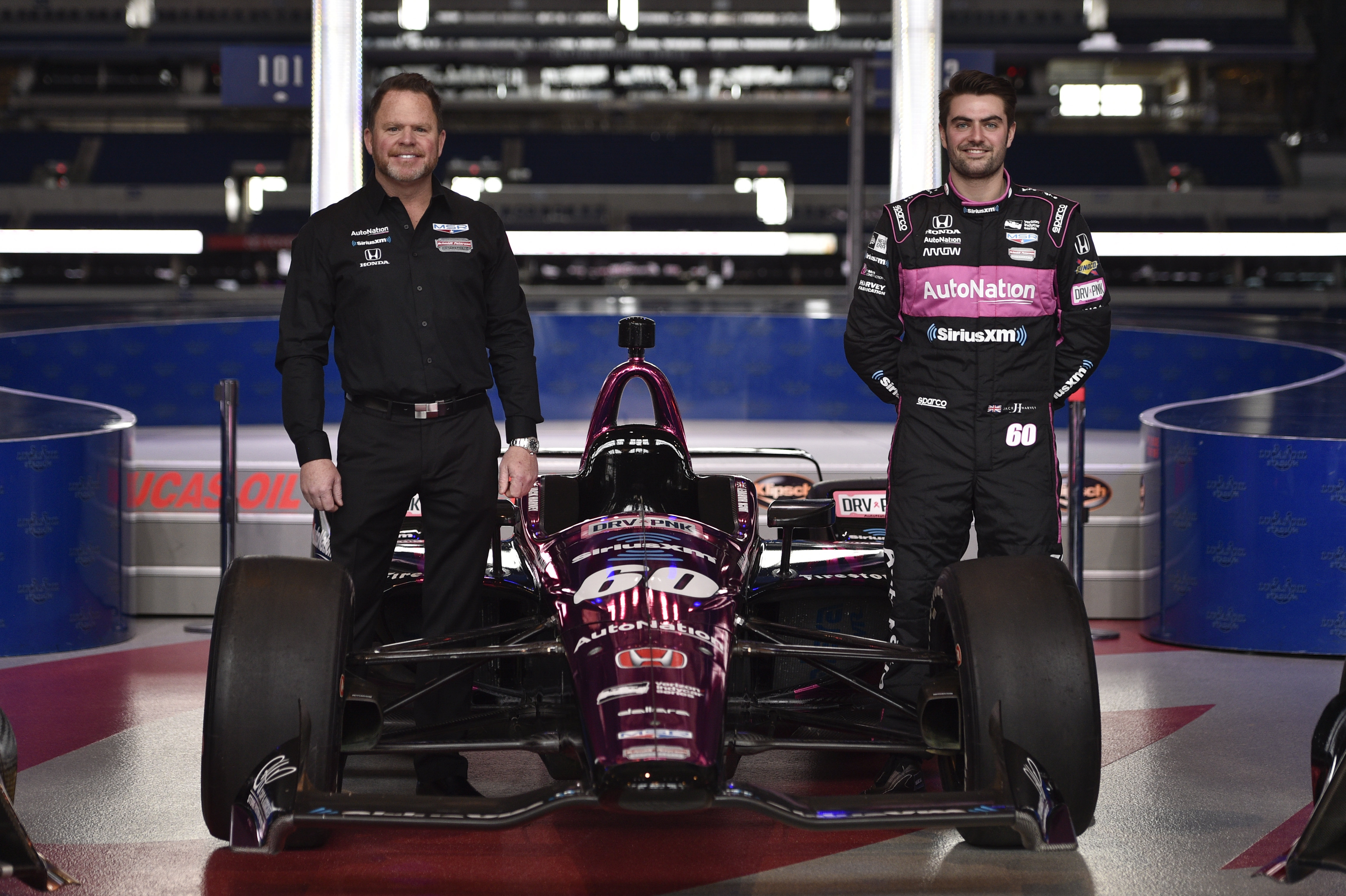 St. Petersburg, Fla. (5 March 2018) – After months of anticipation and preparation, Michael Shank Racing is set to launch its 2018 IndyCar campaign this weekend at the Firestone Grand Prix of St. Petersburg with driver Jack Harvey.

The team made its IndyCar debut in 2017 in the Indianapolis 500 with Harvey, and has built the program ahead of the 2018 season in partnership with AutoNation and SiriusXM.

Michael Shank Racing will be working with the well-established Schmidt Peterson Motorsports (SPM) organization as a technical partner for the Ohio-based team’s debut season. That partnership has already yielded a strong start to the campaign, as the Michael Shank Racing crew took delivery of the No. 60 AutoNation / SiriusXM Honda just over 2 weeks ago at the SPM shop.

The dedicated collaboration between the two squads completed the build in an impressive 10 days, just in time for the first test of the season at Sebring International Raceway ahead of the St. Pete weekend.

Michael Shank Racing with SPM is slated to enter six IndyCar events including the season-opener at St. Petersburg, Long Beach Grand Prix, the 102nd running of the Indianapolis 500, Honda Indy 200 at Mid-Ohio, Portland International Raceway and the IndyCar season-finale at Sonoma Raceway.

Harvey will be making his return to IndyCar with the backing of two organizations that he’s well familiar with, having made his IndyCar debut with Michael Shank Racing last year and then going on to make two race starts with SPM to close out the 2017 season. Harvey also knows SPM from his Indy Lights career, with two standout seasons in 2014 and 2015.

Despite his Rookie status, Harvey will enter the season opener at St. Petersburg with a high level of confidence thanks in part to his remarkable record of success at the temporary road course. Harvey’s Indy Lights outings in St. Pete yielded a 3rd place finish in 2014 and two runner-up results in 2015. 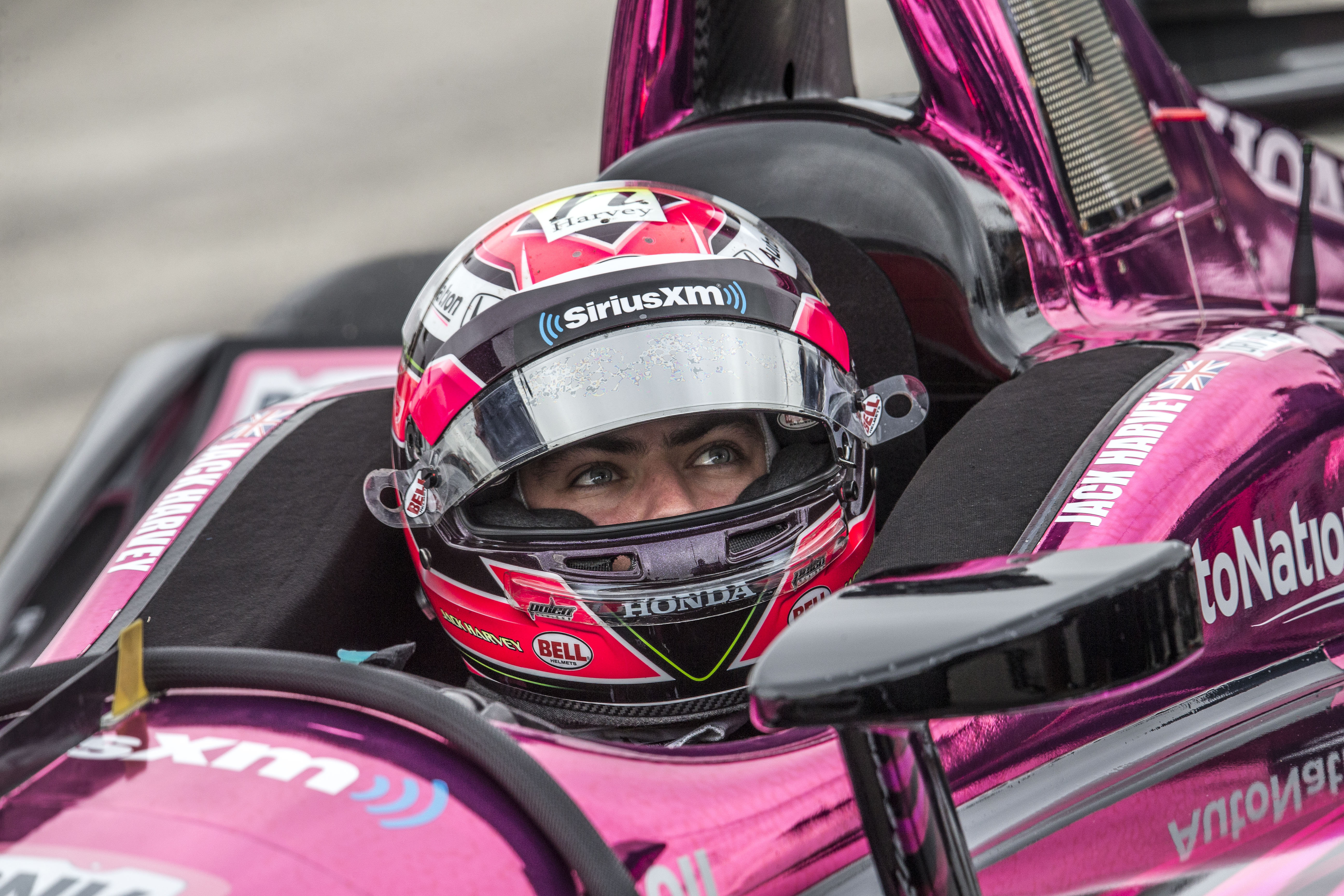 “I am really excited to be racing at the season opener of the 2018 IndyCar Series,” said Harvey. “St. Pete has been kind to me in the past so hopefully we can carry that on this year. We are a new team, it’s the first race, we know our expectations and will do our best to deliver. I have all the confidence in the world in both Michael Shank Racing and Schmidt Peterson Motorsports and I am ready more than ever to kick off the season with a strong debut outing.”

After stepping out of the cockpit having made it to the IndyCar ranks as a driver, the road back to IndyCar has been a circuitous one for Shank, who has in the meantime cultivated a highly accomplished and successful IMSA program in the last two decades. Growing on that success with the new IndyCar program hasn’t changed Shank’s notorious focus on the details needed to succeed.

Entering the first race of the season with a standout driver and great sponsors in place, Shank is eager to get the weekend started.

“This whole process has been so exciting for not only me but the entire team,” said Shank. “We are working with two great partners, AutoNation and SiriusXM along with some of our longtime sponsors and it’s an honor to have them on the side of our car. This first race definitely won’t be easy, but Jack (Harvey) has a great record here and he knows what to expect. We are going to take this weekend day by day and hope that we can get a solid finish at our first event.”

The Firestone Grand Prix of St. Petersburg will be aired live on ABC beginning at 12:30 p.m. ET on Sunday, March 11th.