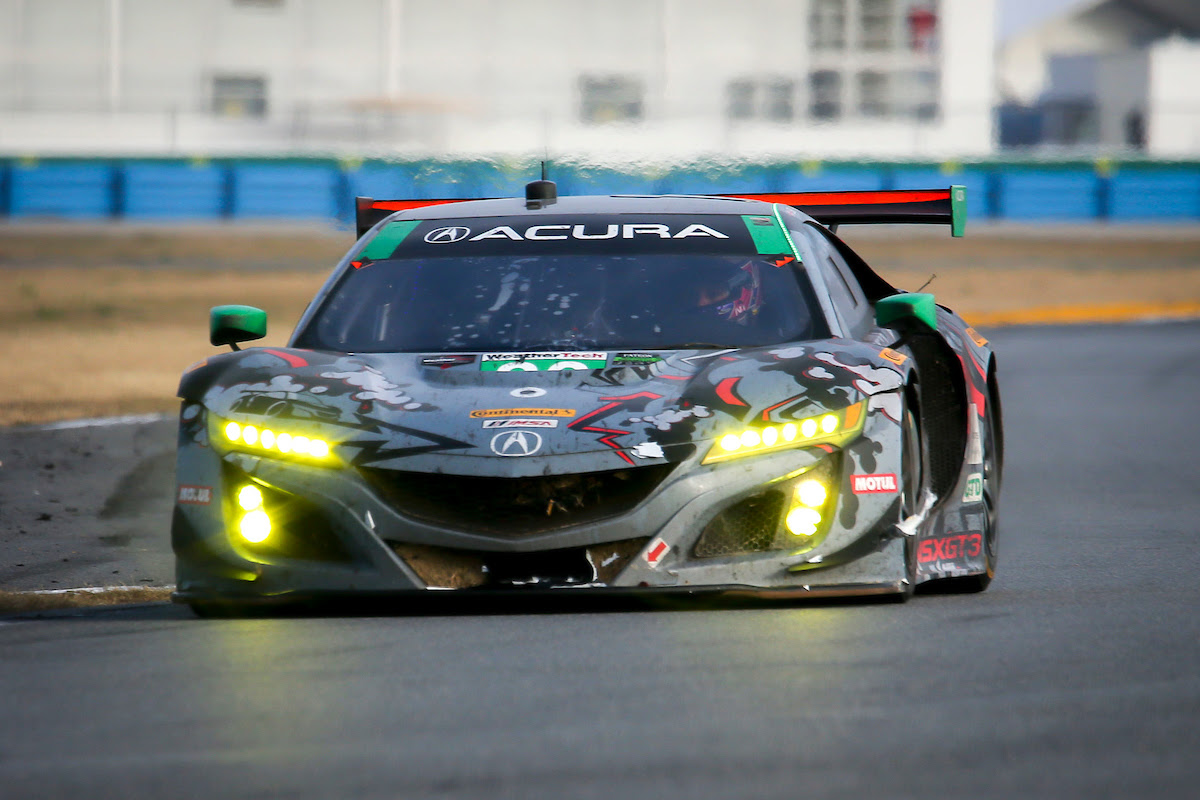 Sebring International Speedway: Famous for its “Respect the Bumps” slogan that’s reflective of the tough nature of the historic track, Sebring International Raceway is a staple venue on the American sports car racing calendar. The 3.74-mile road course, which once served as a military base, will host the 66th running of the Mobil 1 Twelve Hours of Sebring event this week.

Fresh Off the Podium: The Michael Shank Racing crew will be carrying some positive momentum after scoring an incredible podium finish at the Rolex 24 At Daytona where the No. 86 Michael Shank Racing Acura NSX GT3 crossed the finish line second in the GTD class with drivers, Katherine Legge, Alvaro Parente, Trent Hindman and AJ Allmendinger. This podium result was the first for Michael Shank Racing in GTD competition at Daytona and the third GTD class podium in the team’s career having won races at Watkins Glen and Detroit in 2017. 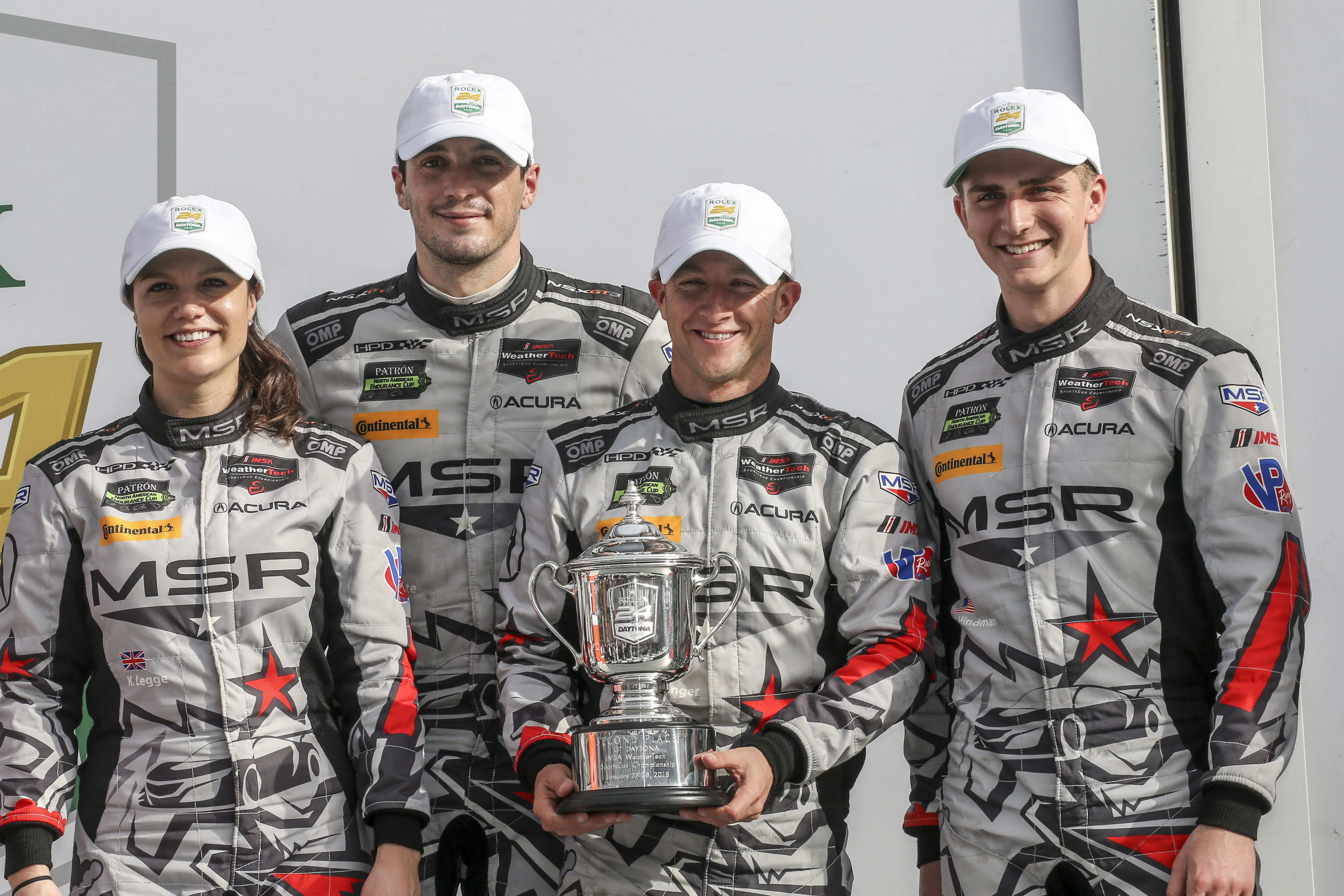 TPNAEC Leaders: In addition to scoring a podium finish, the No. 86 Michael Shank Racing Acura NSX GT3 also leads the Tequila Patron North American Endurance Cup (TPNAEC) GTD standings heading into the second endurance event of the season. This is the second year in a row that the Michael Shank Racing No. 86 machine has led the GTD TPNAEC points standings after Daytona.

The TPNAEC is a series within a series where teams and drivers score points at different segments depending on track position throughout each of the four endurance events (Daytona, Sebring, Watkins Glen and Petit Le Mans). During the Rolex 24 At Daytona, points were awarded at the six, 12-hour, 18-hour and 24-hour marks. The No. 86 Acura NSX GT3 leads with a total of 14-points.

Driver Highlights: Michael Shank Racing has a strong lineup of drivers for each event, and the Twelve Hours of Sebring will be no different. Endurance racing ace and 2017 TPNAEC champion, Mario Farnbacher will return to the No. 93 machine. Farnbacher has a strong history at the Sebring circuit, and is currently the reigning Sebring GTD champion, scoring an impressive win with Mercedes last year. Farnbacher also has an additional Sebring victory in 2015 along with a podium finish in 2014.

Newcomer to the team, Trent Hindman will also be returning to his No. 86 machine with co-drivers Legge and Parente. Although 2018 marks his first start at the famed 12 Hour endurance race, Hindman has earned success in Continental Tire SportsCar Challenge competition at the circuit. Hindman earned the top spot on the podium in 2016 CTSC GS class competition, driving for Bodymotion Racing as well as a second place finish in 2014.

Driver Quotes:
Lawson Aschenbach, No. 93 Michael Shank Racing Acura NSX GT3: “Michael Shank Racing is firing on all cylinders and we are as prepared as we can be for the 12 Hours of Sebring! We had a successful test at the track and made a few adjustments to help sync the car to our driving styles. We also learned more about the new and improved Continental Tire. I think Justin (Marks), Mario (Farnbacher) and I are working well together and our confidence in the Acura NSX GT3 is high. I’m looking forward to a great race! In my mind there is no such thing as “endurance racing” anymore. Sebring will be a 12 Hour sprint race – that means you have to push 100% from beginning to end. Our focus is pure, ‘do whatever it takes to win.’ Mike Shank is one of the best in the business, and he understands how to set up the team and drivers to make sure we maximize our abilities.”

Justin Marks, No. 93 Michael Shank Racing Acura NSX GT3: “We had a really good test down in Sebring and every time I’m in the Acura NSX GT3 I understand more of what the car needs to contend. The 24 hours is such a tough race to begin the season with, but the good part is that we get a lot of time in the car and a lot of time with the team so there’s momentum heading into Sebring. In my mind, Sebring in many ways is a more difficult challenge than Daytona. The track is more technical, more physical, and harder on the cars and the drivers/teams. The intensity and focus required is at a higher level. There aren’t many points scoring opportunities in IMSA so every time we race, whether its 24 hours or 2 hours, we are focused intently on just getting the best finish possible. It’s always a process but the more time we spend together, the better.  Ultimately, we all have to compromise on car setup but so far we’re all very similar in driving styles so it benefits the 93 car’s effort.”

Mario Farnbacher, No. 93 Michael Shank Racing Acura NSX GT3: “I love Sebring and have won here twice. There is something magic about it, every lap you get surprised with some new bumps and changing track conditions. Sebring is a tough place for any car and driver. It’s important that the car is setup well over bumps and the mix of slow and fast corners. The Acura NSX behaved very well during the Sebring test and we improved the car a lot, so I think we have a good shot for the 12h of Sebring. Sebring is a great race and my job is to support Justin (Marks) and Lawson (Aschenbach) for their full season championship. But I would love to add another Sebring win to my books. But to get there you need to stay out of trouble until the last 2 hours and still be on the lead lap. It’s going to be a tough race like we saw in Daytona.”

Katherine Legge, No. 86 Michael Shank Racing Acura NSX GT3: “I think any positive momentum is good heading into Sebring, and we tested well there and have a fantastic team behind us so we are very positive heading into the race weekend. Not too much will change for this race, it is obviously hard on equipment, but MSR have worked hard on the NSX durability and we will be aiming for the same goal as always – to win!”

Alvaro Parente, No. 86 Michael Shank Racing Acura NSX GT3: “For sure Sebring is a tough place and hard on both the car and drivers. Traffic is hard to manage and especially working through Turn 1 and Turn 17. My mindset will be the same which is to keep our heads down and work hard to find the best setup for the track as we can. We have already been working on a lot of this at the test as well as being smart on every stint the best we can. As long as we sick to the plan, we will see if we can be there at the end in the position we want!”

Trent Hindman, No. 86 Michael Shank Racing Acura NSX GT3: “The result achieved by the Michael Shank Racing team at the Rolex 24 was great but it is difficult to say how everything will come together at the 12 Hours of Sebring because, as a circuit, it’s so much different than Daytona. Of course the momentum carried over from a 2nd place run at the 24 is significant, but if anything it’s more confidence inspiring just because we feel that the Acura NSX GT3 will perform even better at Sebring. By no means is the Sebring 12 hour an easy race for anybody, but then again neither is the Rolex 24. Both are pretty grueling in their own ways, but as long as us drivers and the MSR team perform the way we did at Daytona and minimize mistakes, I think we will have ourselves in good position at the end of 12 hours. Our NSX GT3 felt great in testing and we hope to capitalize on that for the race. Ultimately, we’ve got the best engineers/strategists in the business on our pit box and a phenomenal crew going over the wall as well. These guys were flawless at the Rolex 24 and we certainly need more of the same in order to bring home a win at the 12 Hours of Sebring.”