Going from the shortest track on the IMSA schedule to the longest, MSR has a strong team of talent ready for the weekend at Road America.

With the No. 86 MSR Acura NSX GT3 sitting second in the GTD championship, drivers Katherine Legge and Alvaro Parente are hoping for a better weekend than the Lime Rock race which saw the duo just miss out on a podium finish. Parente has already scored a win in World Challenge competition at Road America this year while Legge has also visited the podium in 2013 in American Le Mans Series competition.

“Road America is a great track and I have been successful there recently,” said Parente. “I’m excited to go back and drive the Acura with MSR. We will try to be competitive and fight for a good result. Everyone at the team has been performing super well so I’m looking forward to getting there and to see what we can do.”

Looking to secure the first championship for MSR, Legge currently holds second place in the GTD standings and is eager to get back on track after taking what felt like a frustrating fourth at Lime Rock Park.

“I am feeling really good about the championship,” said Legge. “The last couple of races have been about collecting points as we have not had the outright speed of some of the other cars. Our focus this weekend remains to finish as well as we can.”

Coming off of a disappointing run at Lime Rock, which saw the No. 93 MSR Acura NSX GT3 get hit off track on the very first lap and forced the retirement for the car, Lawson Aschenbach and Justin Marks are hoping to put their combined years of varied experience to use this weekend.

“It’s no secret that we’ve had a rough couple of races, but these things happen in this sport,” said Aschenbach who scored a double podium finish in World Challenge in 2017. “The key to overcoming poor results is to treat each race as a new one. I know everyone at MSR is working hard to get the maximum out of the car and we are fully focused on Road America. The Acura NSX GT3 is a race car that excels in heavy brake zones and at smooth tracks with high grip levels. Road America definitely has some of those attributes, so I’m confident that we are going to be competitive this weekend.” 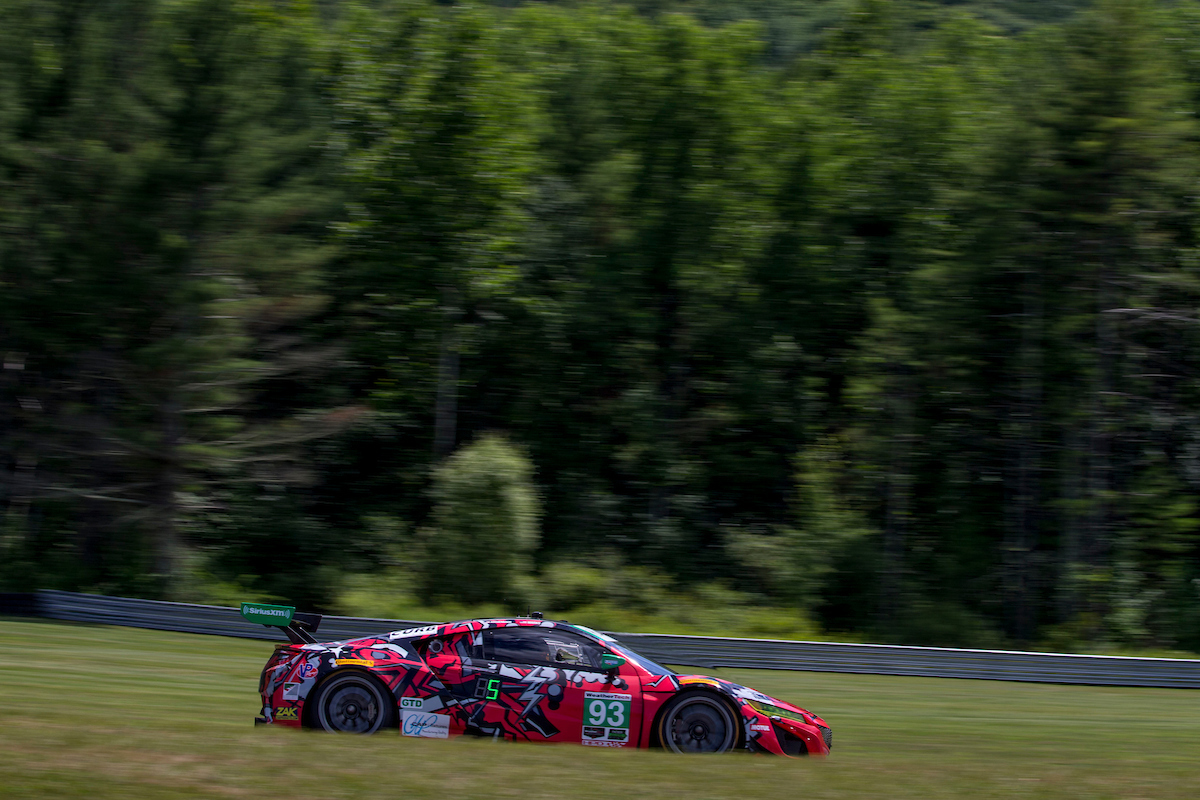 Marks who has had his share of race starts in both the NASCAR Xfinity Series and ALMS Series at Road America, is amped to show the true potential of his Acura NSX GT3.

“I love the track and have had some great races there but am still eager to get my first victory at Road America,” said Marks, who’s best finish was fourth in the 2017 Xfinity race. “Success at Road America relies heavily on straight line speed. We just need to execute well all weekend and focus on race pace.”

The Continental Tire Road Race Showcase will be broadcast on Sunday, August 2nd live on FS1 beginning at 2:30  p.m. ET and also with IMSA Radio SiriusXM coverage on Ch. 202.