Alton, Va. (19 August 2018) – It was a comeback weekend for Meyer Shank Racing with a podium finish following a near-win for the team’s two car Acura NSX GT3 lineup at VIR. 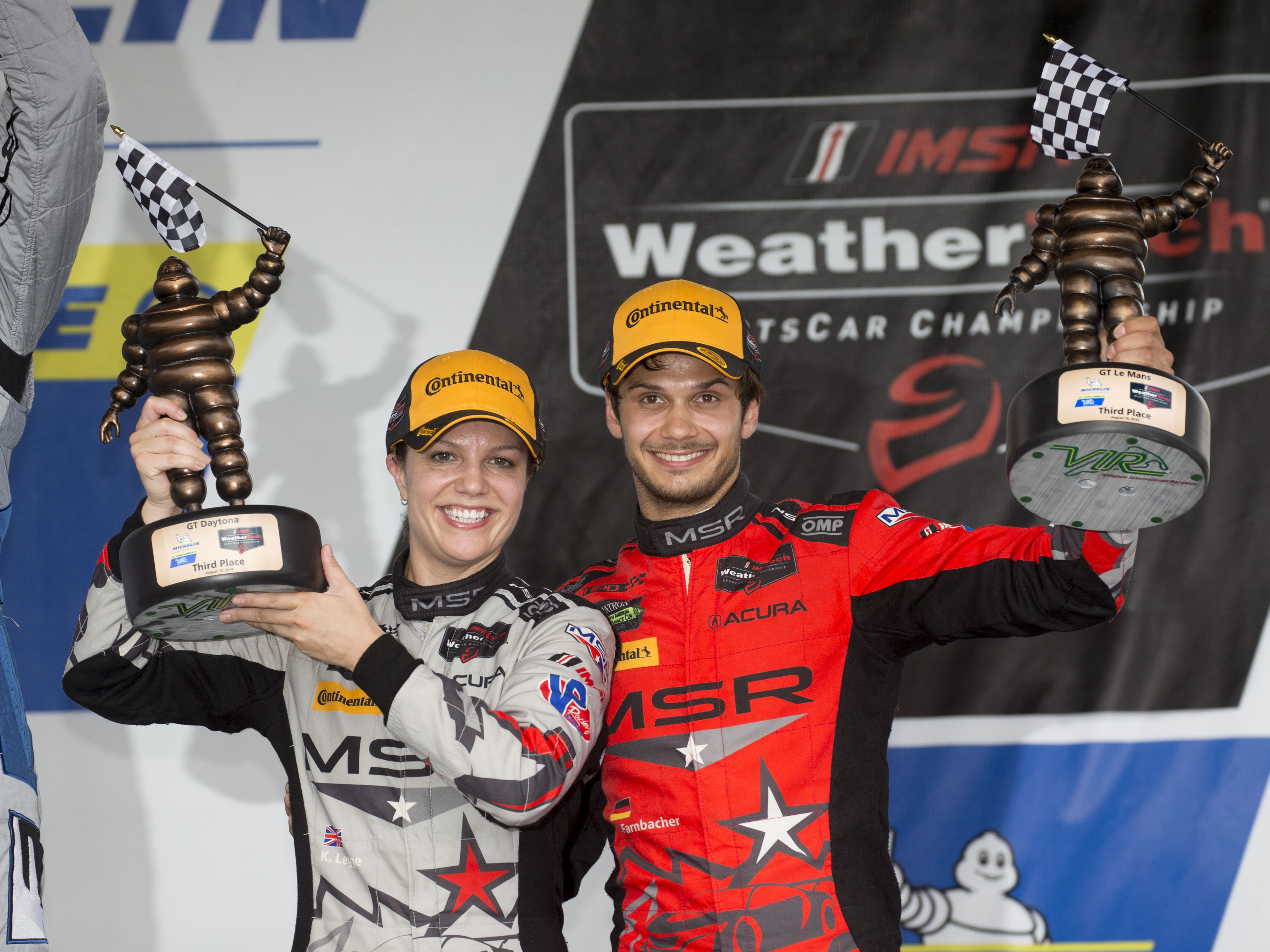 A thrilling last lap battle saw Katherine Legge make an aggressive move for the lead in the closing moments of the race but ran out of grip and had to settle for third at the finish. The No. 93 Meyer Shank Racing Acura NSX GT3 also showed strength with Justin Marks and Lawson Aschenbach as the entry led in the latter stages of the race ahead of a hard-fought ninth place result.

Starting from the fourth and fifth rows, both MSR machines had their focus forward  at the drop of the green.

An early issue with the No. 93 car brought Marks into the pits on lap 3. Despite wanting a full course yellow to regain track position, a lengthy 40-lap green flag run would hinder that plan. Marks turned over consistent laps before handing the car to Aschenbach on lap 34. 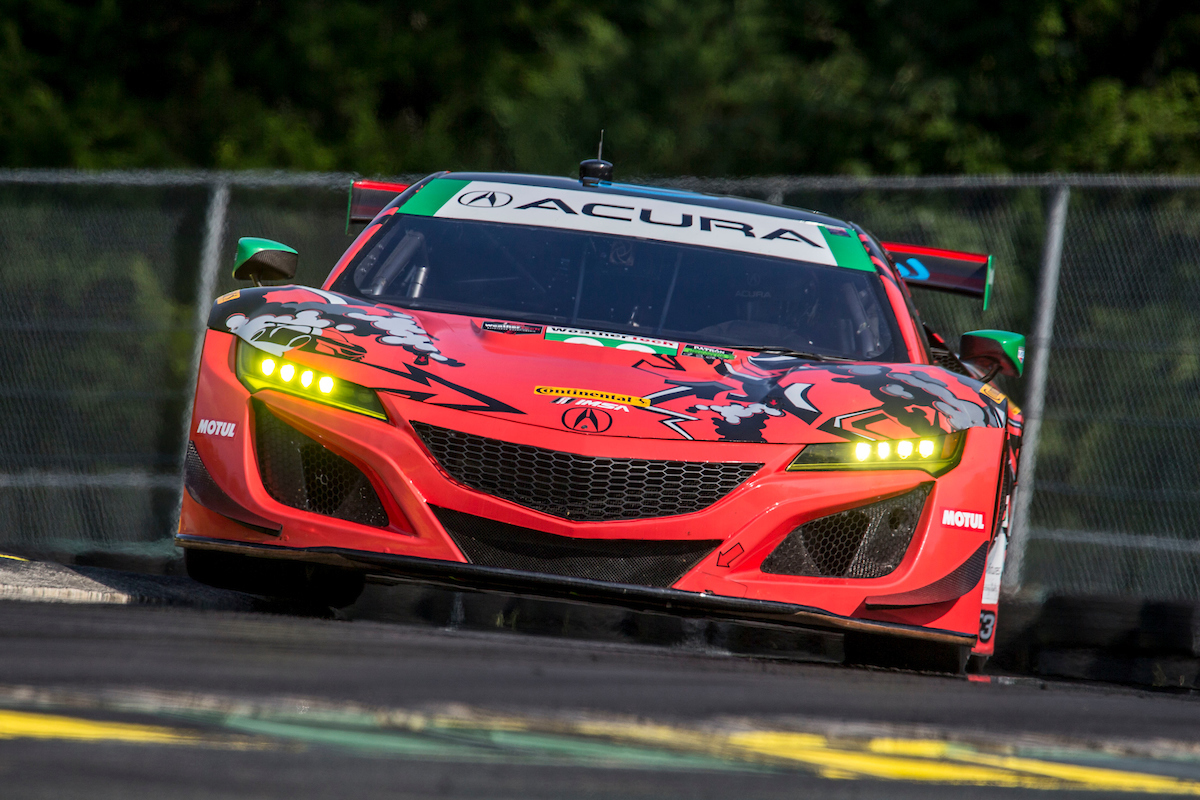 Knowing that alternate strategies can pay off in the highly competitive IMSA ranks, Mike Shank made the call to pit for only left side tires during a lap 57 pit stop. That tactical strategy brought Aschenbach to lead the race for 13 laps but eventually tire wear got the best of the No. 93 and Aschenbach settled with a ninth place result at the checkered.

“We gambled on a tire strategy and it definitely got us the track position but unfortunately we just couldn’t hang on and our car fell off pretty hard on the rear toward at the end,” said Aschenbach. “I was just trying to keep it on track the last couple of laps. Disappointed to say the least. We had that problem earlier on and went a lap down and that doesn’t help anything either. The team is working hard and we’re trying to get the maximum out of the car right now, but sadly it’s just not there right now. It’s disappointing but I know these guys will keep working at it for Laguna.”

Despite having the run out front not translate into another podium for the duo, Marks was impressed with the calls for strategy from the box to bring the No. 93 car to lead the race after being a lap down early on.

“It was just a tough day,” said Marks. “We’re just missing a little something on the 93 car. I’m not sure what it is yet. The strategy today was really good, we took a car that was not even close to being one of the best cars out here and put it into the lead of the race on strategy which I’m stoked about because that’s what you ask for out of your team. We just didn’t have the pace in the car. So we just have to keep working and keep trying to stay as optimistic as we can.” 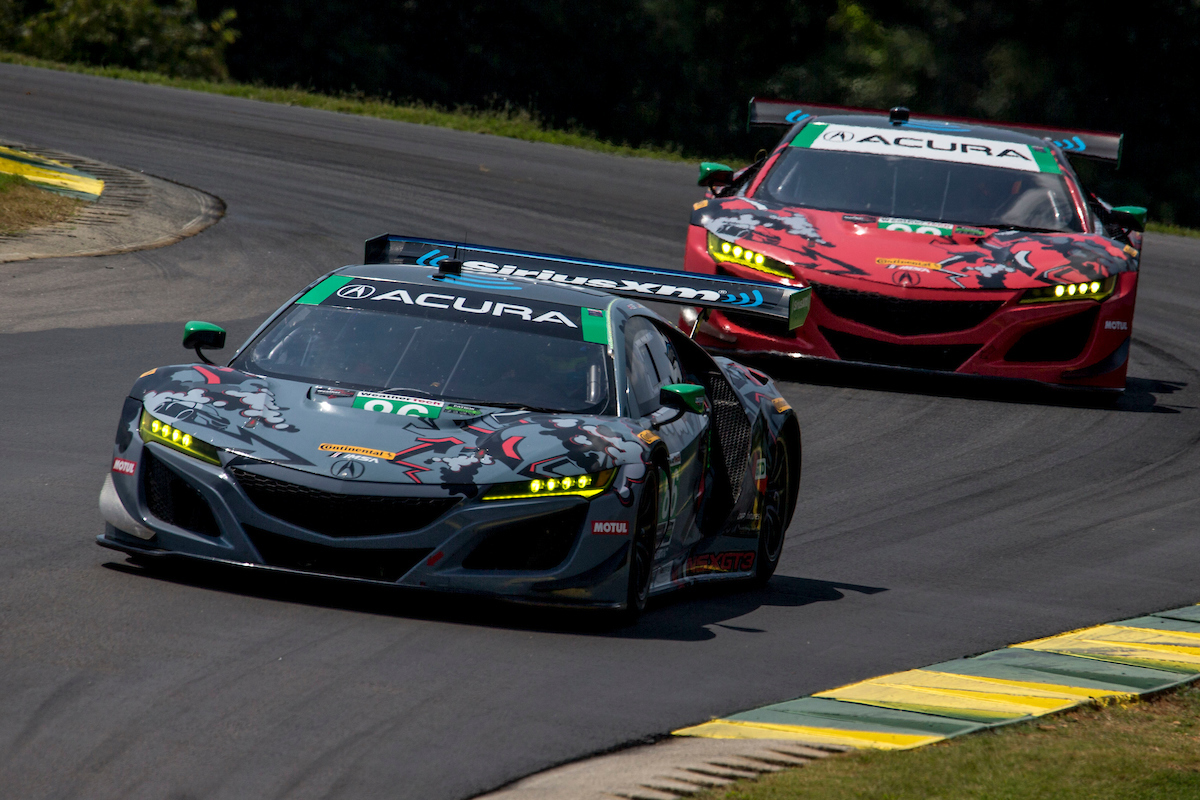 The championship contending No. 86 car was on the hunt to recover as many championship points at VIR. Farnbacher set a goal to keep ahead of the championship leading No. 48 car while managing the pace of his Acura before turning over the car to Legge on a lap 30 pit stop.

“We tried to manage the set up for today,” said Farnbacher. “We struggled early on. But other than that my goal was to get by the (championship leading) No. 48 and maintain my position in front of them and that’s what I did. We at least stayed in front of them and I gave the car to Kat (Legge) and she did a great job. It was not easy with the temperatures and everything so P3 is a good result for the performance we have right now.”

Legge’s heads up yet aggressive driving style was put on display as she ultimately was in contention for the win as she was gaining nearly 2-second a lap on the leading car. An intense last lap battle saw Legge attempt a Turn 14 pass, which was nearly completed. Legge rounded out the podium with a third place result which provisionally closed the championship points gap to 13-points (275-262).

“I had to go for it, right?!” said Legge “If it wasn’t for my mistake there I really think I would have given the team that win and they deserved it because the car was awesome and the team did a flawless job. I was just kicking myself then to the finish but it was fun. It was fun to have a car that I could fight with though we were still struggling a little in a straight line. The guys did a really good job to give me a good race car with very little degradation which is what we were after. Mario (Farnbacher) did an awesome job. I’m happy. We’re back in it.”

A win is always the goal, but in Shank’s mind, having a podium result and decreasing the championship points gap was a success as the team earned two hard-fought results this weekend. 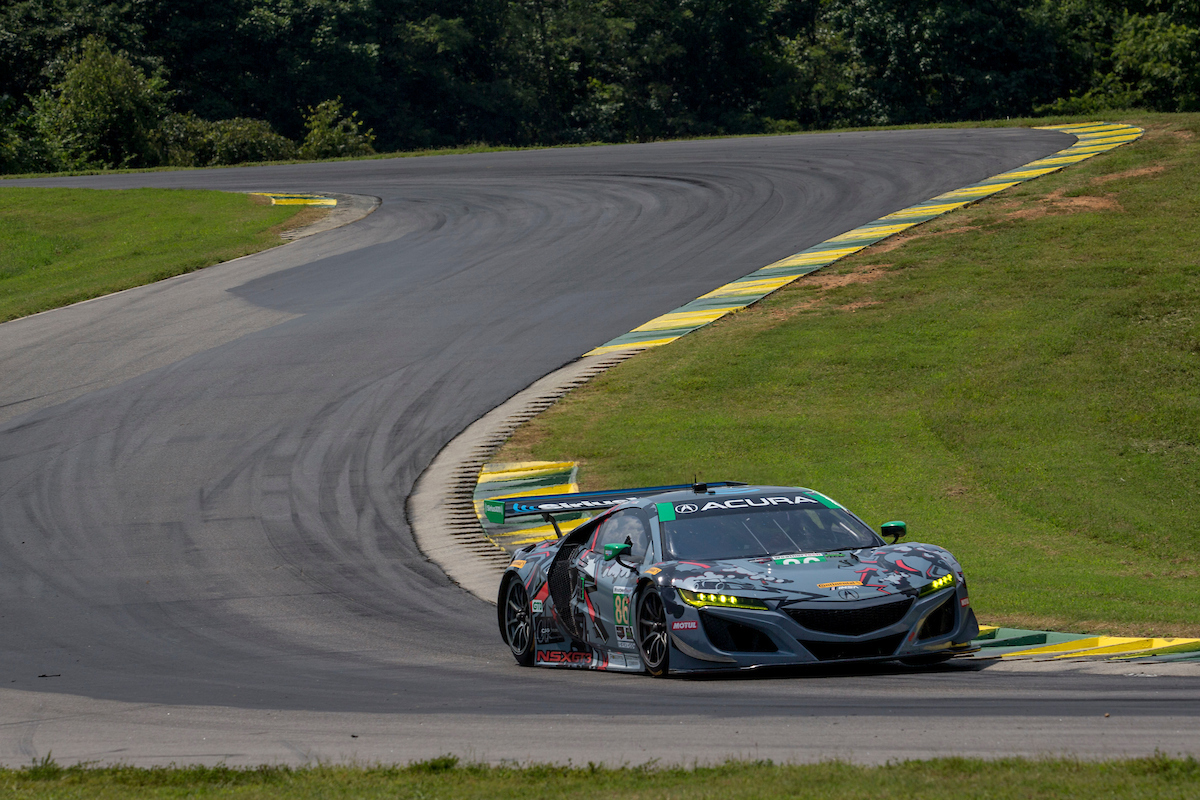 “Tremendous effort from the whole team and all of the drivers,” said Shank. “We fought super hard – we weren’t really crazy about our car throughout the weekend but Katherine (Legge) just drove her butt off at the end there and I’m just so proud of her for getting that done. We had to do whatever we could with the No. 93 because we were a lap down with that car – through no fault of Justin’s (Marks) or Lawson’s (Aschenbach) and we had to do something so we tried to two tires on that last stop but it didn’t work. We talked about taking chances and we did.”

Meyer Shank will be getting ready for a busy September as the team prepares for three straight race weekends starting off with the Grand Prix of Portland IndyCar event on August 31st – September 2nd.