Daytona Beach, Fla. (24 January 2018) – Making her first official qualifying run for the 57th running of the Rolex 24 At Daytona, Bia Figueiredo (Ana Beatriz) qualified ninth in the No. 57

Only two practice sessions preceded the 15-minute qualifying run. Figueiredo, who set the fastest time in qualifying during the Roar Before the 24 event weekend (which set garage and pit assignments), was aiming for the same success. At the close of the session, she laid down a lap of 1:46.116, placing her on the fifth row for the start of the twice around the clock event.

“We had so much rain this morning and it’s so much warmer than it was at the Roar, so the car is different,” said Figueiredo. “We worked hard to fix the car, but it didn’t go the way we wanted it to go. The time is fair but I wish we could have at least repeated the time we had at the Roar so we could be closer to the pole, but we’ll work to have a better car for the race.

Program leader, Jackie Heinricher, was beyond excited to see her effort make its first official qualifying run and is hoping to see the No. 57 move up the order during the star-studded event.

“Bia (Figueiredo) did an amazing job,” said Heinricher. “It’s great to be here with the entire Meyer Shank Racing team. All of the girls have proven to be strong on and off the track and it’s exciting to see this all come together. I’m confident in the drivers, and the team that we can have a very strong race on Saturday. It’s going to be a long race but we’ve done a really good job in qualifying, and we are excited to go racing.” 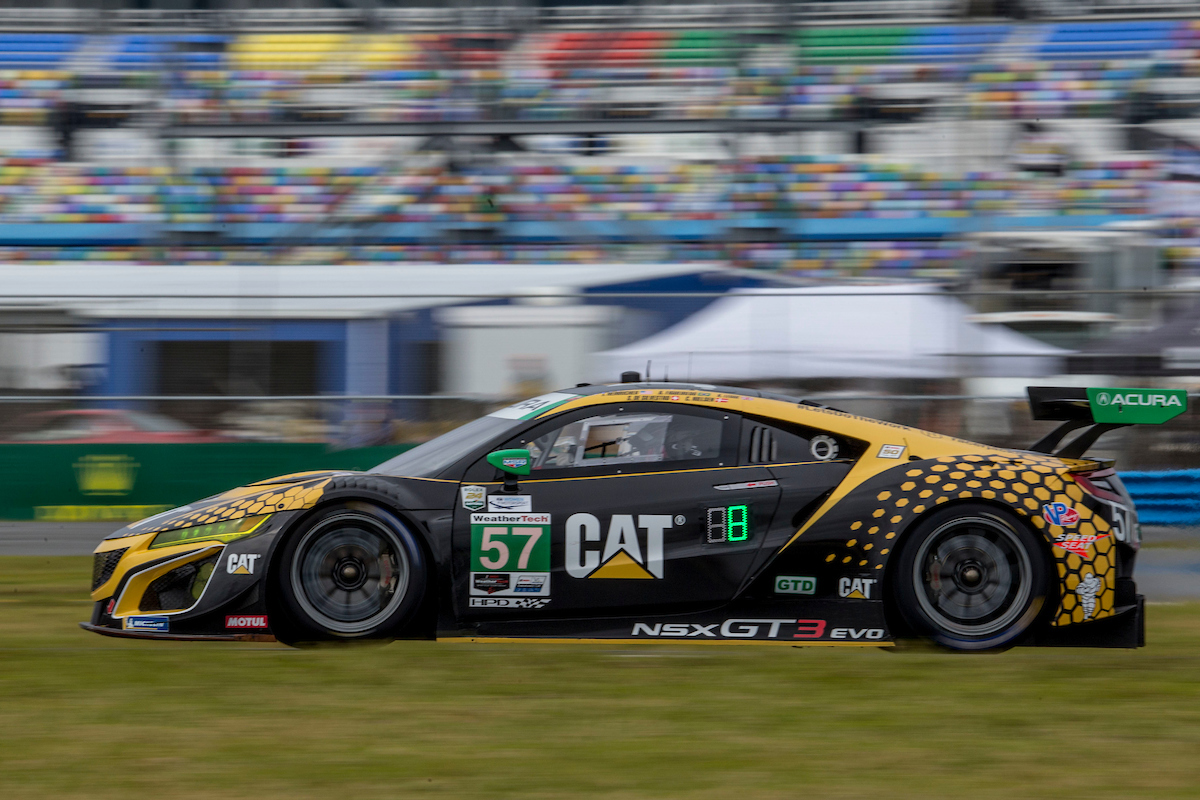 Mike Shank not only serves as owner of the team but is on the box making calls for the No. 57 Heinricher Racing with Meyer Shank Racing entry. Still hoping for some more speed, Shank is eager to see this program put on track come Saturday.

“We didn’t have quite the pace that we were hoping for during qualifying but I know we will get there,” said Shank. “Bia (Figueiredo) did a great job, it was her first time officially qualifying the car and she is a really strong driver. It’s been great to see the team dynamic between Katherine, Christina, Bia, Simona and Jackie. We have a strong group and to have Jackie, who despite not driving, is still right there supporting us, it’s been great. We are making gains and are going to be prepared come race day.”

The 57th running of the Rolex 24 At Daytona will begin on Saturday at 2:35 pm ET with live race coverage on NBCSN.