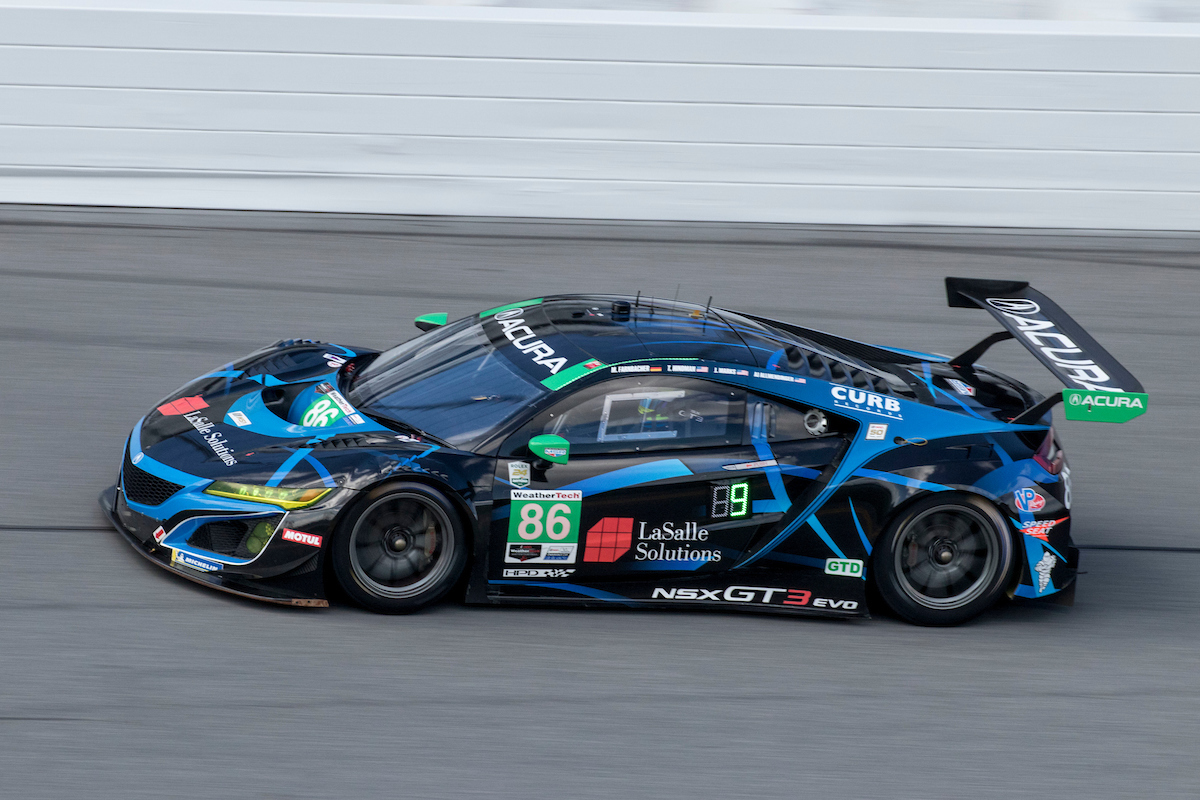 Daytona Beach, Fla. (24 January 2019) – The No. 86 LaSalle Solutions / Meyer Shank Racing (MSR) Acura NSX GT3 Evo qualified on the second row with Trent Hindman behind the wheel for the 57th running of the Rolex 24 At Daytona on Thursday.

The New Jersey-native made his first ever IMSA WeatherTech qualifying run which resulted in a third place finish as he posted a 1:45.396-second flyer.
Racing alongside Mario Farnbacher, Justin Marks and AJ Allmendinger, the young gun used lessons learned from his co-drivers during Thursday’s qualifying session.

Hindman is pulling double duty as he will be competing in both the IMSA Micheline Pilot Challenge race on Friday as well as the twice around the clock event on Saturday and Sunday.

Having scored podiums in every race that he has competed in with MSR (2nd place – 2018 Rolex 24, 2nd place – 2018 Petit Le Mans), Hindman will look to continue those results in 2019 as he runs the full season with the team. 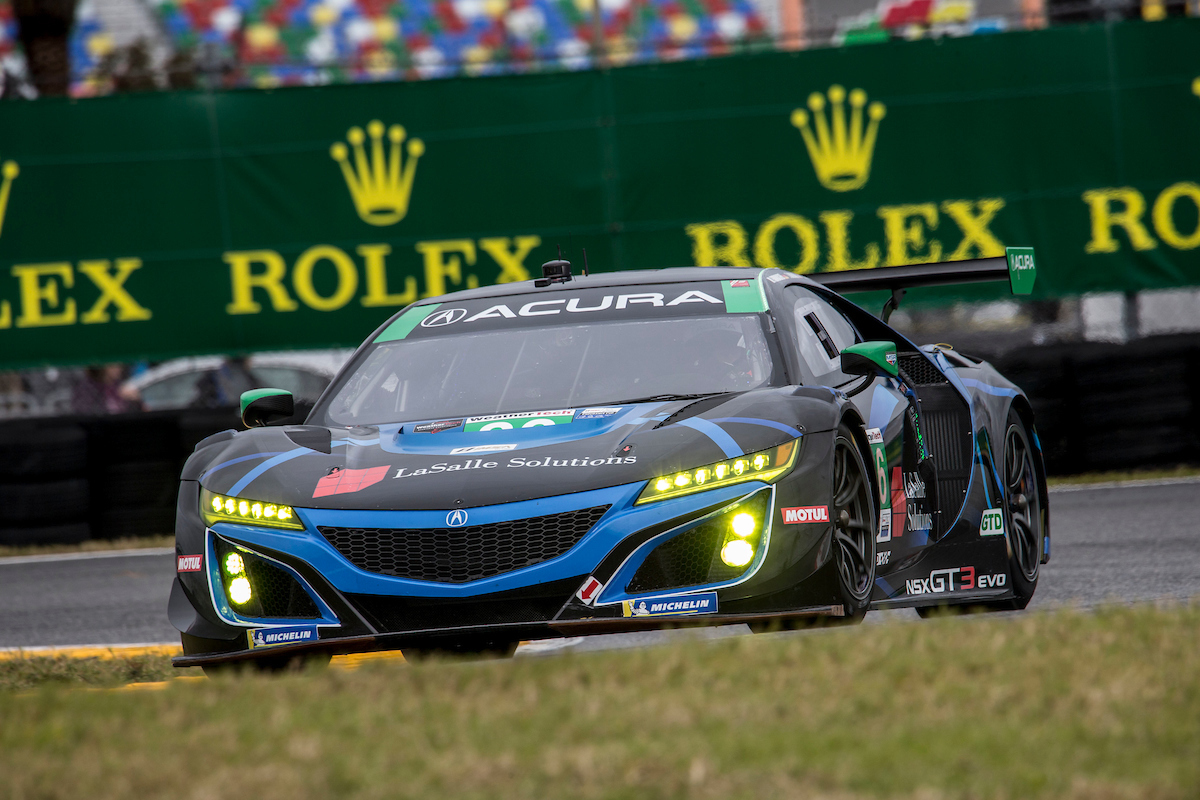 “This is the first time I’ve qualified this car – in fact, it’s my first time qualifying in the WeatherTech series so there’s definitely a lot of things to manage, coming into an environment like this,” said Hindman. “We’ll take it in stride, I have a great team behind me, fantastic co-drivers and fantastic teammates across both teams that I’m learning a ton from. I’m pretty young in this whole WeatherTech Championship so there’s a lot for me to learn! You want to end the 24 hours at the front so starting at the front is an advantage. The goal is always to be on the pole but we’re happy to be in the top five. The Meyer Shank Racing guys gave me a fantastic LaSalle Solutions Acura NSX GT3 Evo and we look forward to trying to get ourselves some new watches on Sunday!”

“Trent just did a great job,” said Shank. “He is so quick to learn and get up to the pace that we need him to be at. He listens and takes in all of the information and it shows when he gets out on track. I think we have a really solid lineup with Trent, Mario, Justin and AJ. These guys will be someone to look out for and Trent started us off on that track with his qualifying run.”

The LaSalle Solutions / MSR Acura NSX GT3 Evo will take the green flag for the 57th Rolex 24 At Daytona on Saturday, January 25th at 2:35pm ET. Watch live race coverage on NBCSN or on SiriusXM Ch. 202.